Skiing and snowboarding in the Republic of Macedonia are popular sports that is enjoyed by the local population, as well as by foreign tourists. Macedonia offers good climatic conditions for this sport. Alpine and Nordic skiing is the main event held to promote the beauty of Macedonian mountains. 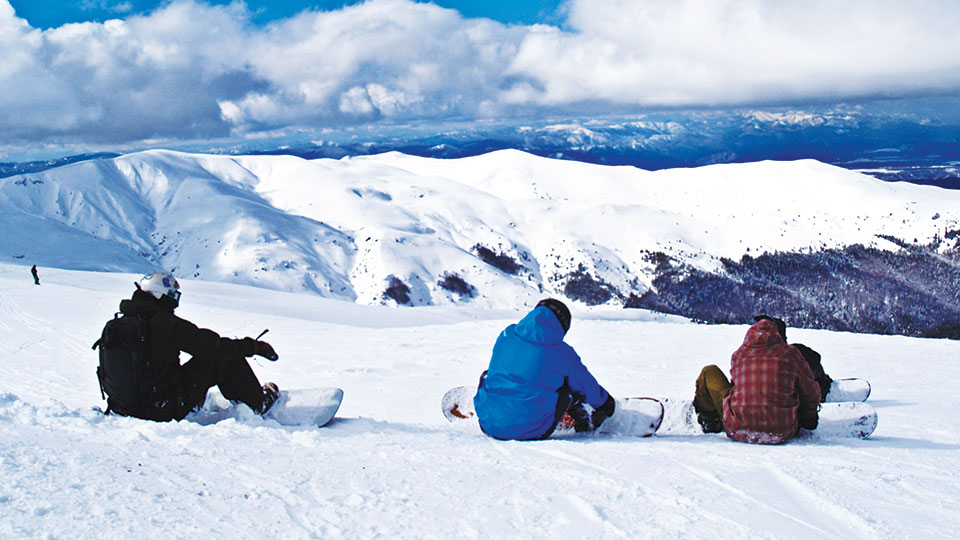 There are two traditional events organized by Macedonian skiers. Mavrovo Memorial Tournament and the International Alpine Skiing Tournament, also known as the Shara Mountain Cup, are the two most popular events in Macedonia organized by the Bistra Local Community and Popova Shapka, respectively. Skiing and snowboarding are sports that are very popular in Macedonia. You can ski and board in several places such as: Mavrovo, Shar Mountain, Kozuf, Pelister and Krusevo. 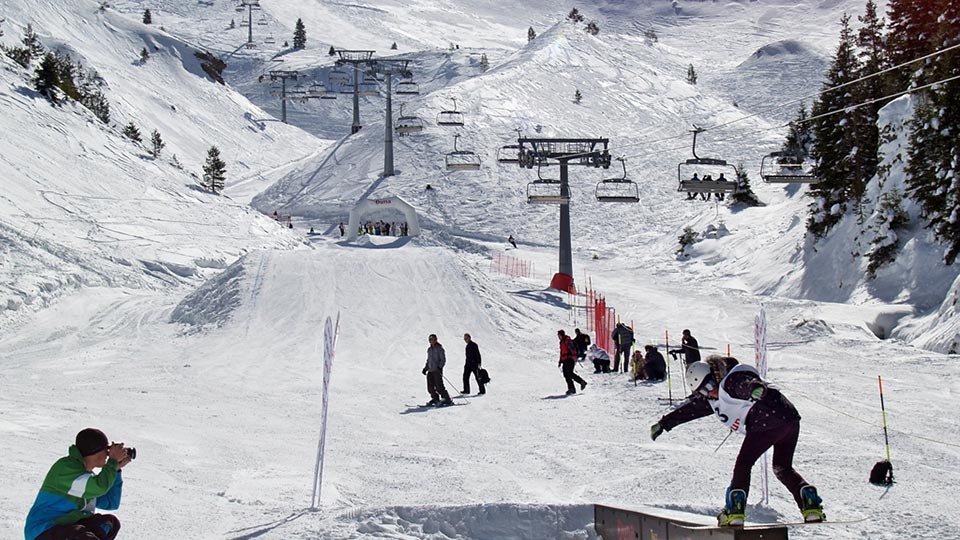 Popular ski centres in Macedonia are Mavrovo, Popova Shapka, Krusevo> and Pelister, and Macedonian travel agencies already have packages for one-day and multi-day visits to a destination that includes skiing or boarding. 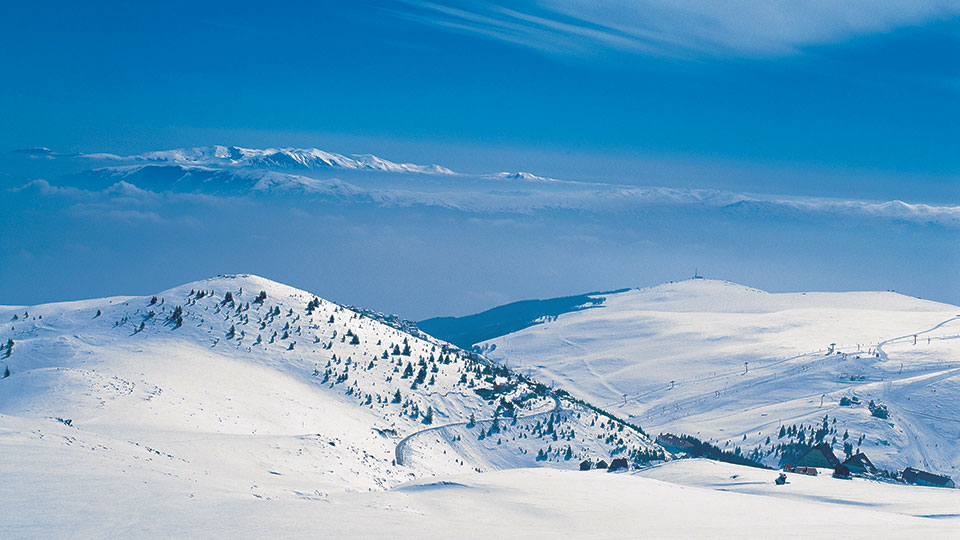 Mavrovo is known for one of the most beautiful ski centres in Macedonia – the ski centre "Zare Lazarevski" located on the slopes of Mount Bistra. The magnificent Mavrovo lake surrounded by tall and beautiful mountains offers great opportunities for tourists who decide to spend the winter vacation here. What the Ski Centre offers and the services provided here include the following: 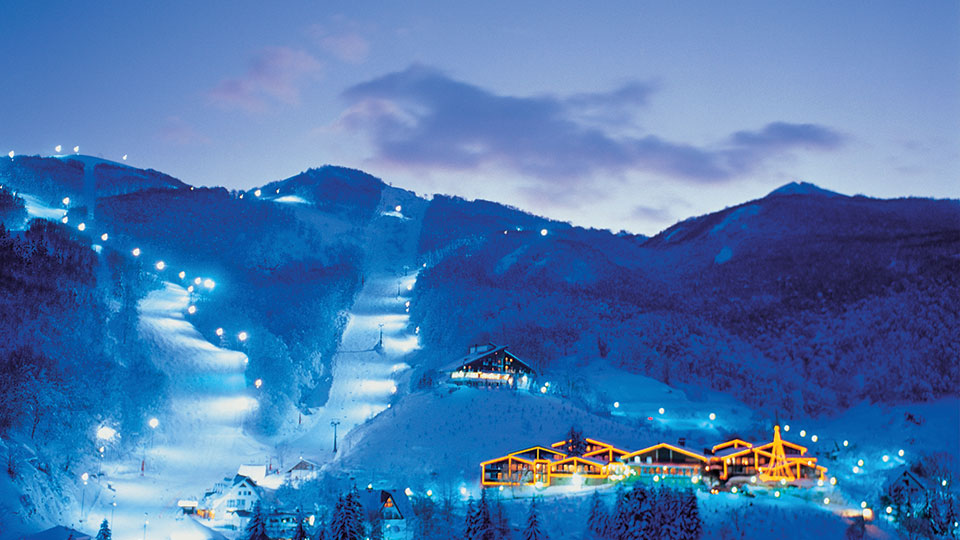 The ski centre offers excellent conditions for snowboarding fans and many conditions for skiing in a different way such as the 7.5 km long cross-country ski trail "Mirna Dolina" or using the 30 km long trail, where the Mavrovo commemorative tournament (free style) is held. The ski centre organizes international competitions in slalom and giant slalom, snowboarding, etc. 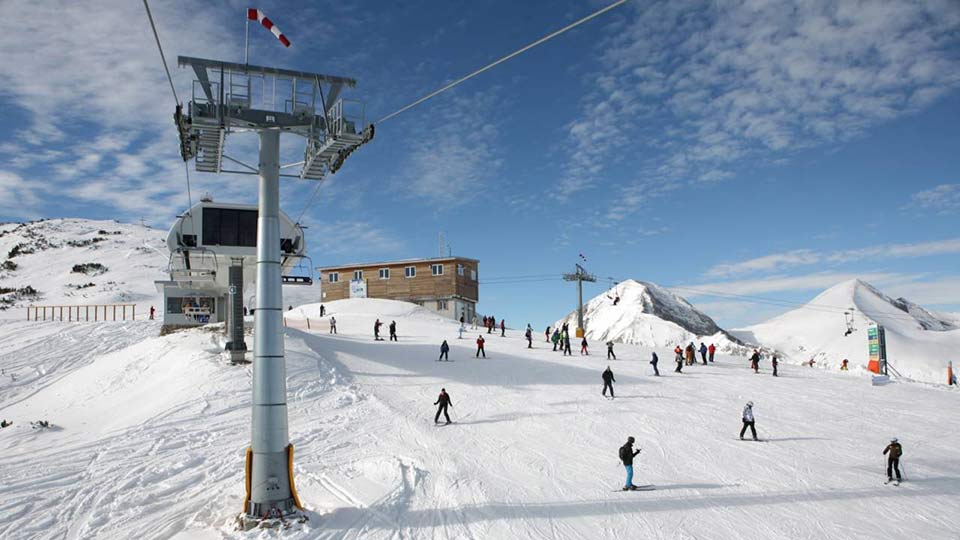 On the territory of the park, especially on the mountains Bistra, Korab and Krchin, there are ideal conditions for ski touring and free-ride, which is a hit in the world. The National Park Mavrovo strives to provide ideal conditions for tourists who will use these routes in the future and at the same time it promotes them at several important fairs (at the beginning of 2011, international tourism fairs were attended in Berlin, Istanbul and Tel Aviv). At the moment, in cooperation with the Macedonian Association of Professional Mountain Guides, a team of 10 local professional guides is preparing to serve the tourists who will seek such services. 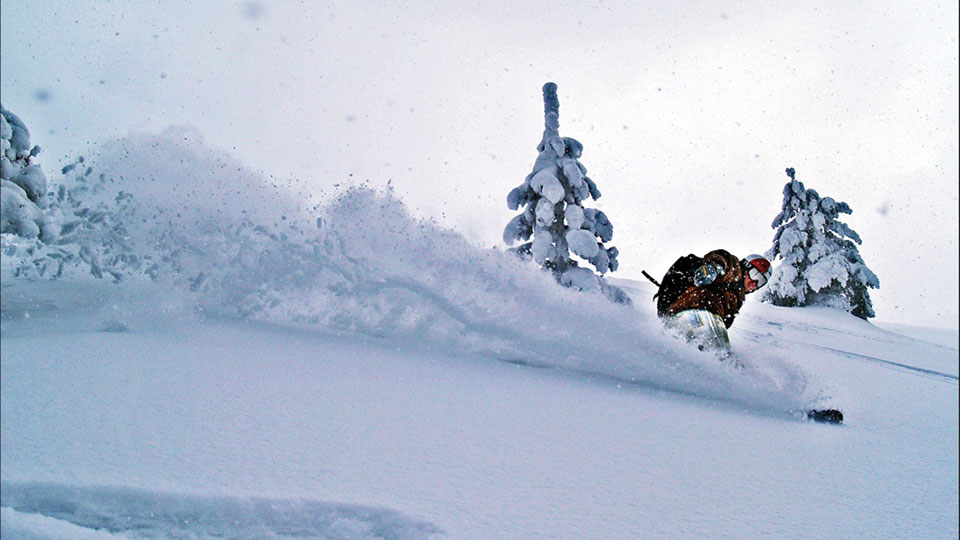 Krusevo is a famous winter tourist centre in Macedonia. Its advantage is that the winter season lasts from November to the end of March. The winters are mild, sunny and fairly snowy. The ski slopes of the Bushova mountain on both sides are 1200m and 1400m. Winter sports lovers use ski slopes not far from the city. Ski slopes are located in the locality Stanic, which is equipped with ski lifts: two-seater ski lift with a capacity of 720 persons/hour; two-seater ski lift with a capacity of 700 persons/hour; single-seater with a capacity 600 persons/hour. Ski clubs from Krusevo organize skiing schools for beginners also renting the complete ski equipment. There are also terrains for professionals, and this is the track that lies under the cable car and the ski runs for Nordic running. 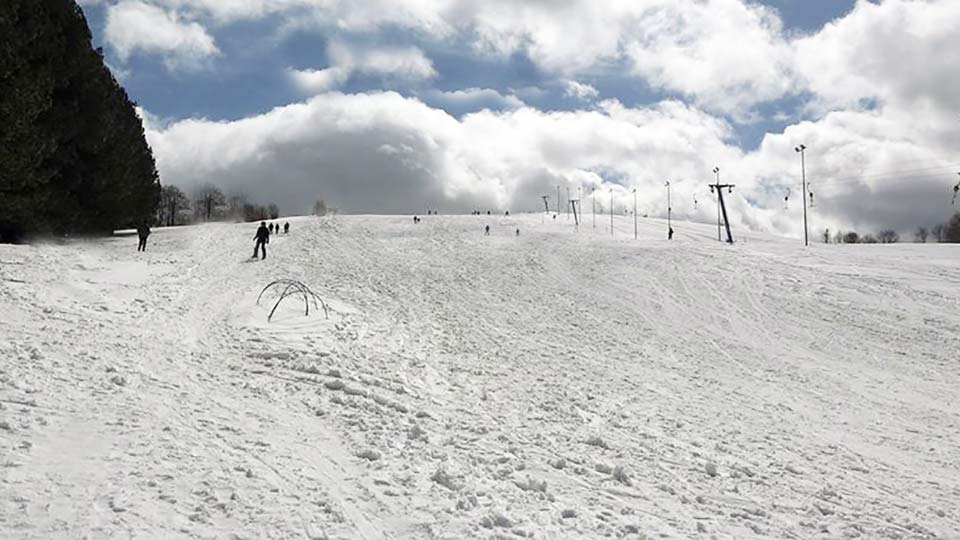