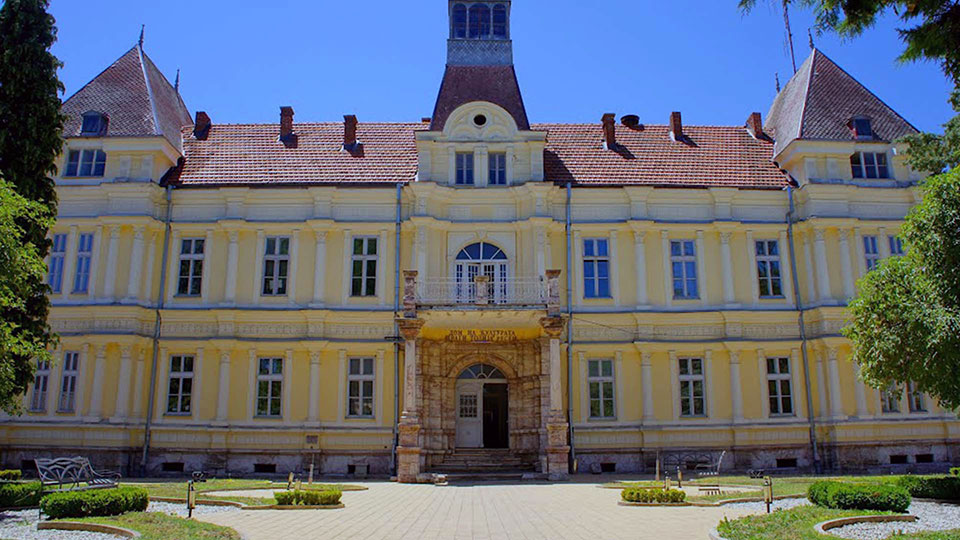 
Resen known as a "little Paris"

The area around Resen is considered to be an ecological entity of global significance, because here you can find various biotopes - lakes, mountains and forests that have unique, one of a kind characteristics. The Prespa Lake, the national parks Galicica and Pelister give the region a special beauty. Prespa Lake is the second largest lake in the Republic of Macedonia. It is located on the south side of the Prespa valley between the mountains Galichica and Baba 835m above sea level. 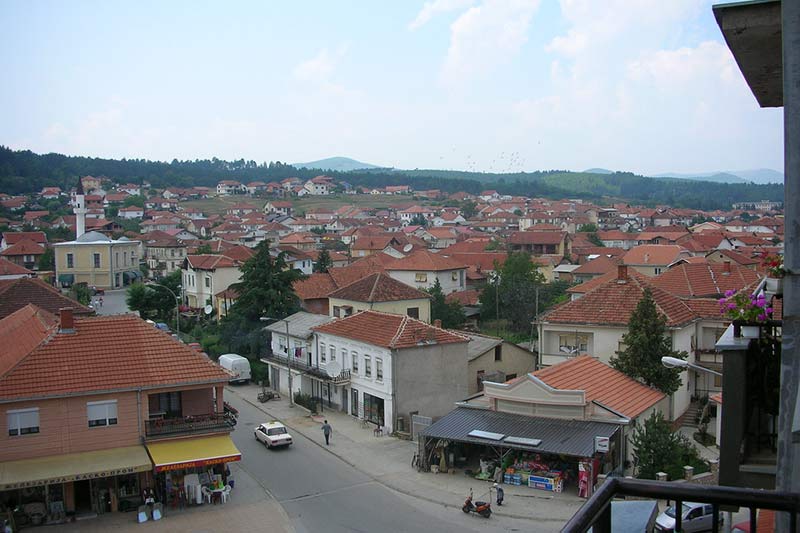 Where is Resen located?

Resen is a town located in the southwestern part of the Republic of Macedonia and is an administrative and economic centre of the Prespa area, which is surrounded by high mountains. Baba on the east side, Galicica from the West, Bigla from the north side. Local government, business and important institutions are located in Resen.


Resen has a good geographical and traffic position, through which the main road from Durres passes through Tirana, Ohrid, Bitola and Gradsko. Traffic communication with Greece takes place through Dolno Dupeni, and with Albania via Stenje. Border crossings are: Medzitlija with R. Greece, at a distance of 45 km from the town of Resen and Stenje with R. Albania, at a distance of 23 km.


Today, according to the function, the Municipality of Resen represents a small town settlement with the role of economic, health, cultural and educational and administrative centre for the surrounding settlements in the Prespa valley. The population is mainly engaged in agriculture and animal husbandry. Resen quality and delicious apples are well-known. 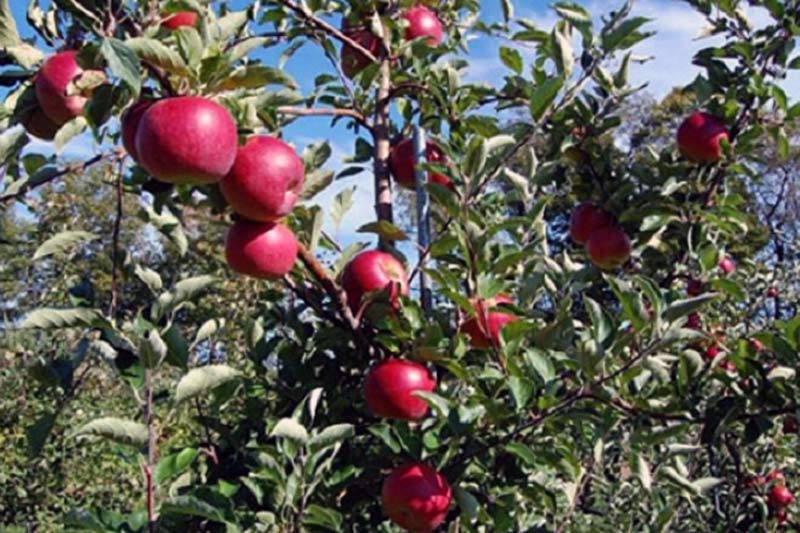 The historical features of Resen

Prespa culture dates back to Neolithic times. The famous Roman Via Egnatia road passed through the valley during the Roman Empire. There are many art monuments in the region. The most popular is the monastery in Kurbinovo built in 1191. Pottery had been developed in Prespa in the past and is still present due to Resen's ceramic colony. The colony is a home to many world-famous potters from everywhere, during the summer period, every year.


In the House of Culture "Dragi Tozija" numerous cultural manifestations are held in the town as performances of cultural and artistic associations, theatrical performances, literary readings, book promotions, announcing prize competitions for literary and artistic works, which are actively attended by students from all over Prespa.

The Prespa region through legends!

Many years ago, King Marko (the last king who ruled most of Macedonia (around 1335 - 1395) before the centuries-long rule of the Turkish sultans) wandered along the coast of Prespa Lake. Walking, he wished to see the small lake, that is, the Lake Mala Prespa (today in Greece), so he got up on a stone and left a trace on it. Today this place is called Marko's foot in Dolno Dupeni.

The serraglio of Niyazy Bey

This is a story of an unaccomplished dream, of an attempt to bring a part of Paris to the small town in the south of Macedonia. The person who ordered the construction, Ahmet Niyazy-bey, as a student at the military academy in Istanbul and probably a member of the Young Turks movement, wanted to convert Resen into a "little Paris", wanted to build bridges, similar to the Parisian bridges of Seine. His house was right across the serraglio and wanted to make a bridge across the street to make it easier to reach the serraglio.


He wanted to ruin the already existing bazaar and make a new one with streets that would resemble the Parisian ones. Ispired by this dream, he wanted to demolish the shops that were there, but the Resen traders did not accept the proposal of Niyazy Bey, and in 1910, he infuriated set fire to 30 shops of Resen guilds. He later paid for the damage, but failed to convert Resen into a "little Paris", because in 1912 Turks left the city massively.

Do you know how Ahmed started dreaming this dream?

It is all the fault of one postcard (photo) from a palace in Paris, which will permanently change the history of Resen. Niyazy Bey received this photograph and according to it, in 1904 the construction of the Resen Serraglio began. Until now it has not been confirmed which Paris facility was in the photo. At first glance the serraglio resembles the palace in Versailles, others compare it with the residence of the Paris Mayor (formerly Hotel de ville de Paris). The rich Resen bey was unfortunately murdered in 1912 in Durres, before the palace was completely finished. 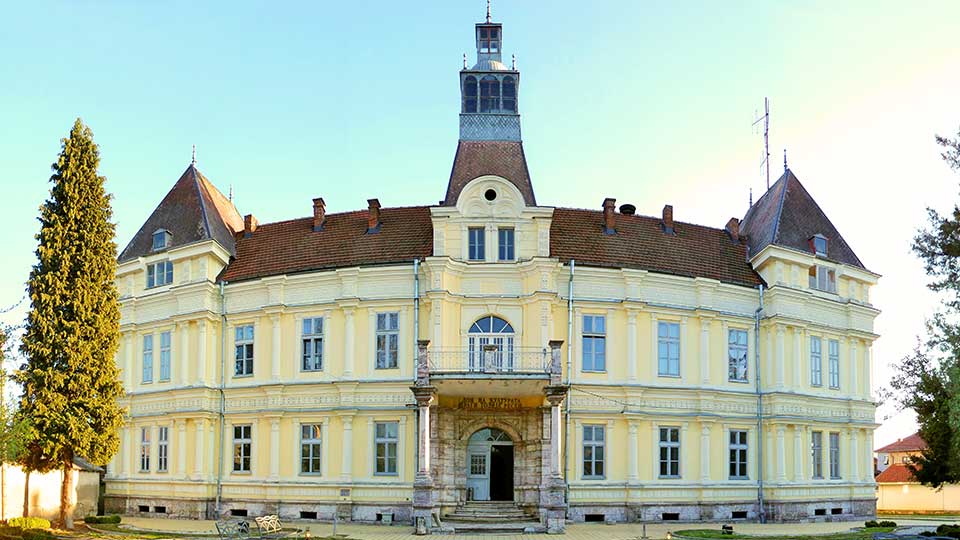 The palace in the town of Resen is one of the most representative examples of buildings built in neoclassical style in Macedonia. Built in French Renaissance style as a facility with high aesthetic and functional values, it is considered one of the most important examples of architecture from the early 20th century, featuring elements of European historical styles in architecture. The serraglio is a magnificent building of which the residents of Resen are proud. It is underlined by the prestigious status of "the most beautiful building in Macedonia".


The fascinating facility is 25 metres high, with an area of 4,800 square metres interior space, and in the creation of the interior refinely processed high quality materials were used. On the first floor are the premises of the home of culture "Dragi Tozija" and the permanent exhibition of works by the Macedonian painter Keraca Visulcheva and the gallery of works from the Resen ceramic colony, which is one of the ten ceramic colonies in the world under the auspices of UNESCO. Today the second floor of this building is used as an archaeological museum. 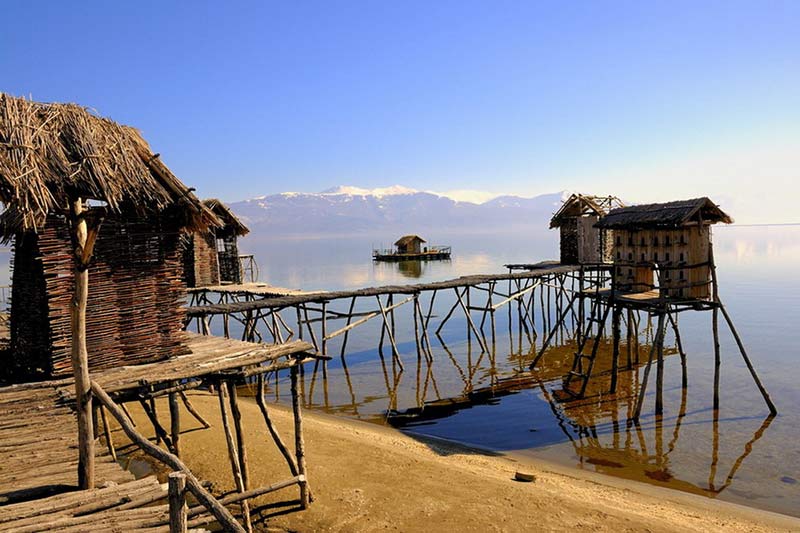 The mosque was built by the Bitola Bey Hadzi Ramardan in 1592. It has been restored several times and so the format of the so-called opus cloisine was preserved.. 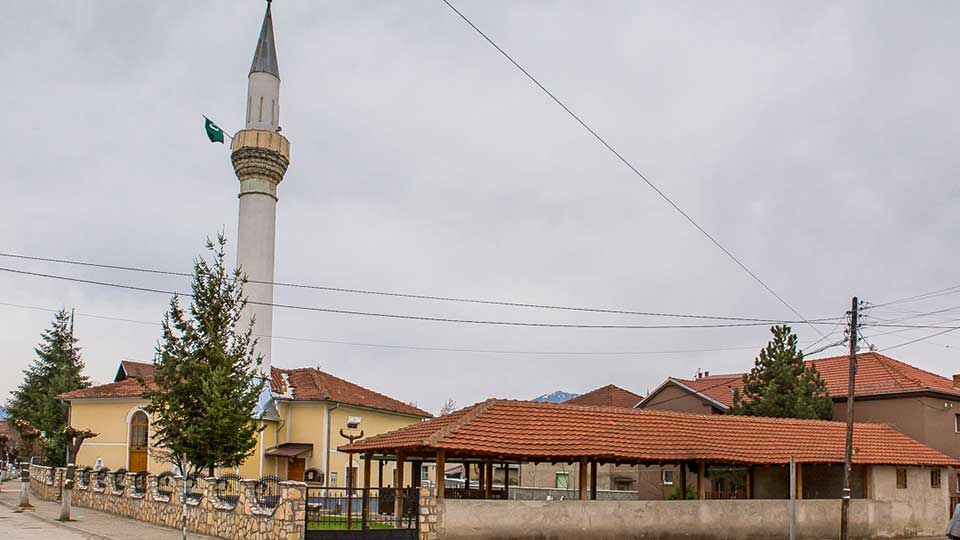 Tourist attractions in the vicinity of Resen

The tourist attractions in the Resen area are diversified and attractions for all travellers profiles can be offered. On the territory of Prespa there are 130 archaeological sites from different periods of the development of material culture, then 1000 archaeological exhibits, 500 coins, and 450 exhibits of ethnological heritage. There are 95 churches and monastery complexes registered, as well as 1024 icons. As a more significant monument of sacral architecture, the church "St. Gorgi” in the village of Kurbinovo, built in 1191, stands out. Other 32 significant churches and monasteries are: "St. Ilija "in the village of Grncari (13th century), "St. Petar "- Island Golem Grad (14th century), Slivnica monastery (17th century), “H. Petka" in the village of Brajcino (17th century) and so on. 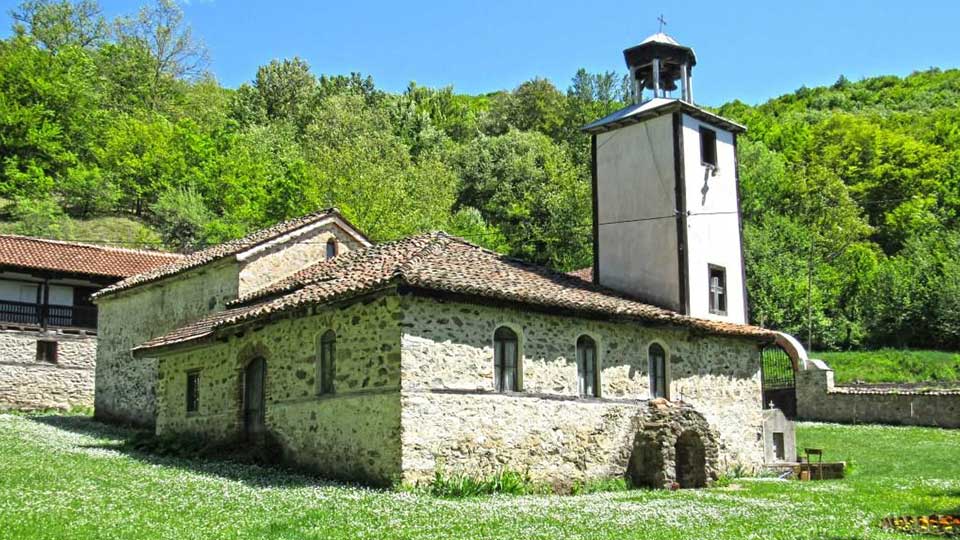 Particularly attractive and natural rarity is the island Golem Grad with an area of 1 km2. It is surrounded by lush forest vegetation with the highest Foja evergreen tree presence, which is a real rarity in Europe. There were seven churches on the island, of which only one is preserved St. Petar of the 14th century. Golem Grad is an archaeological site with remains of habitats, churches and necropolises from the Roman epoch and the Middle Ages. It is a rich reserve with endemic biodiversity and is an attractive picnic area for visitors and tourists in the region. All monuments of sacral architecture represent a tourist value for Prespa. They achieve their significance even more by their protection and preservation of their authenticity. 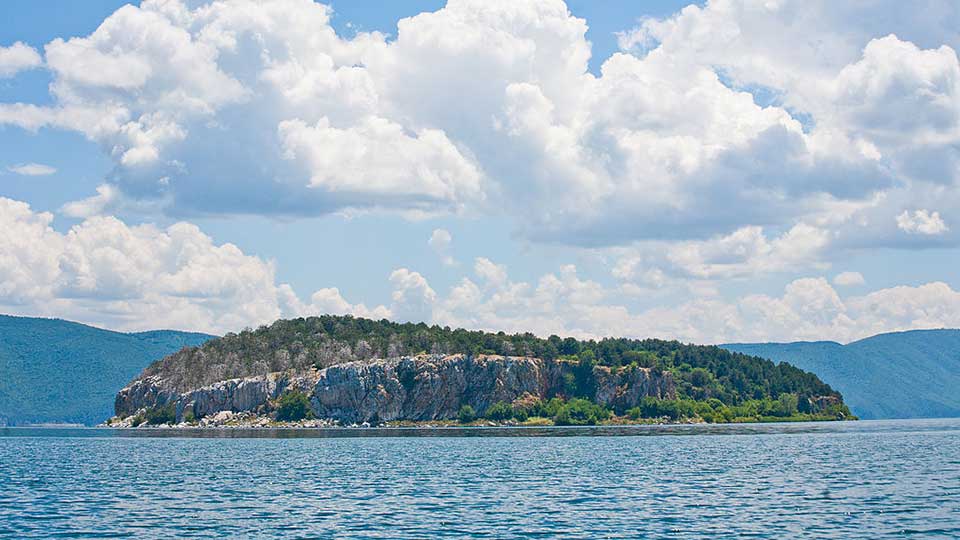 On the northern part of the lake lies the Nature Park Ezerani on the surface of 1917 ha, of which 1066 ha are land area, while 851 ha is a water area. The ratio of land and water area is relative, because the Lake Prespa level varies considerably over the course of the year and especially for longer periods. The protected area is a habitat for about 200 species of birds, of which 62 species are listed as protected species in accordance with the Bern Convention, and three species are listed on the European Red List of World Endangered Species. 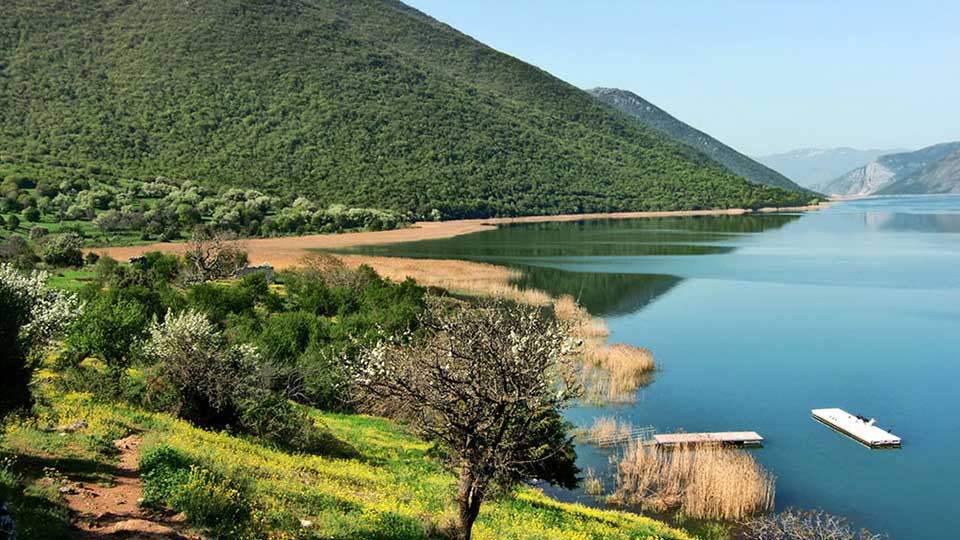 A characteristic representative of the avifauna in Prespa Lake is the pelican (Pelecanus crispus). The pelican is one of the largest birds that exist on the water, mainly in warmer regions. In our country it is only found on the two Prespa Lakes. The only colony of the Great White Pelicans (Pelecanus onocrotalus) in the European Union is located in Prespa.

Rural tourism in the vicinity of Resen

The rural settlements Brajcino, Ljubojno, Dolno Dupeni, Jankovec, Kriveni, Leva Reka are distinguished for their old rural architecture by their specificity and their values. By their architecture, they represent separate units, with stone houses, ovens and wicker fences. They are suitable for the development of rural tourism. According to its construction specifics, the Konjsko district is one of the most attractive settlements not only in Prespa, but also in the wider area. The buildings are built of mud clayed plant and with their construction remind of the prehistoric buildings from the Neolithic age. It is saved to a very small extent. 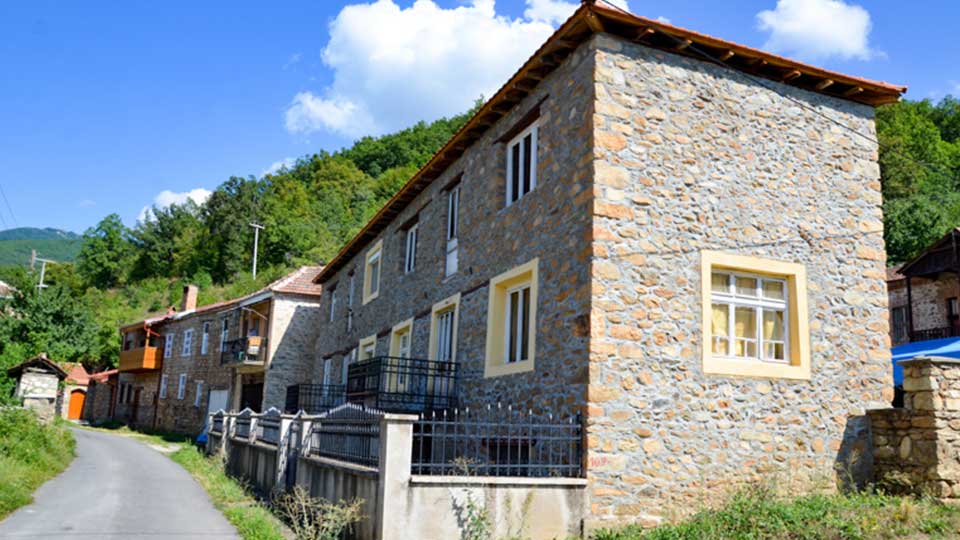 The tourist activity in the territory of the Municipality of Resen is of seasonal character. There are several accommodation facilities, that is, hotels in the village of Stenje, the village of Carev Dvor, the Pretor tourist settlement and a hotel in Oteshevo. Other forms that may develop are winter-sports tourism, mountain, health, monastery tourism, with various activities such as gathering grass, leaves and the like, whereby in perspective classical tourism in terms of accommodation, food and sun, for which the interest is decreasing, is avoided. 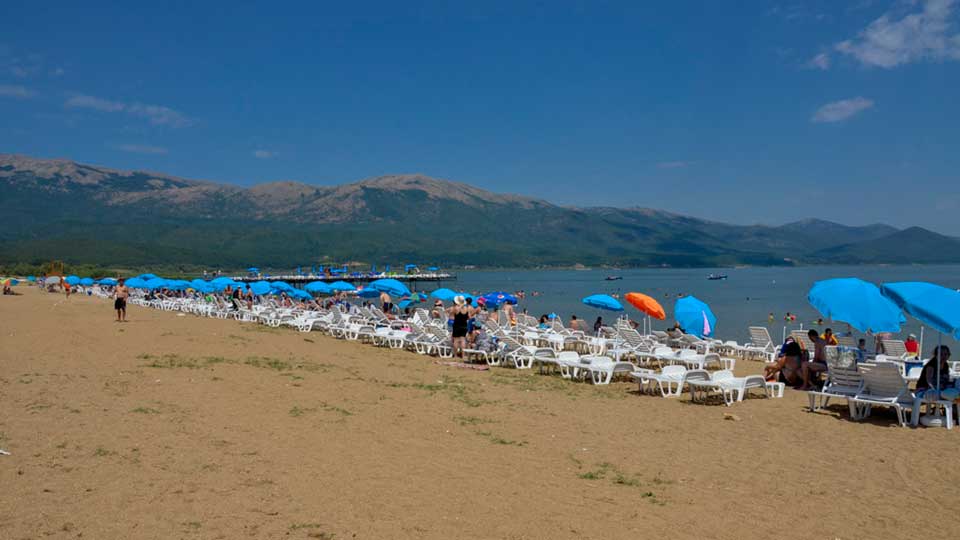 Currently, alternative forms of tourism are present in the villages: Stenje, Dolno Dupeni, Brajcino, Pretor and Ljubojno. In addition to overnight stays in these rural areas, there is also a full menu with traditional Prespa meals, such as gjomleze, pitulici, gracve-tavce, cironki, pies and apple marmalades and the like. Monastery tourism is already active in the monastery lodgings in the villages of Jankovec and Slivnica.