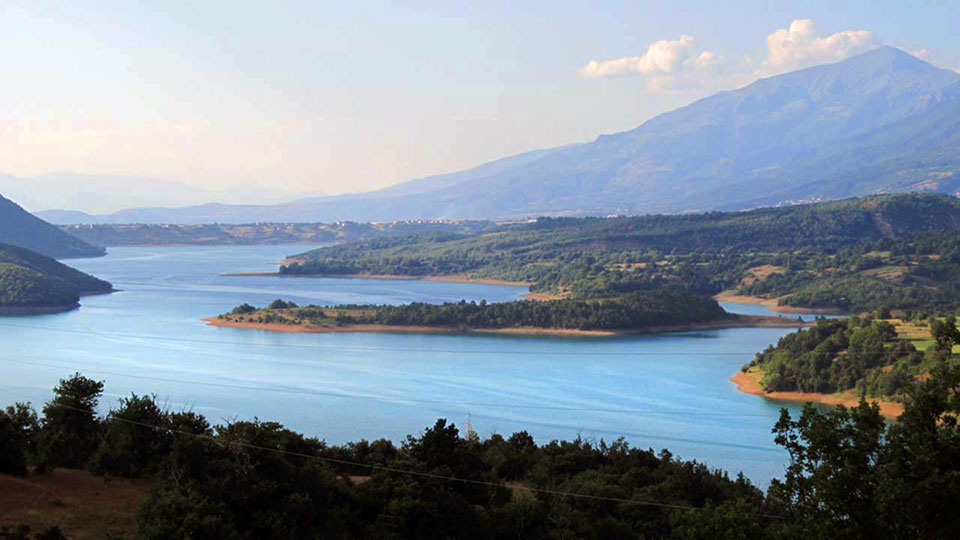 Debar is a city in the western part of Macedonia and an administrative centre of the municipality of Debar, which also includes 17 villages. It is located in the Debar Field, near the coast of Debar Lake. It is the centre of the farthest points of the western region, which is mainly inhabited by Macedonians of Islamic religion.

The name of the city of Debar

Many scholars claim that the name of the city of Debar is of Macedonian origin, that is, Old Slavic and other Slavic languages. In the Old Slavic language, the noun debar (дьбръ) denotes a valley, gorge, corresponding to the location and the surrounding area. The Macedonian educator, revivalist and teacher Jordan Hadzi-Konstantinov- Dzinot in his writings, journals and published articles in the 50s of the 19th century, often uses the word debrina, debrini for valleys and gorges. Hence it can be concluded that the name (toponyme) debar is formed from physical-geographical, i.e. orographic terms meaning valley, that is, gorge. 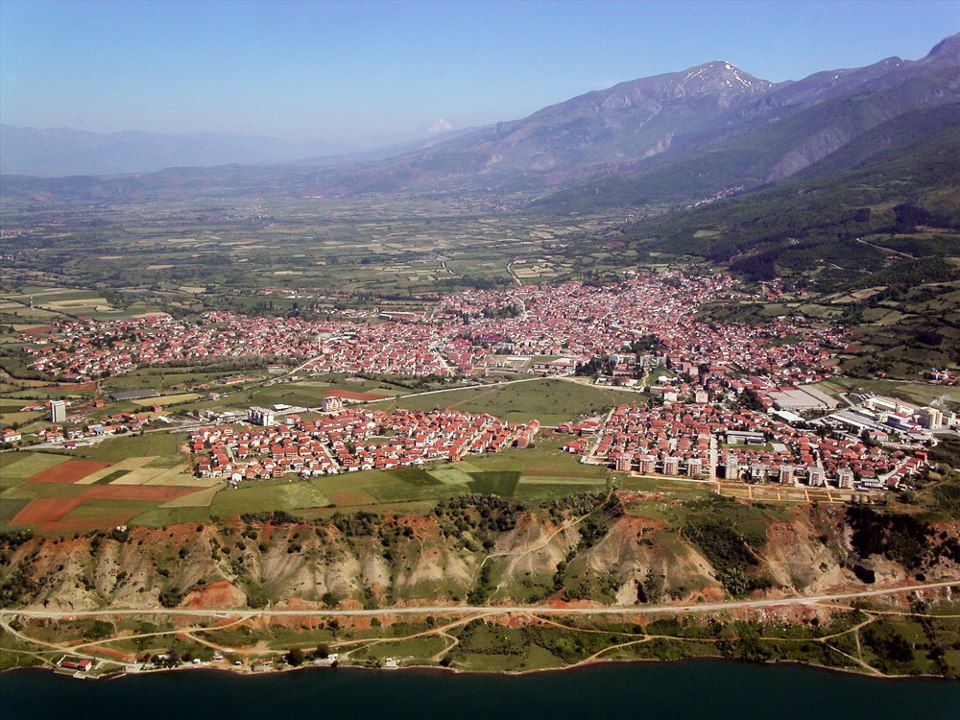 History of the name

However, the name is mentioned even before the arrival of the Slavs, that is, the word Debar is known to history before our era. Thus, in "Unnov's History" on p.86, it reads: "In 268 BC ... the Goths with 6000 sailboats and 320,000 soldiers entered Sveta Gora, besieged Thessaloniki, came to Debar where they clashed with the Roman cavalry ... ". From that it may be established, that the city is the remnant of the previous inhabitants of that place, by the name of who the whole valley (deboros) and the province was named. This thesis was also confirmed by the Czech historian Irechek, who among other things, says that the word is not Slavic, but originates from the Latin deboros, meaning valley, gorge.

Legends of the city

The legends of the folk narrator differently interpret the origin of the name Debar: In its time, it was a large village, the inhabitants of which engaged in crafts and transportation. The transporters, traveling on steep roads, made their horses tired, especially on their return, since they were heavily loaded. The tired horses were forced to move with the words "Di-bre, di-bre! "and by the time this name remained to be used for the village.

Geographical location of the city

The city of Debar is located in a valley, in the farthest points of the western part of the Southwestern region of Macedonia and in the Republic of Macedonia in general near the border with Albania. From Skopje it is 131 km away, and the closest cities to it are Struga (52 km) and Gostivar (71 km). The city lies in the southeastern part of the Debar Field at the foot of the Deshat Mountain (Krcin) at an altitude of 625 metres. It is also surrounded by the mountains Stogovo in the east and Jablanica in the south, which separate the region from the neighbouring areas Kicevo and Drimkol in the Struga area. The city is located on the very shore to the artificial Debar Lake, which was created by the construction of the Shpilje dam in 1969 at the mouth (delta) of the Radika River in Crn Drim, directly at the southern end of the city. 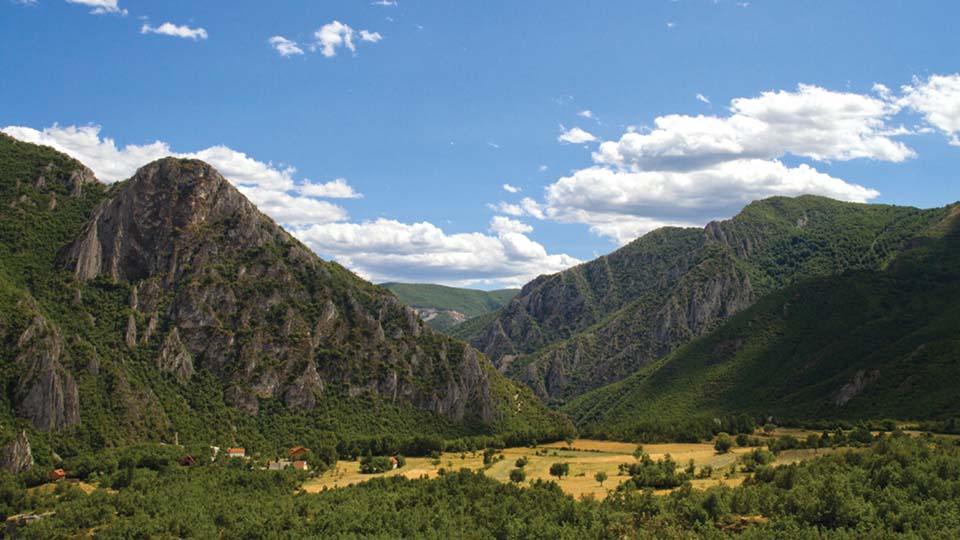 Specifics of the city

Across the city of Debar, the main road Via Egnatia passed. At that time the city included all the provinces on both sides of the middle course of Crni Drim - from Struga to Prizren, from Tirana to Kicevo and from Elbasan to Gostivar. All that attached great importance to the ecnomic centre on the western side of the Balkan Peninsula. Throughout the city, there were long columns of caravans in different directions, to Albania, Thessaloniki, Skopje.


Development of the city

In addition to trade, the crafts were very developed in Debar. The most developed crafts were the goldsmith, tailor, the blacksmith, the bricklayer, moccasin-making, the painting, the fresco painting, the coppersmith, and other crafts. It is interesting that the craftsmanship was mainly dealt with by the Macedonian population, while the Albanian population was more focused on commercial activities. The surrounding population was more engaged in agriculture, and less in livestock breeding. At the beginning of the 19th century, the migration began to develop. This migration was caused by the feudal order. The land was in the hands of ages and beys. It was cultivated by the poor Macedonian population, and less by the Albanian population.

The surrounding area of the lake is a wonderful landscape complemented by many facilities in its surroundings. Debar Lake, also known as the Spilje accumulation, was built on the river Crn Drim near the Macedonian - Albanian border. It extends along the valleys of the rivers Crn Drim and Radika. The accumulation was completed in 1969 and covers an area of 13.2 km2, with a useful volume of 70 x 106 m2. It has an earthen dam with laid gravel and clay core. It is intended for production of electricity and irrigation. At the length of 13 km along the Crn Drim Valley and 8 km along the Radika valley, the lake surroundings is complemented by the city of Debar, the Kosovrasti and Banjishte baths, the Rajcica monastery, the surrounding mountain peaks. The lake became popular for sports and recreational and tourist purposes. 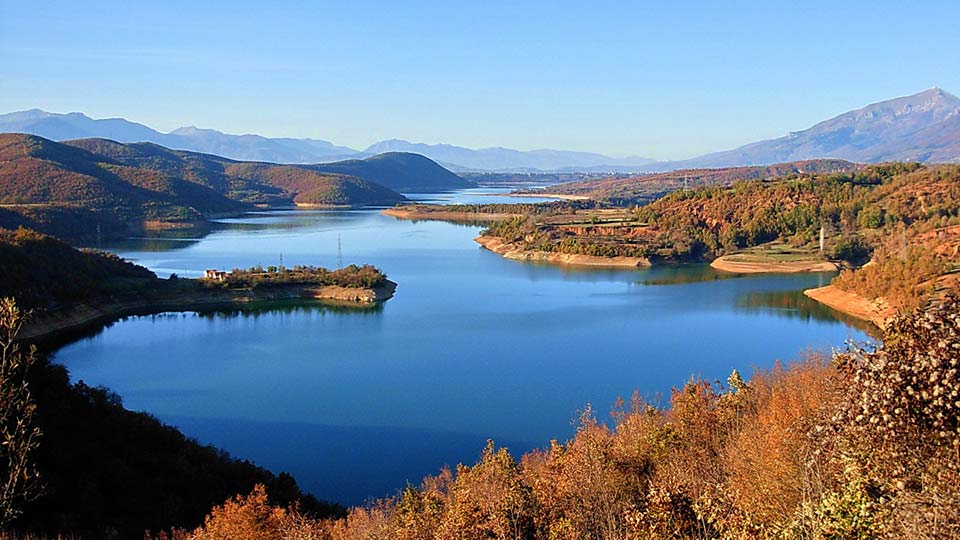 Kosovrasti Bath is located at the foot of Mount Krcin, near Radika in the vicinity of Debar. The spring has a capacity of about 60 l/sec. The water temperature is 48°C and is characterized as sulfur-sulphide with a high degree of radioactivity and the presence of algae suitable for treatment and for scientific purposes. With these features, the water is used to treat increased blood pressure, rheumatic diseases, diabetes, skin disorders, respiratory infections. 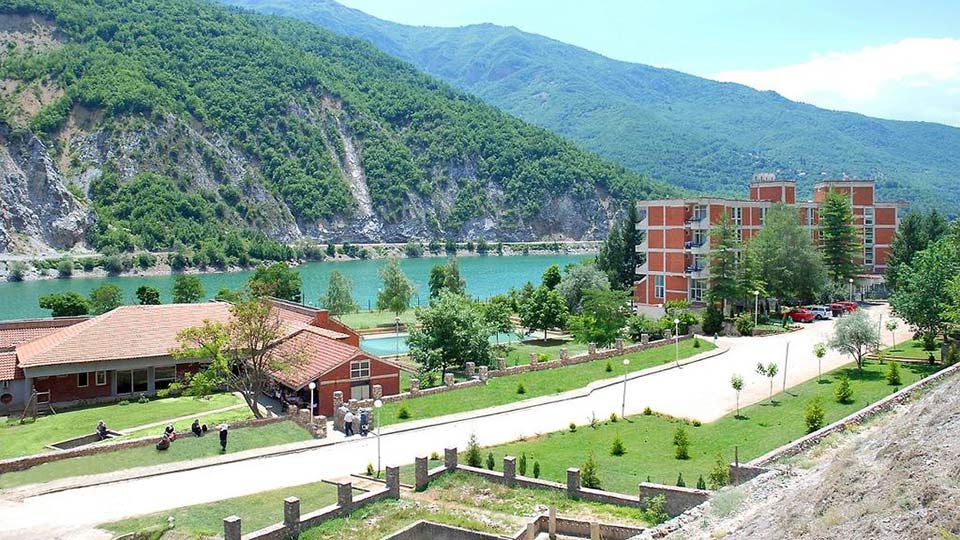 Banjiste Baths are located at the foot of Krcin northwest of Debar. The springs have the capacity of 100 l/sec and a water temperature of 38-48°C. The water has the same features as the Kosovrasti Bath. It has a very favourable spatial location at an altitude of about 650 metres. Both baths are equipped with accommodation facilities. 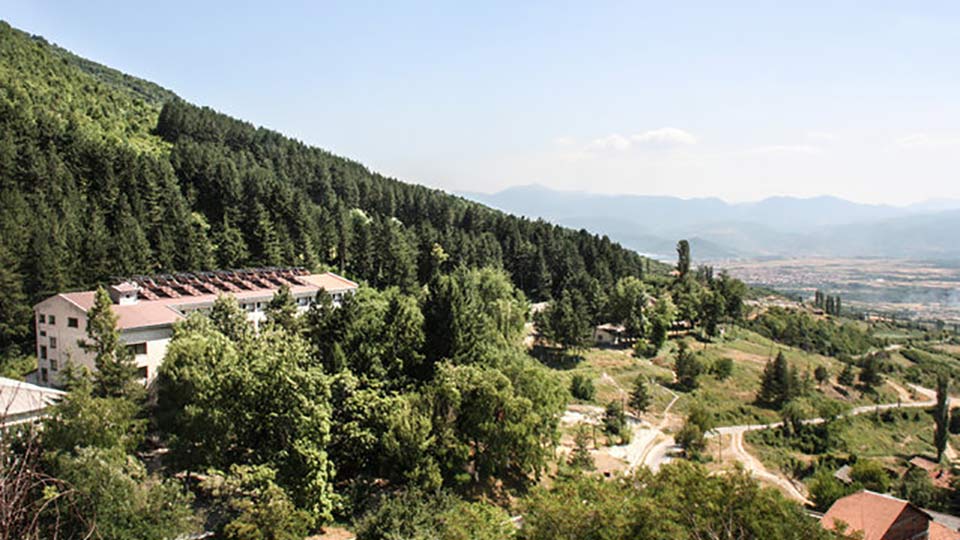 The monastery is located in the village of Rajcica, three kilometres from Debar. The monastery lodgings were built in 1835, and the church was painted in the period from 1840 to 1852. Today it is a female monastery. It contains a piece of the cross of Jesus Christ and part of the relics of St. George The Victorious. In the monastery lodgings there is room for about hundred guests who, in spite of spiritual peace, can feel the life of the nuns. In several workshops, they devotedly and meticulously make mitras (ornamental hats worn by bishops during liturgies), icons, rosaries and other church objects. The mitras made here are of high quality and demanded by the bishops. 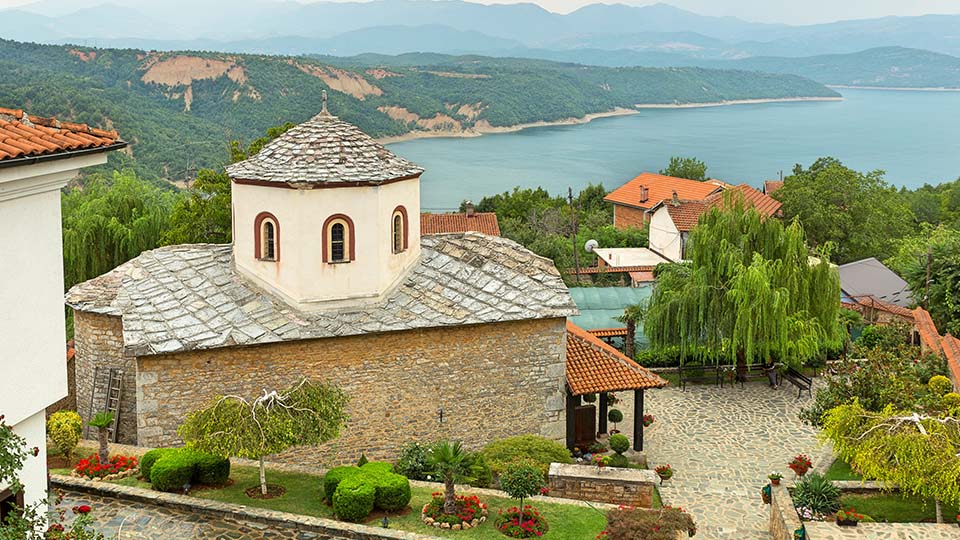 More information about Debar can be found on this website.