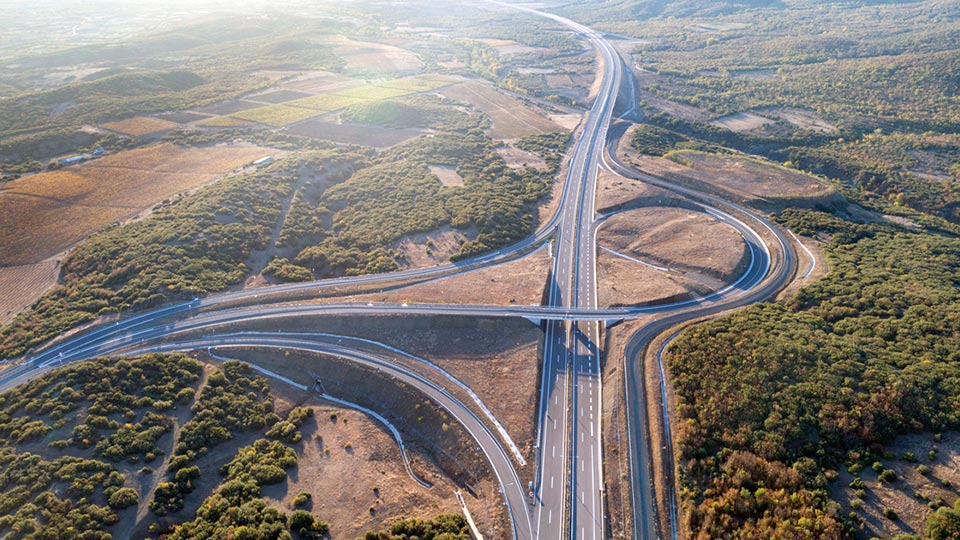 This highway is part of the network of International European Roads (E-roads), a series of major roads across Europe. The European route E75 starts in Varde, Norway in the Barents Sea, it continues to the south through Finland, Poland, the Czech Republic, Slovakia, Hungary, Serbia, Macedonia, as far as to Sitia on the island of Crete in Greece. Larger cities where this road (route E75) passes are: Helsinki, Gdańsk, Lodz, Bratislava, Budapest, Belgrade, Skopje and Athens. 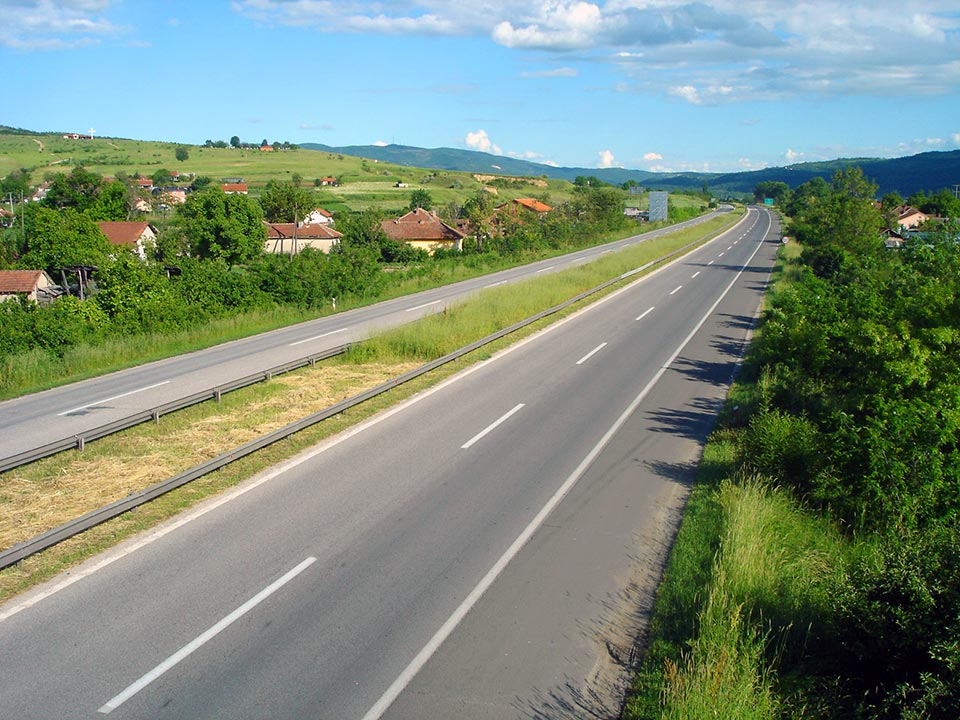 This European route E75 passes through the heart of Macedonia, cutting it in half. From Skopje, Veles, the wine region, to Gevgelija, the highway continues in Greece. Along the highway, Macedonia offers attractions for visitors who transit through the country. Estimating that about 2 million tourists only in the summer season use this route to get to their destination, it offers excellent opportunities for tourism development. A number of accommodation facilities, restaurants, coffee bars and other catering and accommodation facilities are built along the highway.

In Macedonia there are 3 wine regions which are divided into 16 vineyards, and the Tikvesh vineyard is the main producer of wine grapes and wine. Demir Kapija is an integral part of this region, a city along the European route E75 where a large number of wineries can be visited. 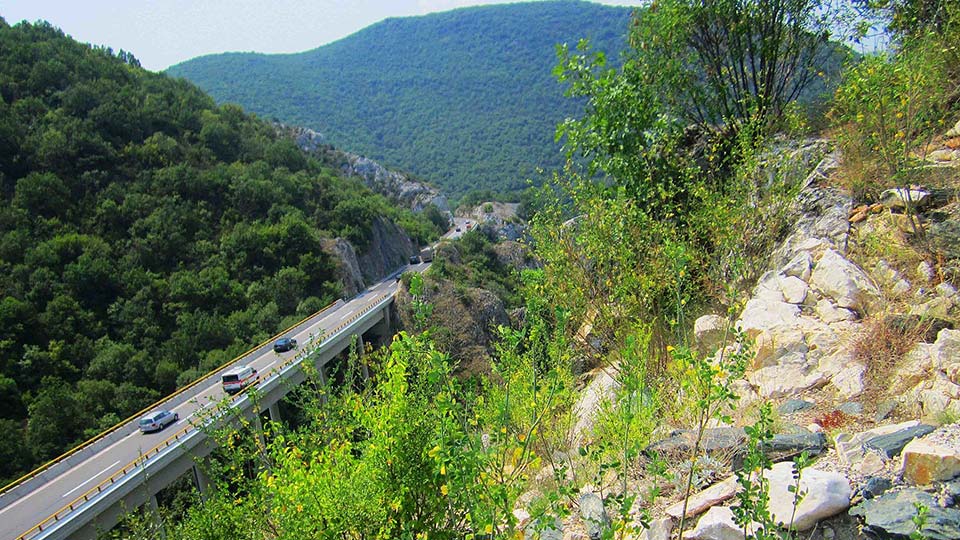 The ancient town Stobi "... Stobis, vetere urbe ...", as it was called by the Roman historian Livius, erected at the spot where the river Crna flows into the river Vardar, is the biggest town in the northern part of the Roman province of Macedonia, later the capital of the province of Macedonia Secunda and a significant urban, military, administrative, commercial and religious centre of two great empires: the Roman and the Early Byzantine one. Situated in the heart of Macedonia, at the crossroad between the Aegean world and the central Balkans, during the entire period of its existence, it was a focal point, to which the cultural benefits of the ancient world gathered. Today, the remnants of this widely known archaeological site are equally easily accessible from the international route E75, which makes Stobi a very popular tourist destination in Macedonia. The night illumination of the town walls and the discovered constructions additionally emphasize its attractiveness and beauty.

Beside the Vardar Valley, through the municipality of Gevgelija passes corridor 10 (the main route E75) and the transversal of the West-East railroad. The nearest airports to Gevgelija are the airport of Thessaloniki (Republic of Greece) at a distance of 70 km and the airport in Skopje at a distance of 163 km. The city of Gevgelija lies in the flat part of the Gevgelija valley the natural borders of which are: from the east the river Vardar, from the south Suva Reka, to the west the slopes of the Kozuf Mountain and to the north it exits to the Karaorman hill and the Mrzen hill. The total number of sunny hours per year are 2392 hours, making Gevgelija comparable to some places along the Adriatic Sea and numerous settlements in the Mediterranean. The average annual temperature in Gevgelija is 14.3 degrees, and the coldest month of the year is January with an average temperature of 3.2 degrees, while the warmest month is July with an average temperature of 25.7 degrees. 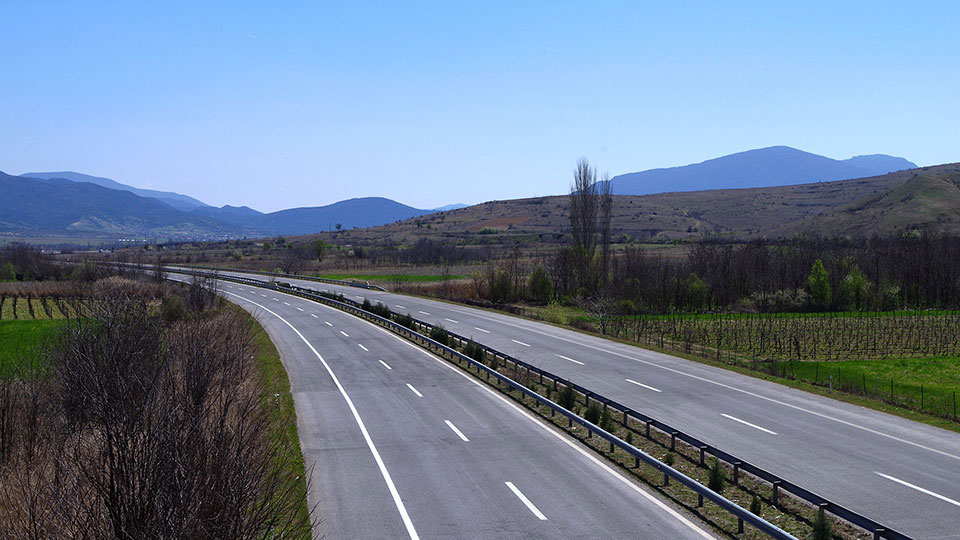