Islamic monuments in Macedonia are spectacular buildings, which have been telling the story of the Ottoman Empire’s wealth and magnificence even to this day. In the late 14th century, Macedonia was part of the Ottoman Empire, which was one of the largest empires in the history of human kind. Ottomans were present in Macedonia for full 5 centuries (until 1912) influencing the culture, religion and architecture of the entire Balkan Peninsula. The long period of contact with Turkish culture had a great impact on the mentality, language, food and many other aspects of everyday life in Macedonia, while its towns increasingly gained some oriental urban features. Through the Ottoman profane and sacral architecture, we can directly or indirectly find out about a multitude of data related to the livelihood in this region. The greatest heritage left through the five centuries of Ottoman Empire’s rule is the Ottoman Islamic architecture. During the 15th and 16th century, numerous mosques, baths, bazaars, inns, beautiful palaces and other buildings with an enchanting beauty and architectural form were built.

All these buildings were erected by people who held public office in this society. Ottoman architectural school uses influences from Byzantine and Oriental architecture, as well as the architecture and artistic traditions expressed through the participation of local craftsmen. The structure and decoration of Islamic buildings shows the noticeable participation of Macedonian builders, carvers and painters, especially in the 19th century. Monumental mosques are typical examples of the Ottoman single-domed structure with a clearly expressed desire for large space. Around some major mosques located close to the main areas or shopping centers, there have always been other structures which have either directly or indirectly been an integral part of the mosque, such as the standard facilities: türbes, madrasas, fountains, imarets, ect. Around the sacred buildings of the Islamic monumental architecture, a composition or ensemble has developed deriving from the functional needs and Islamic faith codes, which were purity of body and purity of spirit. As a result, the Islamic threesome of inn, bath and mosque has been created, an element that took an important part in the ways of spacial contsruction. 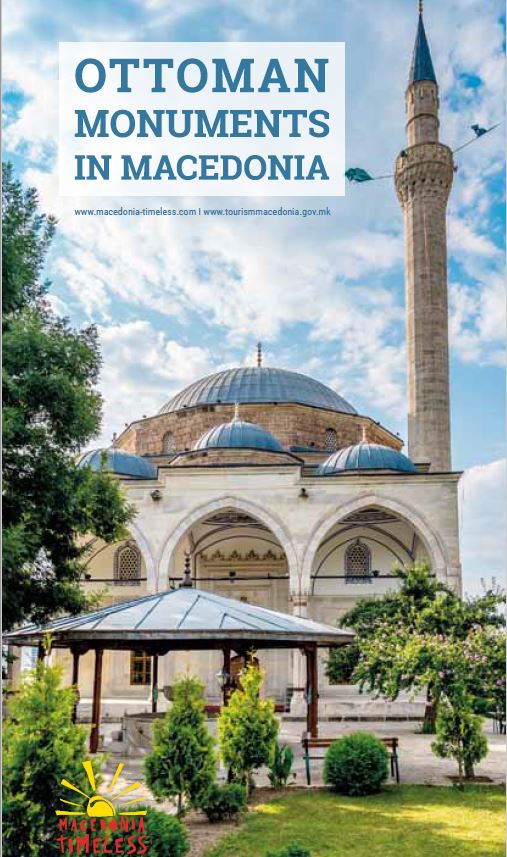