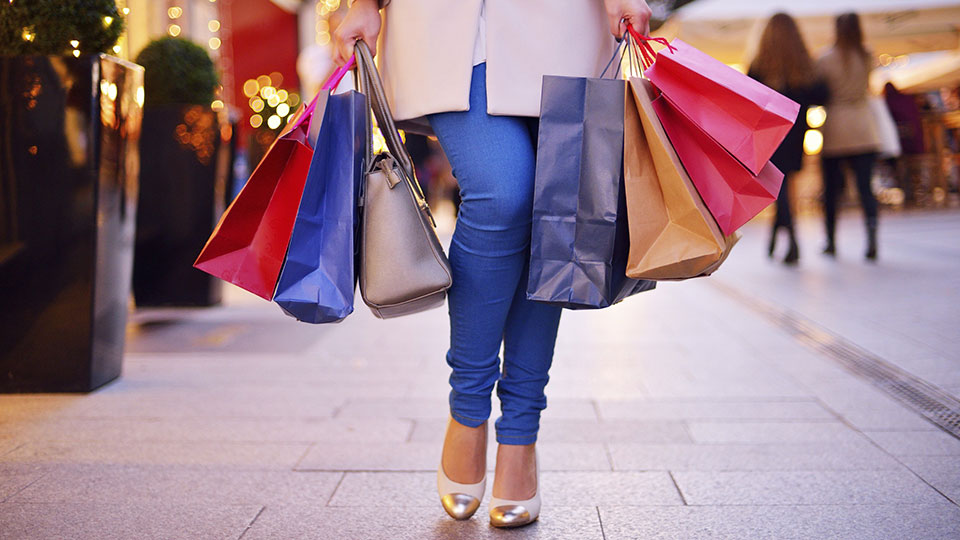 The shopping experience in Macedonia is varied. From modern shopping centres with top brands to markets with transitional works.

One of the greatest markets on the Balkans is the Old Skopje Bazaar. Although it developed and changed over the centuries, it retained its original use as a shopping spot. The Old Bazaar has always been a space for shopping and a contact zone for the Christian and Muslim populations, because they lived in separate parts of the city. The crafts were informally divided between Christians and Muslims. The shops had the same size, regardless whether they were owned by a Muslim or a Christian. Each street was a host of various crafts, and the design of shops was more or less unified. The shop windows were with wooden shutters that were down until the shop was open and the goods displayed. The Old Bazaar was surrounded by markets. Different markets were placed on the opposite sides of the bazaar. In the old Skopje Bazaar there were other facilities as well, such as ammams (Turkish baths), inns (hotels), mosques and several churches. The outer walls were usually surrounded by shops, so that the space could be used. 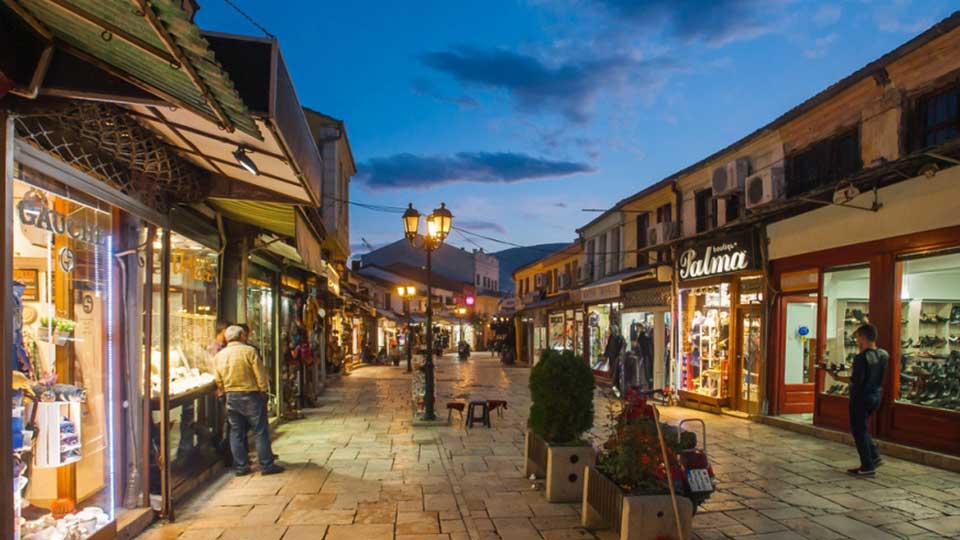 The largest green market in Skopje. It starts where the bazaar ends and it has been on the same location for several hundred years. The walk through this market can be fun, here you can buy cheap fruits, vegetables, green salads, cheese, spices and flowers. Another good market to visit is Zelen Pazar (Green Market) near the Assembly building, as well as the Bunjakovec market near the principal church. 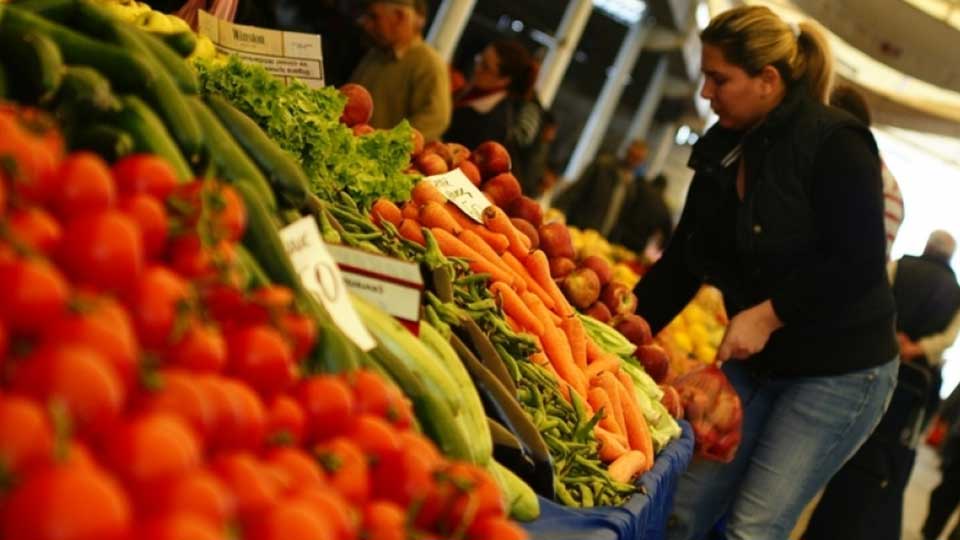 The greatest shopping centre/mall in Skopje. Here you can find all international brands. There are several cinema halls in the shopping centre, as well as various options that offer entertainment for all ages. 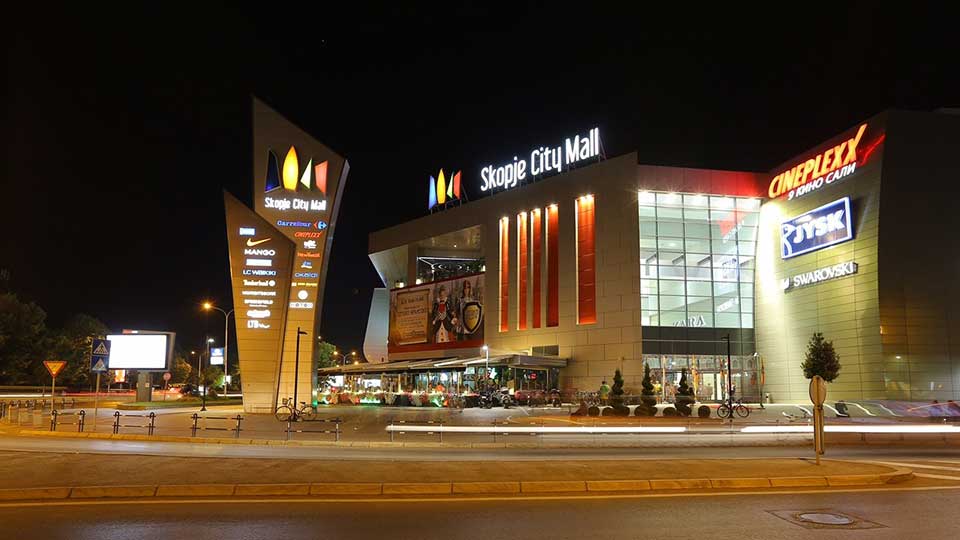 Ramstore is a shopping centre/mall built and organized in American style, with beautiful shops, restaurants, cafes and a cinema hall. 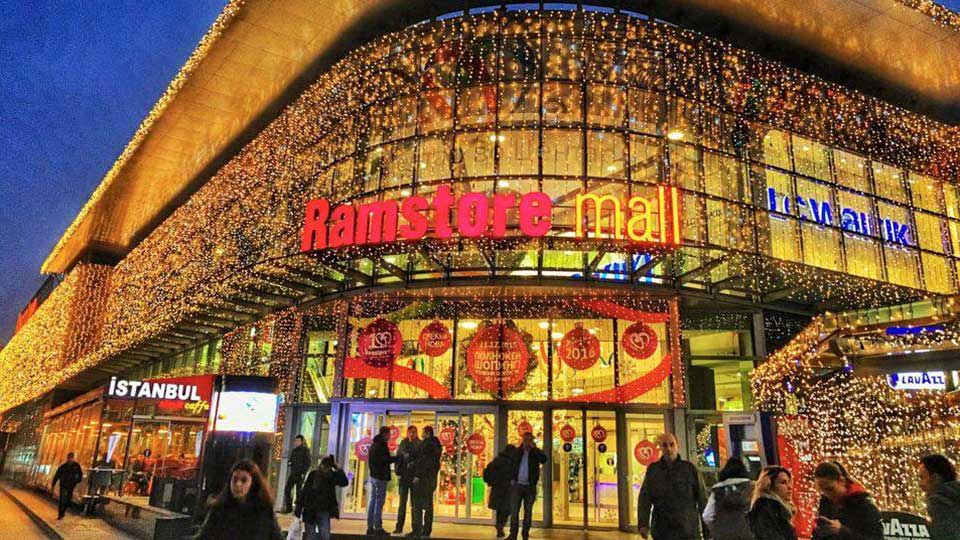 The largest shopping centre in the city. It was built in 1978, based on the design of the architect Zivko Popovski. In this shopping centre there are: cafes, restaurants, bars, banks, shops, and even a bowling alley, and unlike the other shopping centres, it is different in style and construction that allows for easier frequency and airing. 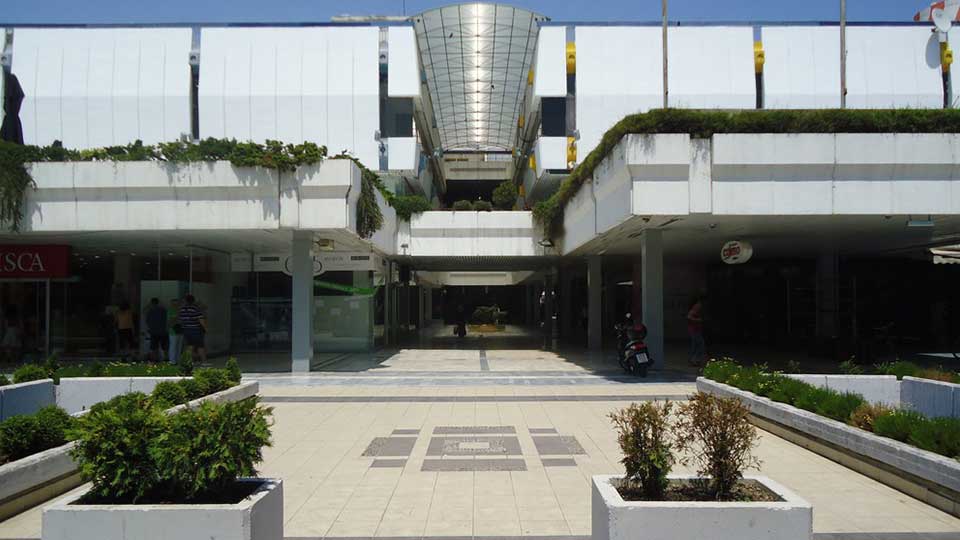 Another American-type shopping centre, recently built and part of the VERO Group. Spacious, with a huge supermarket, several restaurants and cafes, and large children's toys stores. 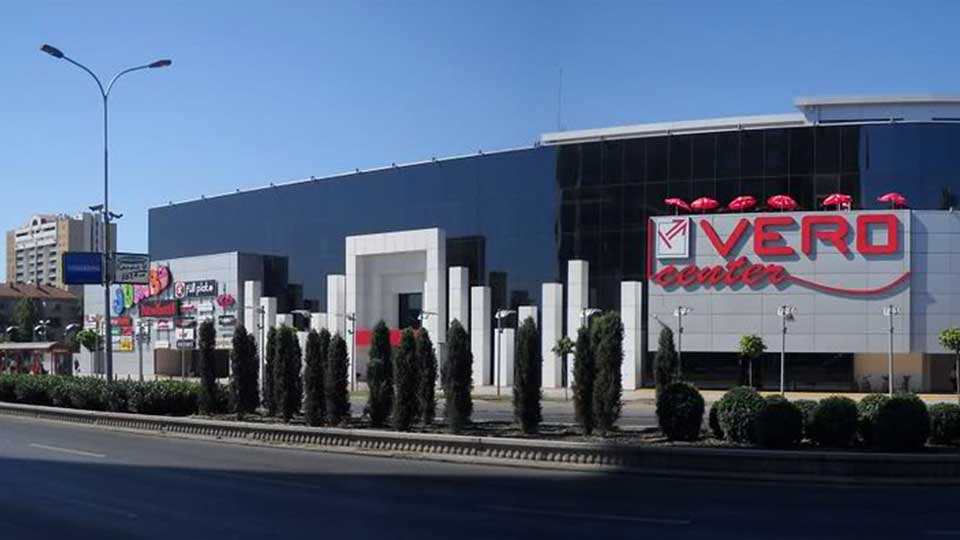 This is a shopping centre with lovable cafes, bars and shops. It is located in the Skopje Municipality of Aerodrom. Many young people from the city come here to spend their free time, because of the abundance of cafes and small diners. 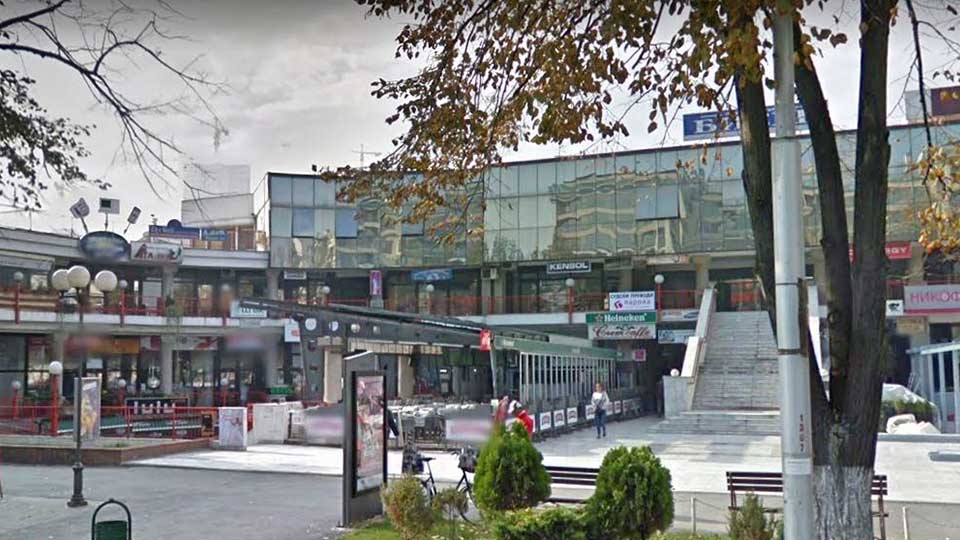 The complex itself gives meaning to the living standard of the citizens, making it attractive and urban, with different brands, supermarket, and a zone with fast food restaurants, children's centre, fitness club, with reservation and free parking space, and many other services. With carefully studied architectural details and rational solutions, Capitol Mall & Residence is created with one idea in the head: to be an oasis of comfortable living for its residents - active employees who appreciate the quality of the environment for them and their children. 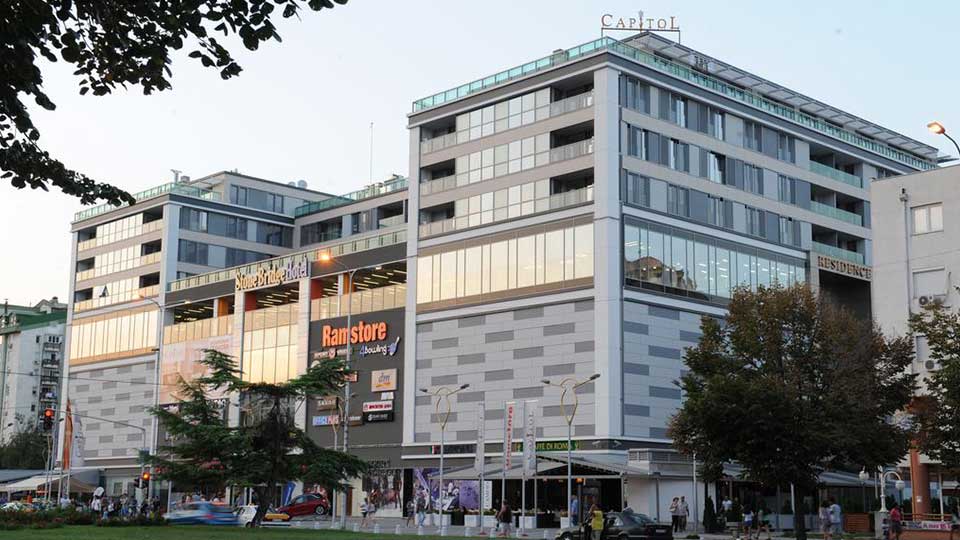 In the City of Tetovo is the most famous mall – Palma Mall. In it, as in other malls there are various attractions that will satisfy the interests of all visitors. 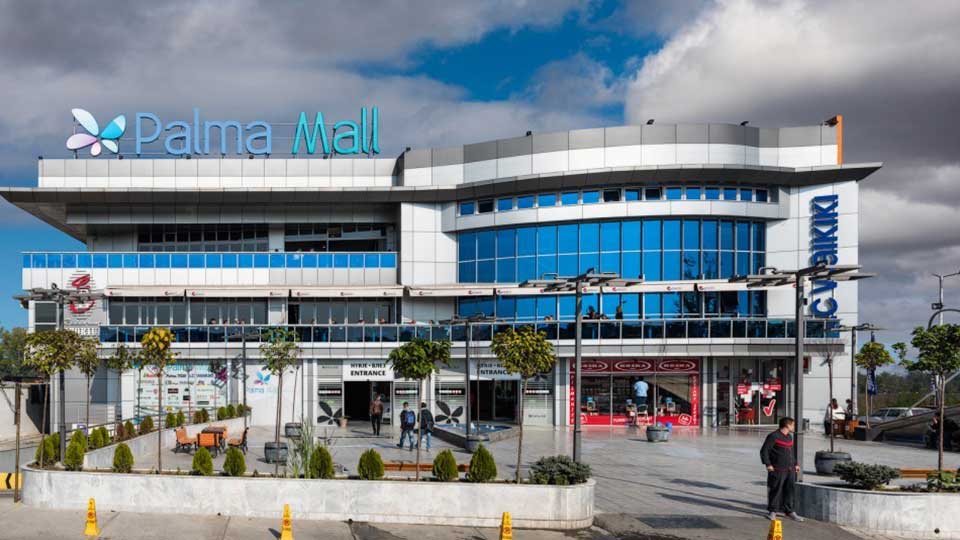 Bitola is known for its Shirok Sokak and a wide range of shops that sell from traditional to modern clothing, jewellery pieces, accessories. 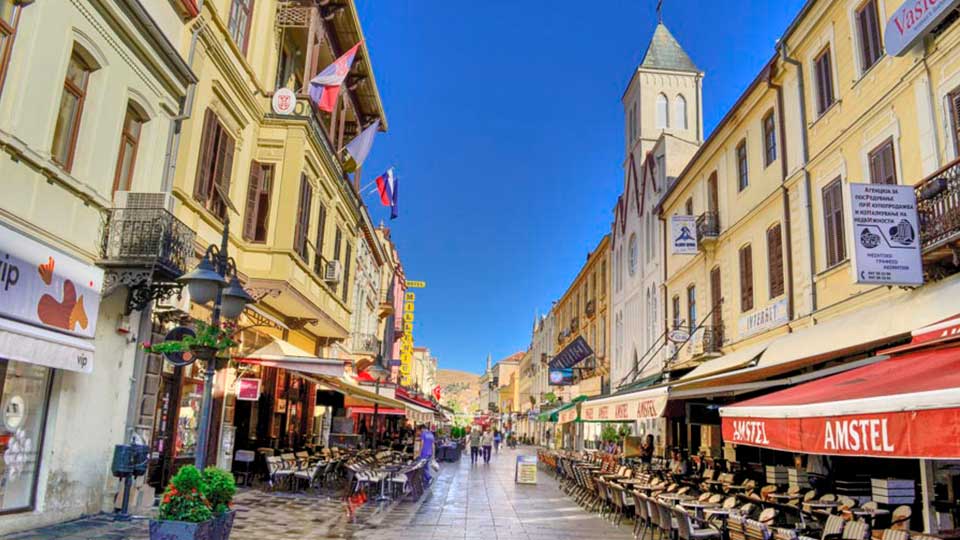 The Bazaar in Ohrid has a century long tradition. In addition to the traditional Ohrid pearl, which is a landmark of the city, there is a great choice for shopping that is ready to meet all the requirements. 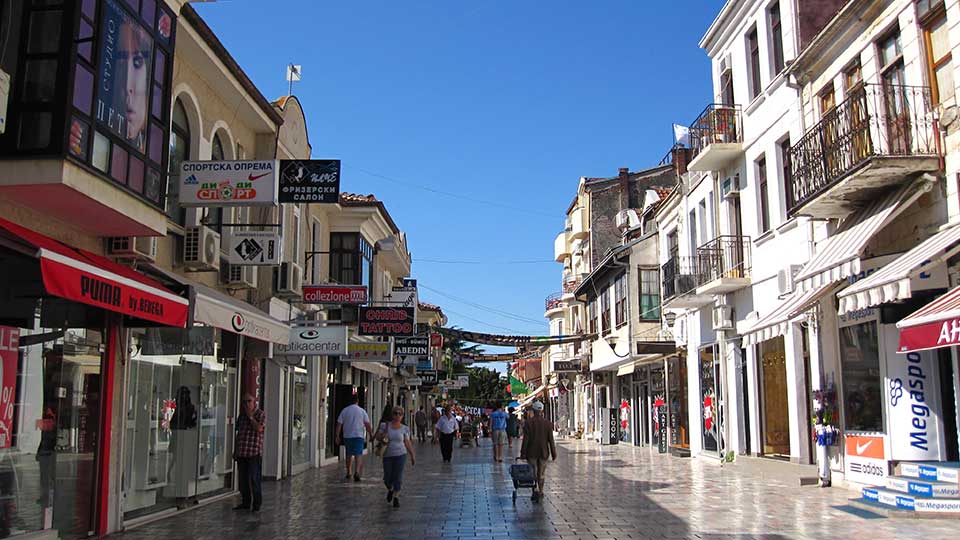