In Skopje, the Old Skopje Bazaar is over the Stone Bridge on the left side of Vardar. This is a part of the city with various and rich history, tradition, culture and architecture, nowadays there has been made a connection between the old and new, economy and trade, culture and tradition. Due to the historical, developing and time occasions, culture of organization and tradition of living there are a large number of well preserved and functional objects from Ottoman period also new built objects as a feature of the modern period in the Old Skopje Bazaar. 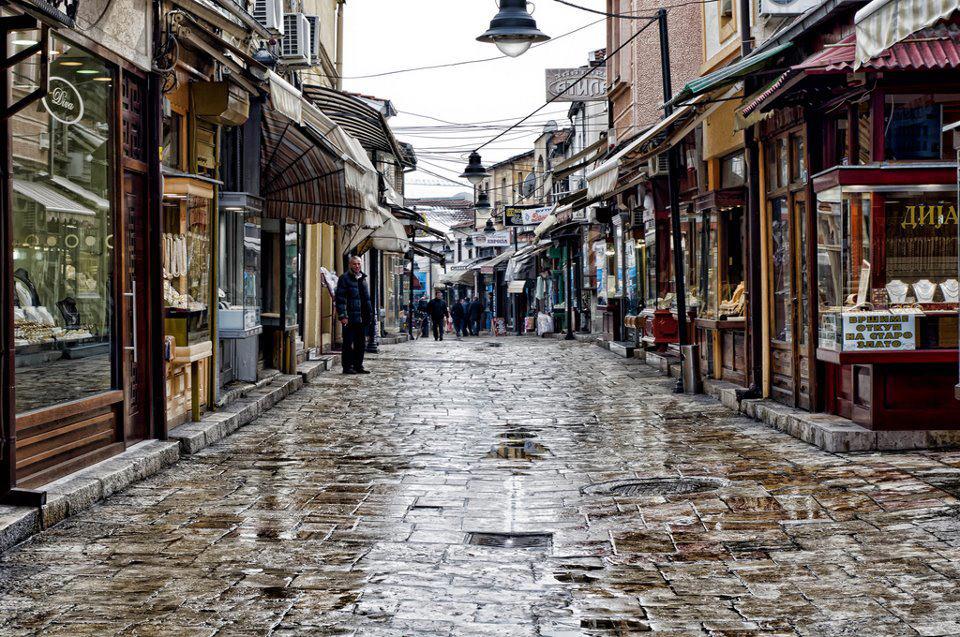 We are talking about Skopje Bezisten, Kapan An, Suli An, Kurshumli An, Daut Pasha Hamam, Chifte Hamam, the church St. Spas (Holy Savior), the church St. Dimitrij, the complex museums of Macedonia (historical, archaeological and ethno museums).
The Old Skopje Bazaar, which dates back to the twelfth century, had the most active development from 15th to 19th century and represents a complex economic-trade, architectonic and cultural-traditional unit. It was built in oriental style; there are several wider and narrower streets and cobblestones streets. Different craftsmen and trade shops detached one to other in a row. There are different traditional crafts such as blacksmiths, goldsmiths, potters, shoemakers, tailors, watchmakers, tinsmiths, coppersmiths, saddlers and other various production-catering services. Also, there are various active shops for modern industrial goods that can be found only here. The Old Skopje Bazaar has the biggest green market in Skopje. The bazaar is the centre of the most attractive catering shops offering various traditional dishes