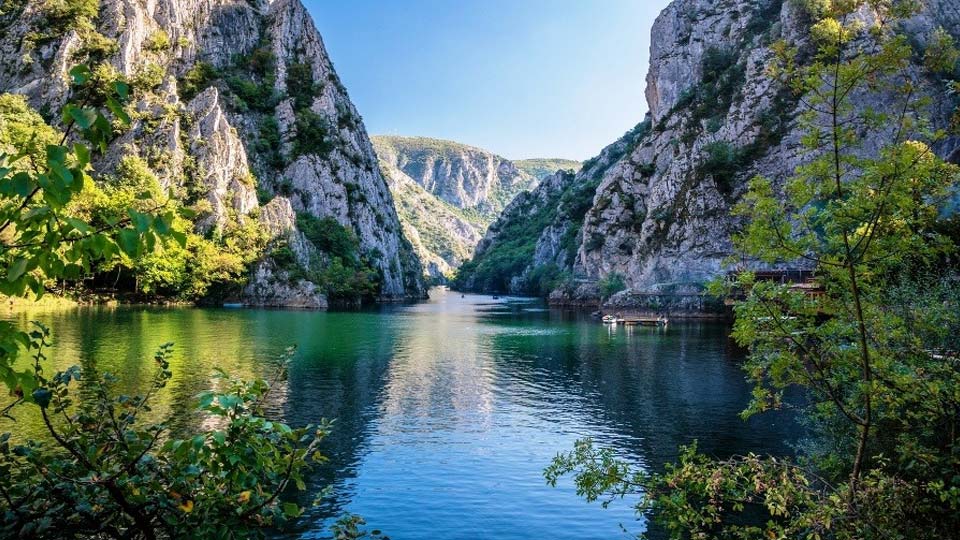 
Treska -a river of three gorges

The Treska River hides a secret and in some places a mysterious world. A world of high rocks, wonderful caves, medicinal waters and plants.


Treska, in the Kicevo valley known as Golema Reka, is the third largest Vardar tributary. It originates from karstin springs, which occurs on the southern branch of the Bistra Mountain, under the peak Kiska in the village of Izvor in Kopacka at 740 m above sea level, and it flows into Vardar in the Skopje Valley near the village of Saraj, at an altitude of 260 m. Upstream from Zdunje to Skopje Valley, 28 km long, the river runs through a steep canyon in which lies the artificial lake Kozjak, Lake St. Petka and Lake Matka. This river flows into Vardar in Gjorce Petrov near Skopje. The total length of its course is 138 km, with a drop of 480 m and a watershed of 2,068 km2 or 8.04% of the territory of the Republic of Macedonia. 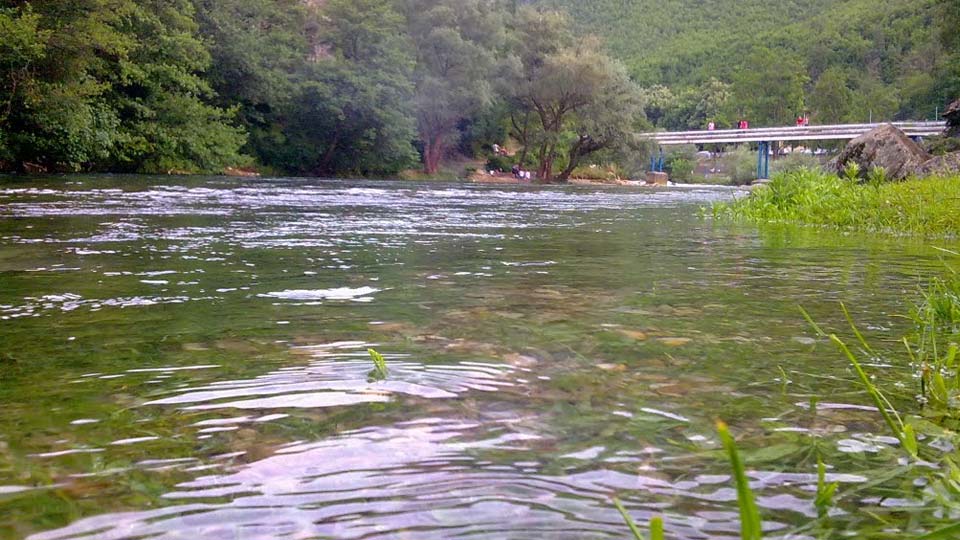 The basin of the Treska River starts from 2,000 m. on Stogovo and Bistra. The river flows down through a narrow or wider valley, to the mountain Karadzica, where it passes through a ravine that receives a canyon character. In its evolutionary development, Treska built Kichevska (14.0 km), Brodska (17.5 km) and Velika Klisura (66.2 km). It cuts Kicevo valley, Brodsko alluvial river expansion, Porece and a small part of the Skopje valley.


On the right side of Treska, before the entrance of the narrow ravine, the ravine of the river Ocha appears. Before the entrance of the river in the Skopje valley there is the ravine Matka. These ravines and slopes are composed of carbonate rocks, waterless or with occasional water currents. The ravines are deep valleys, safe from all air currents, which is why they are very hot and with high air humidity. The ravines and cliffs of their basins are not only outstanding geomorphological phenomena, but also a habitat of specific plant species. They require more light, water in the soil or air humidity. Therefore, they are poorly competitive and selective, so they survive only where there is no inconvenience for the peak vegetation. This vegetation and flora is a relic from a geological period, and survived in shelters as refugiums. 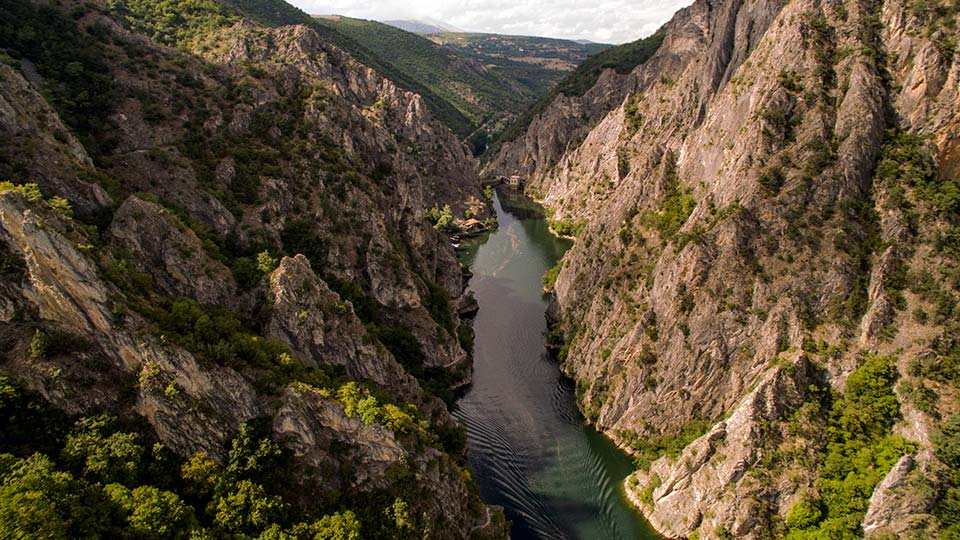 The refugium Matka is located in the zone of thermophilic vegetation and occupies the area before the exit of the river Treska in the Skopje valley from 300 - 600 m above the sea level. The terrain is very steep, with raised vertical carbonate walls, often up to 200 meters high. It stretches from both sides of the river, on the right side it is in the ravine under the monastery St. Nikola, and on the left of the monastery St. Andreja, built in the 14th century.

Lake Kozjak is located on the river Treska in its Great Ravine 15 km upstream of the dam Matka. The lake has many purpose functions such as: electricity generation, then irrigation, water supply to the city of Skopje and other settlements and flood protection. 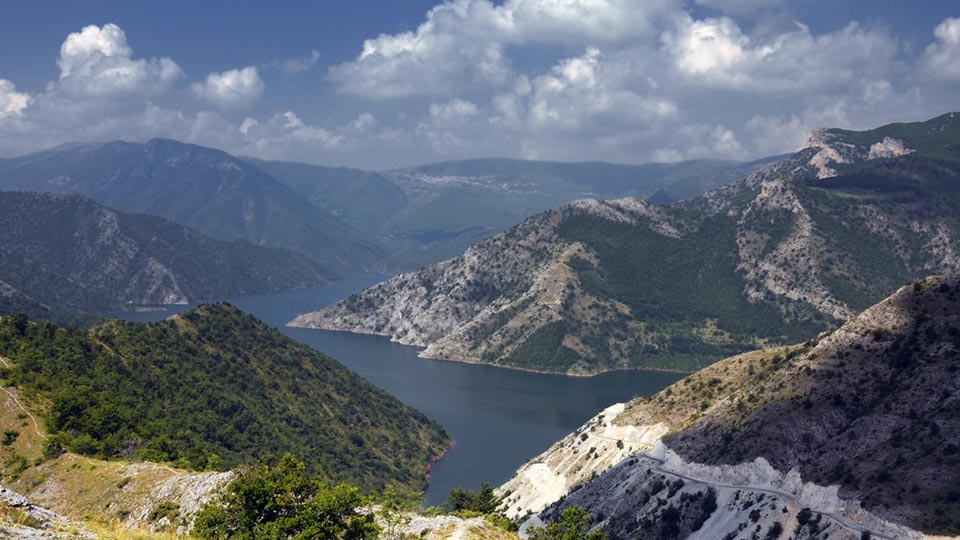 Lake Matka is located on the river Treska at its exit from the Great (Shishevo) Ravine. The dam is arched, of reinforced concrete, built in 1938. Built in the vicinity of Skopje, with a particularly attractive setting this lake is today one of the most visited picnic places in the surroundings of Skopje. The Recreational Lake Treska is located in Saraj municipality in the immediate vicinity of the village of Glumovo. 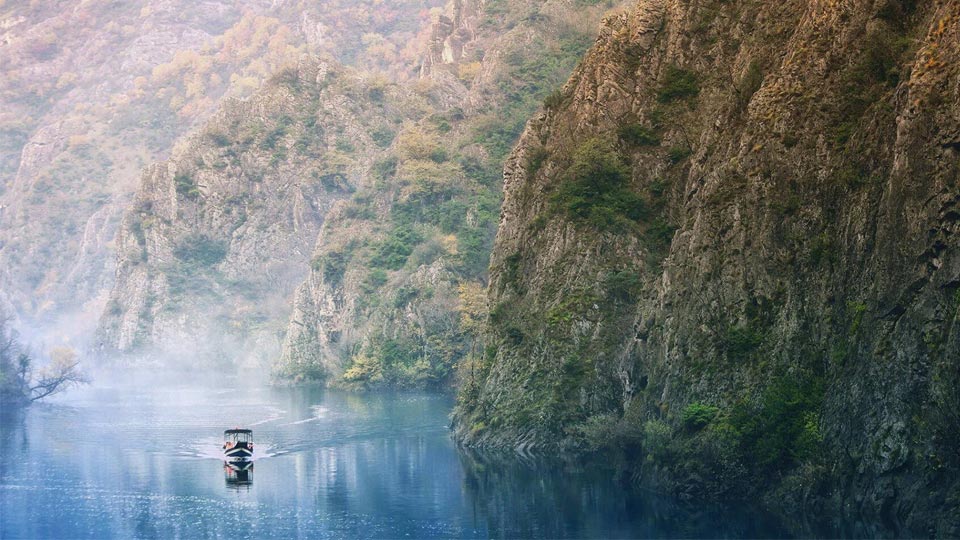 More information about Treska can be found on this website.