Vodno is a medium-sized mountain located in the southern part of Skopje Valley, northern Macedonia. The mountain has favorable geographical position, because in its vicinity there are important roads, railways and the busiest place in the country, the city of Skopje. The highest point on Vodno is the top Krstovar, 1066 m high, where the colossal Millennium Cross is located. Up to the cross there is a cabine cable car, which has its name. The mountain also has a park - forest, mountain lodges, several catering facilities with arranged hiking trails and wide panoramic views. 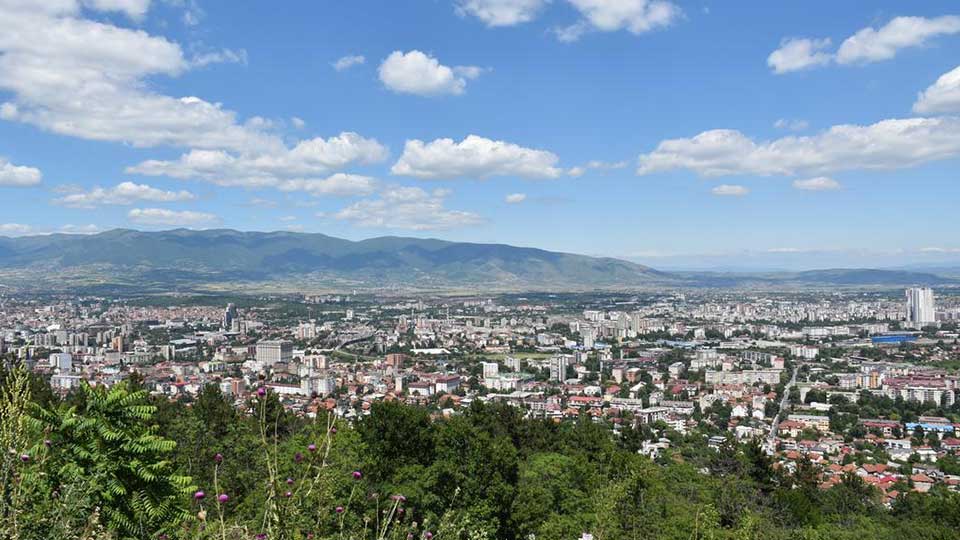 The cable car to Vodno

From Vodno, you can see almost the entire Skopje valley and the city of Skopje. It is therefore one of the most visited sites in the vicinity of Skopje. In June 2011, a cable car from Sredno Vodno to the Millennium Cross was put into operation, the alignment of which is 1,750 meters long and climbs from 570 to 1,068 meters above sea level. The cable car has 28 cabins with a load of 640 kg and capacity for eight people, as well as two cabins for four people. The gondolas on the outside are fitted with bicycle holders. 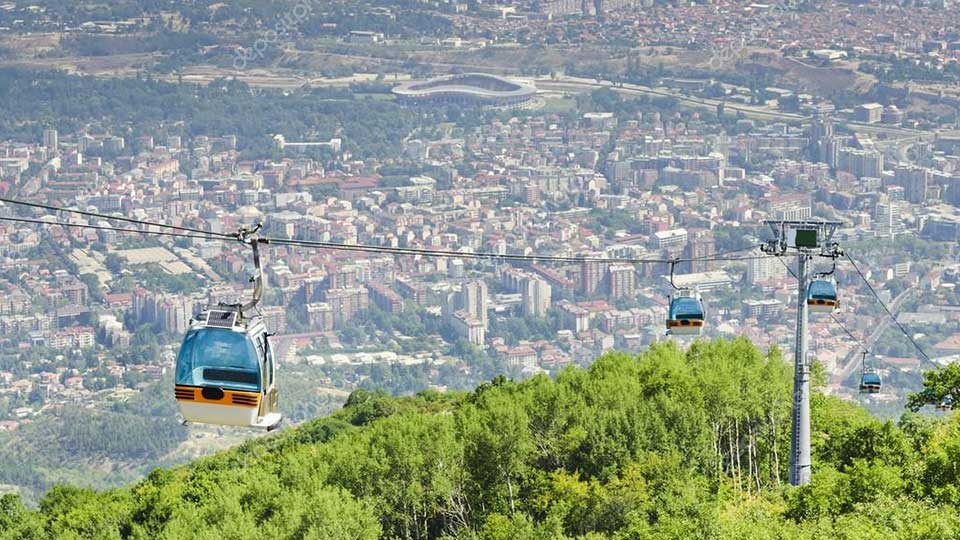 Vodno has all the preconditions for the development of recreational tourism. Mountain Vodno offers excellent conditions for development of mountain and road cycling. Very often forest paths are used by mountain bikers, who share them with mountaineers under the motto "We share and respect." The top of the mountain called Krstovar, can be reached from two sides. 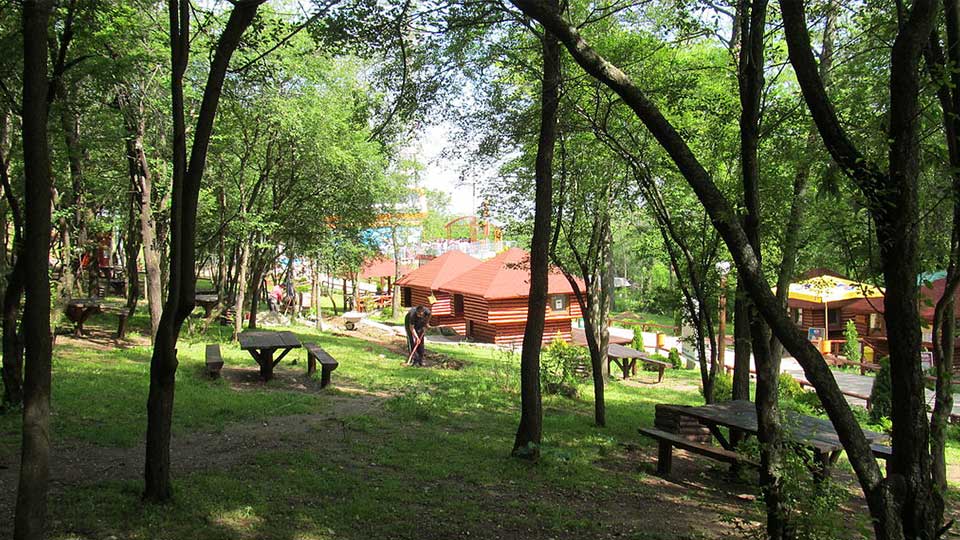 From the north side you can reach it by the asphalt road starting at the elementary school Kocho Racin, which is 11.6 km long. This road in the beginning is a wide boulevard with three traffic lanes and a bicycle path. It then narrows, but still offers space for cars and road cyclists. This road makes a total height difference of 770 meters, with an average slope of 6.6%. This road offers a beautiful view of the city and places specialized for leisure activities, the so-called gazebos. The traffic is allowed to Sredno Vodno, where a ramp to prohibit cars movement is set up and a path only for pedestrians and cyclists starts. The steepest part starts after the place called Children's Resort. This road has access option from the villages of Dolno and Gorno Nerezi. On this road, the race in road cycling is held, as part of the manifestation First to the top. 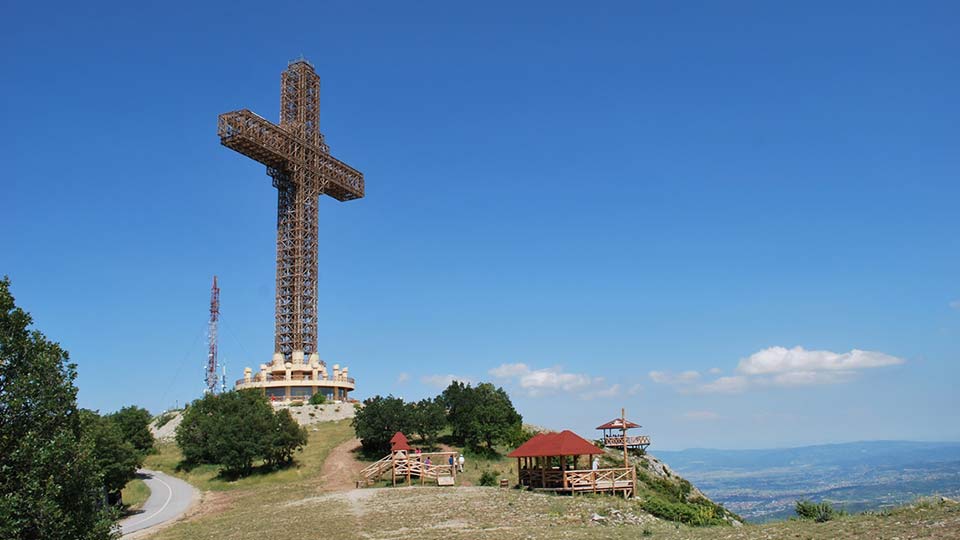 The southern access to the peak begins in the village of Dolno Sonje and moves along a wide tamponed unpaved road. This road is 7.9 kilometers long and a total height difference of 390 meters is obtained, with an average slope of 4.9%. The landscape offers a wonderful view of the southern slopes of Mount Vodno and Mokra Mountain with the top Solunska Glava. This road is mostly used by mountain bikers because of the type of the ground.


More information about Vodno can be found on this website.