Gorno Nerezi is a hilly village located on the western part of the northern slope of the mountain Vodno, at an altitude of 600 meters, i.e. Gorno Nerezi is a village in the Municipality of Karpos, in the vicinity of the city of Skopje. Nerezi is a favorite spot for the people of Skopje and an attractive tourist destination for foreign visitors. 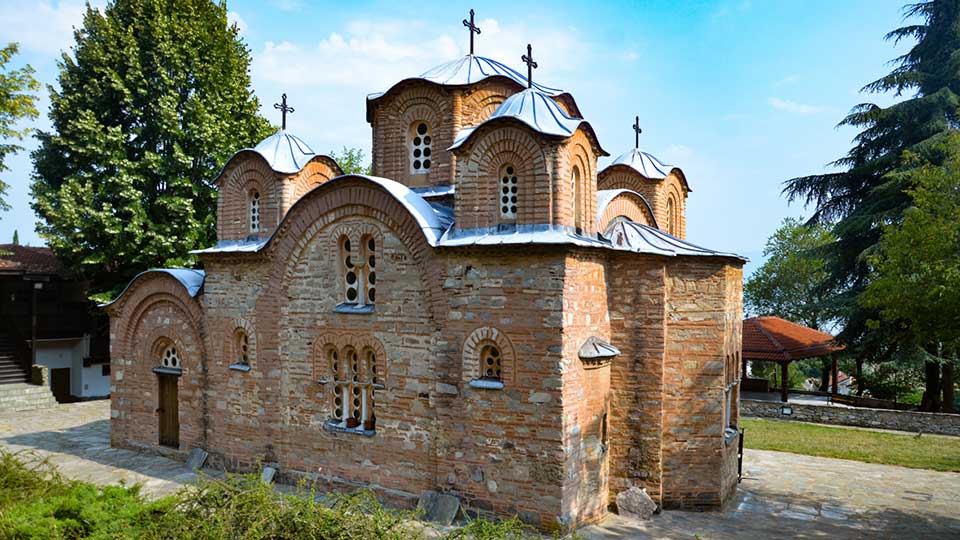 St. Pantelejmon" is a monastery church in the eponymous monastery in the village of Gorno Nerezi. The monastery complex is enclosed with high walls, and it houses the church and the monastery lodgings. On the walls of this monument of culture fresco painting has been preserved. Its qualities are among the top achievements of the Byzantine painting from the time of the Komnin dynasty. The church was erected by the Byzantine prince Alexei Angel, the son of Constantine Angel and Theodora, the daughter of the Byzantine emperor Alexei I Komnin (1081-1118).

Near the village of Gorno Nerezi on the slopes of Vodno, is the complex "Macedonian Village", in which several authentic houses with old architecture, from several regions in the country, are placed in one spot. This unique ethnological and cultural representation of Macedonia is located only 7 km from Skopje. The houses have stylistic features in the regions of Berovo, Delcevo, Kratovo, Kumanovo, Skopje, Strumica, Galichnik, Reka, Polog, Veles, Prilep and Bitola, and are built based on the style of the old masters. Their interior is arranged according to the traditional way of life. 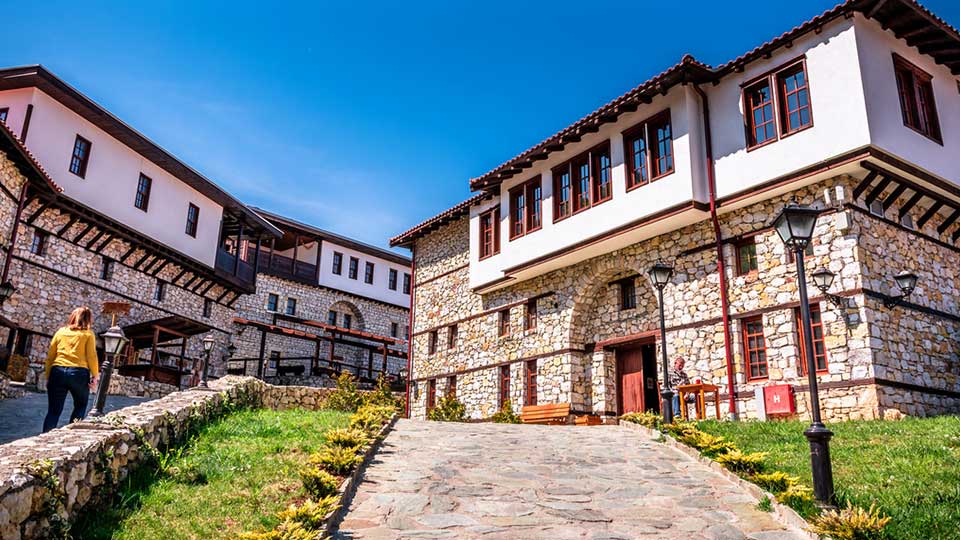 The complex contains an old-style taverna, an amphitheater, a water mill, a fountain, a rolling mill, a wheel, a barn, a fish farm, and cobblestones pass through the place. At this place you can get acquainted with machines for tobacco, forge, weaving mill, pottery, with the way of making filigree. You can visit a wine cellar, barrel shops, and if you want to spend the night there you will be accommodated in old-style rooms, but thermally and soundproofed. You can also enjoy the taste of authentic food. If you do not have enough time to get to know the whole territory and history of Macedonia - then this complex is a place you must visit.

Gradiste is a necropolis from the late antique period. East of Gorno Nerezi, 1 km, on the northern slopes of Vodno, on a stone-shaped rocky bead with a flattened peak in the shape of a triangle and measuring 110 × 105 m it shows the remains of a defensive wall built of crushed stone and lime mortar. On the surface of the building are found foundations of several buildings and plenty of building materials, as well as fragments of ceramic vessels and coins. On the northwestern foothills of Gorno Nerezi, during the work on the ground, several graves built of stone slabs were discovered. St. Pantelejmon is a solitary finding of Roman times. In 1967, during the execution of the conservation work in the monastery, a tombstone of white marble with a Latin inscription was discovered in the floor under the central dome of the monastery church. The monument is returned to the same place, with the inscription turned down.

More information about Gorno Nerezi can be found on this website.