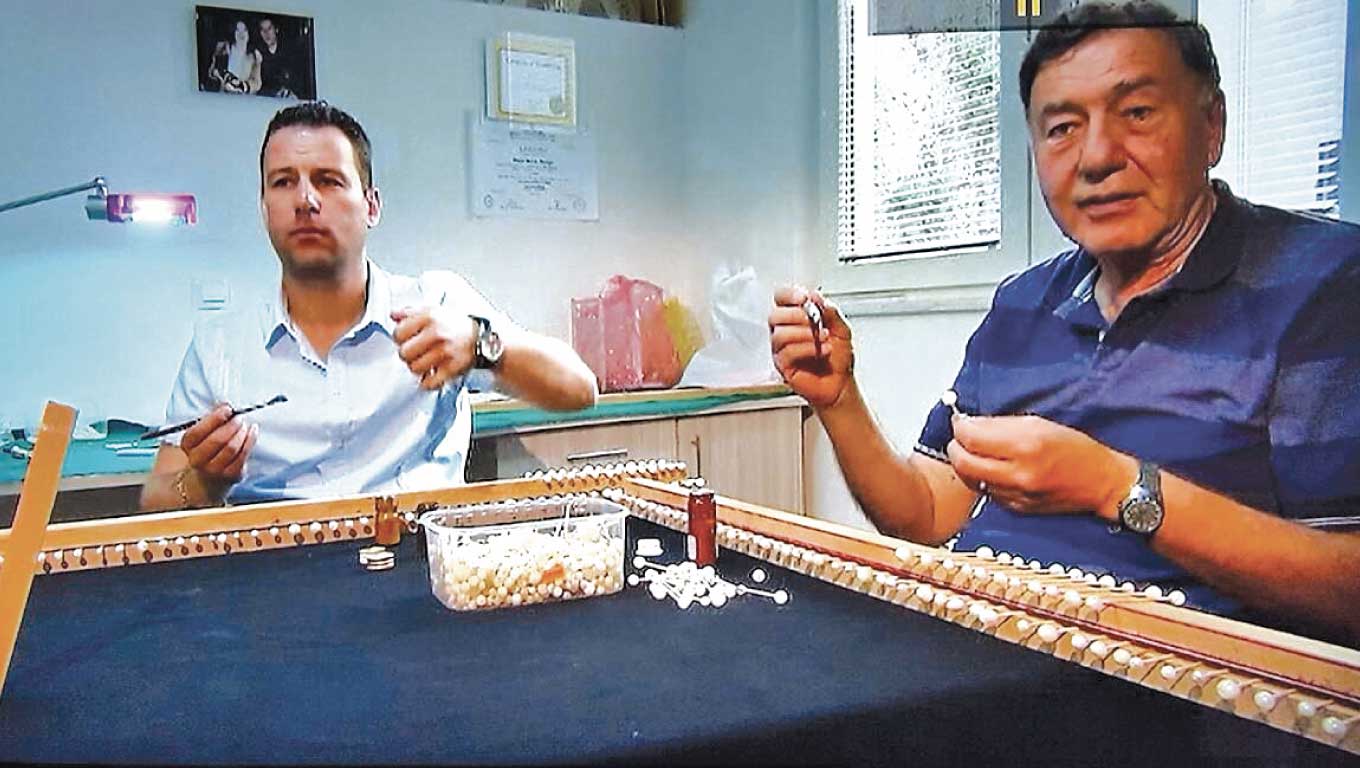 The Ohrid Pearl - A Brand of the City

Ohrid, the city under King Samuel’s Fortress, in addition to being rich in cultural and historical monuments, natural beauties and treasures, has its own brand - the Ohrid Pearl. The Ohrid Pearl is the ambassador of Ohrid and our country around the world. A perfect and unique souvenir for those who visit Ohrid and Lake Ohrid. Every tourist who has come to the city had heard of, seen or bought Ohrid pearls, and through the bazaar had heard of many stories by Ohrid residents as to how the Ohrid pearl was made. Only the two families Filevi and Talevi in Ohrid, know the secret of making the well-known Ohrid pearl that is passed from generation to generation. These two families cherish the tradition and process a product called the Original Ohrid Pearl.

The famous maker of Ohrid pearls, Mihajlo, who is the fourth generation of the Filevi family, says that natural pearls are made with a special technology for which not many details are revealed. The secret of its making in Ohrid had been brought by the Russian emigrant Jovan Subanovikj in 1928, who came to Ohrid by chance. By staying in the city for a longer period, a great bond was created between Jovan and Mihajlo’s great-grandfather, thus Jovan introduced him to the secret technique of making pearls. And so, when walking along the shores of Lake Ohrid and talking about many topics and life stories, they saw the fishermen who were also his great-grandfather's uncles. They carried baskets with bleaks, which is a species of fish that lives in Lake Ohrid.. 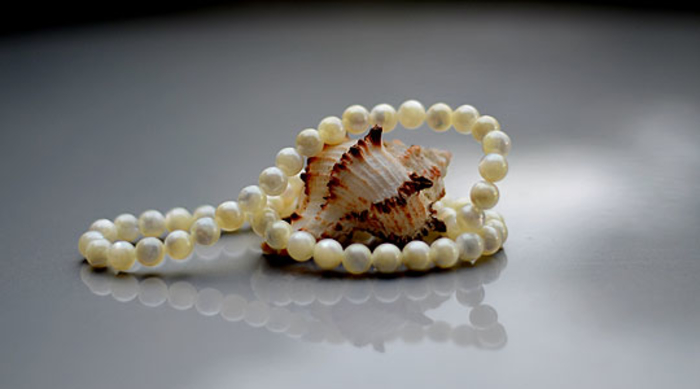 Mihajlo Filev says that after seeing the fish, Jovan already realized that the secret he was carrying with him from Russia, more precisely from Lake Baikal, he could reveal here. And the secret was in the fish, more precisely the bleak, which is an endemic form whose scales can be made into pearls. So, as a sign of great friendship, Jovan introduced his great-grandfather Nikola to the secret technique of making pearls. Four years later, his grandfather Mihajlo endeavored to develop the brand, and then his father Nikola did the same. The current maker Mihajlo, the youngest in the family, who is named after his grandfather, inherited this craft and skillfully promotes and modernizes it, hoping that his children will continue the tradition of the craft.

Filev says that during his childhood, his love for the craft was born, watching his family work every day, and he made the first necklace with his own hands, including the moment of mastering the whole technique and finding out the secret, at 17 years, with his grandmother Slavjanka Fileva. Filevi is a family that has been making Ohrid pearls since the distant 1928, which has been confirmed by historical facts and institutions.

The Ohrid pearl, as they say, is not found in a shell, as many people believe, but it is made by taking the brightest (inner) part of the shell, it is well processed and then the desired shape is obtained - a pearl bead. The second process of bead processing is coating the already obtained mother-of-pearl bead with an emulsion obtained from the scales of the Ohrid fish – the bleak. In the past, there were several models of necklaces from the Ohrid pearl that accentuated given events such as weddings, celebrations and home visits, proposals, etc. They were named according to the occasion.

Many celebrities adorn themselves with the priceless jewelry strung with beads of Ohrid pearls. These include His Majesty King Gustav and Her Majesty Queen Sylvia of Sweden , Juliana Hall, Queen Margaret II of Denmark, Giovanna of Italy, Maria Hohenzollern-Singmaringen, President Gjorge Ivanov; numerous pop and sports stars from the region and beyond, including Novak Djokovic, Neda Ukraden, Emina Jahovic, Rade Serbedzija, Karolina Goceva, Ruslana, Ceca, Indira Levak and many other celebrities. 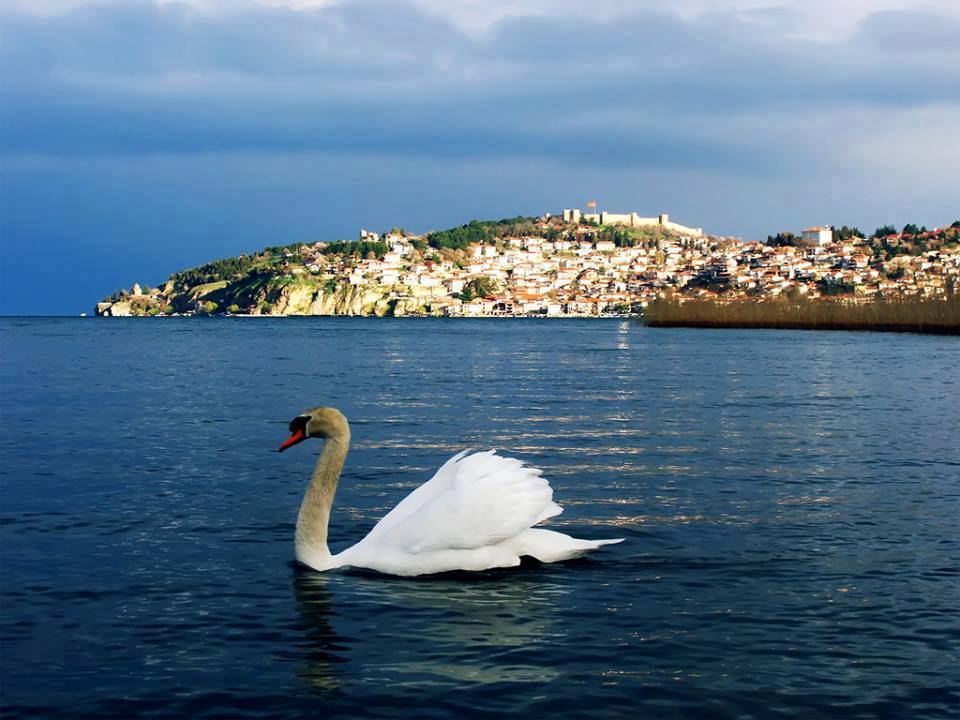 The product is guaranteed by numerous certificates and recognitions worldwide 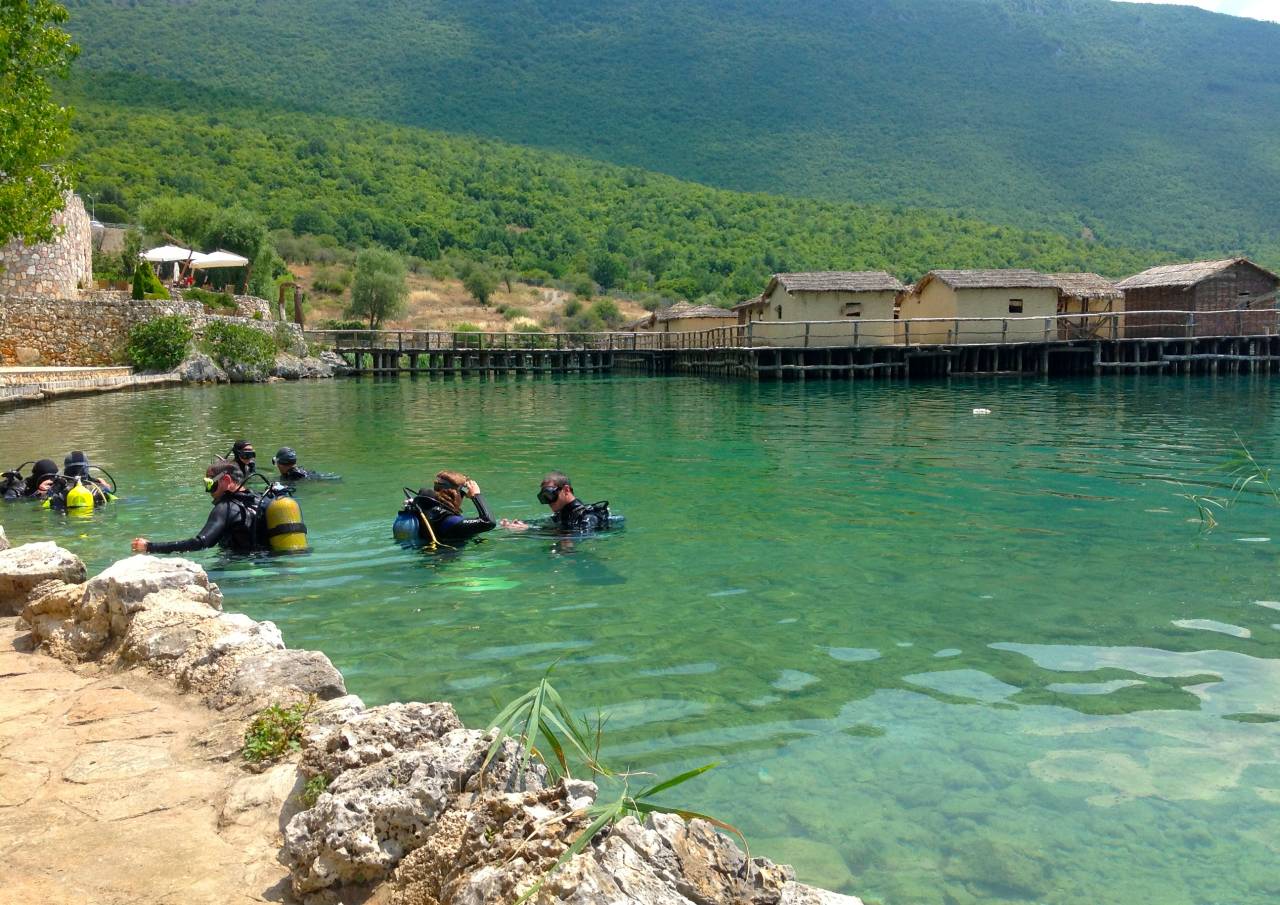 In 2016, Ohrid also opened the Museum of the Ohrid Pearl. The famous makers of original Ohrid pearls, the Filevi family, opened the Pearl Museum, which tells the story of the making of the widely famous pearl. The museum displays all the tools used to process the pearls from the scales of the Ohrid bleak, photos of the four generations that produce the pearl according to the secret recipe of the Russian emigrant brought from Lake Baikal, as well as photos of world celebrities, presidents, queens and princesses. who were adorned with Ohrid pearls. The museum that enriched the Macedonian culture and tradition is located near the cathedral church "St. Sophia", and in it visitors have the opportunity to get acquainted with the whole process of making the famous Ohrid pearls and the centuries-old tradition of Filevi.

The long-standing extensive fruitful work was successfully presented in the documentary film "Family Tradition of the Filevi and Talevi families", which was promoted on 2nd of August 2017 within the renowned international festival "Ohrid Summer". The publication of the monograph "The Ohrid Pearl in the Filevi and Talevi families" is also a great contribution to keeping the tradition permanently based on written sources, it is a compilation of history, archives, ethnology, art, culture, which for the first time includes the two families that know the secret of making the original Ohrid pearl supported by the Ministry of Culture and the NI Institute and Museum. In the Ohrid region, the tradition of making Ohrid pearl is practiced by other families and it is a recognizable tourist brand.