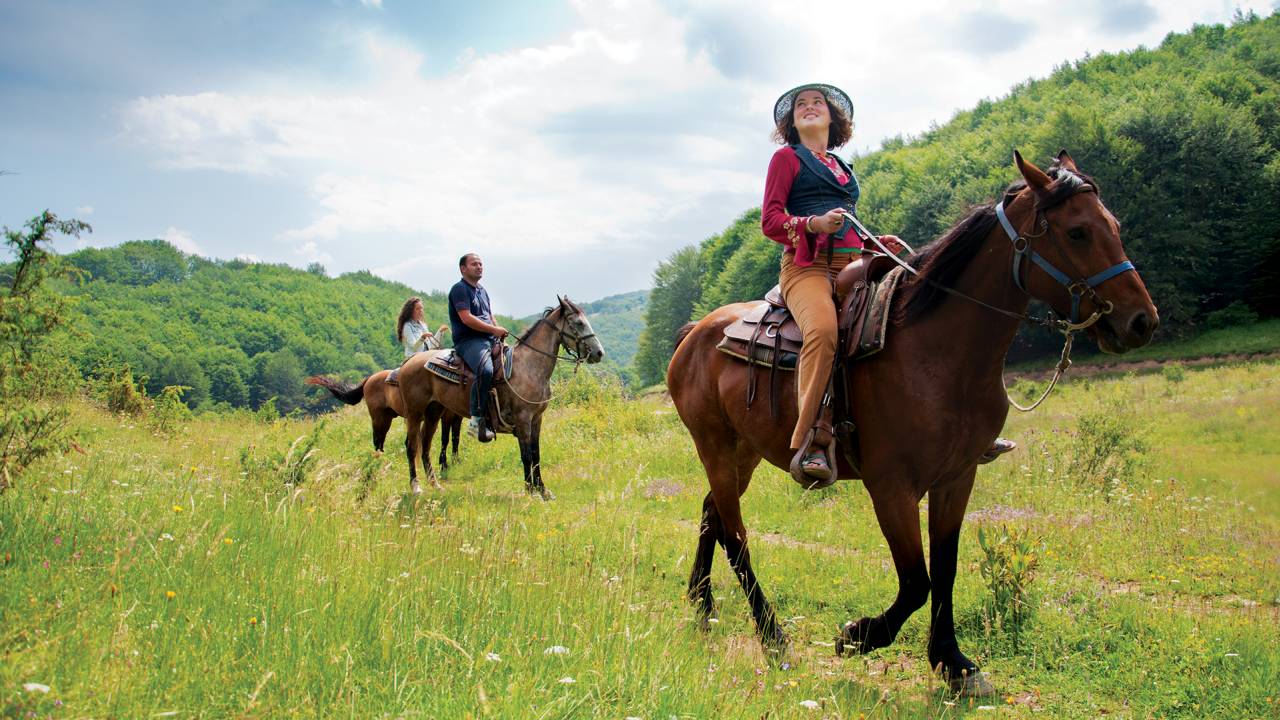 Was feautured bu deeply engraved gorges, numerous mountain peaks, caves and waterfalls. This area is one of the most picturisque in the Republic of Macedonia

Mavrovo-Debar region occupies the valleys of the river Radika and Crni Drim to their meeting point at Lake Debar in the western part of the Republic of Macedonia. The region is surrounded by the mountain Jablanica and Korab massif (Korab, Deshat and Krchin) on the west, Shar Mountain on the north, Bistra and Stogovo on the east.

This region has a great number of springs, two of them are thermo-mineral (Kosovrasti and Banjishte) and a lot of rivers(Crni Drim, Radika, Mala Reka, Mavrovska Reka, Dlaboka Reka, Ribnica). The gorge valley of the river Crni Drim between Jablanica and Stogovo has mountain sides from 500 to 2.200 meters relative height, and even deeper is the gorge-canyon valley of Radika between Korab massif on the one side and on the other side Bistra and Shar Mountain, where the relative altitude is from 500 to 2.764 m (the peak Golem Korab).

Extraordinary landscape characteristics are complemented by the enormous wealth of plant (dendro and grass) species. Therefore, the northern part of the region or more precisely the biggest part of the river Radika is proclaimed as a national park Mavrovo. Animal life is rich and diverse. Besides, the usual species of big game (bears, wolves, deer, chamois, wild boars) as well as the presence of lynxes and various kinds of birds and fish have been registered. The most familiar is Radika trout. Traffic route. The main traffic roads are along the valleys of the rivers Crni Drim and Radika, the road to Albania via Debar and some local roads.