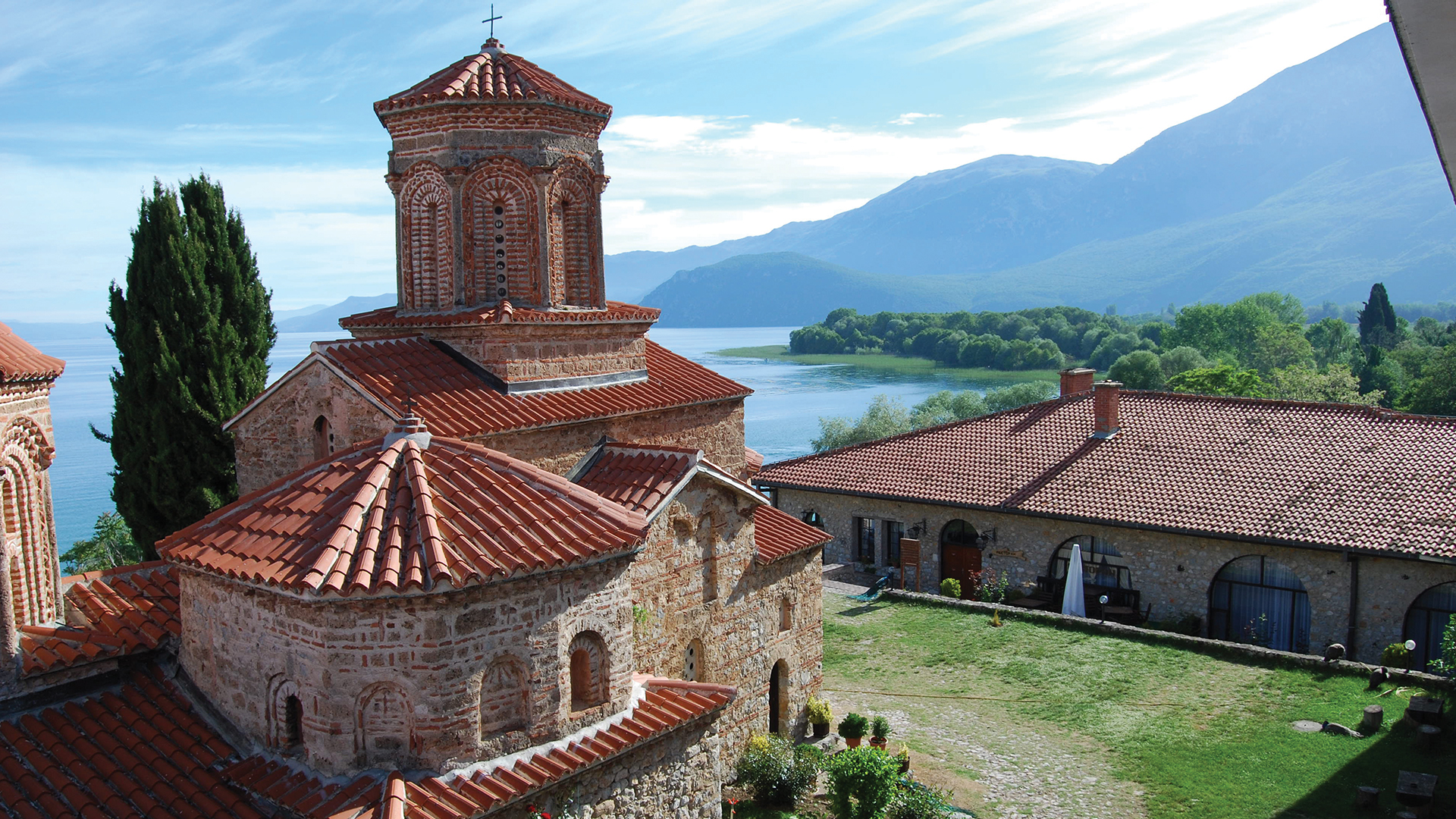 
The life and work of St. Naum Ohridski

St. Naum Ohridski originated from rich and godly parents, and because of his love for Christianity, he gave up his inheritance and became a monk. He was the youngest student of Ss. Cyril and Methodius. With them, he participated in the Moravian mission, and spread Christianity in Pannonia, Devol, Illyricum and other areas. After completing the Moravian mission, he went to the First Bulgarian Empire, where he spent the rest of his life. Initially St. Naum Ohridski lived in the capital of Veliki Preslav, where he joined the work of the Preslav Literary School. 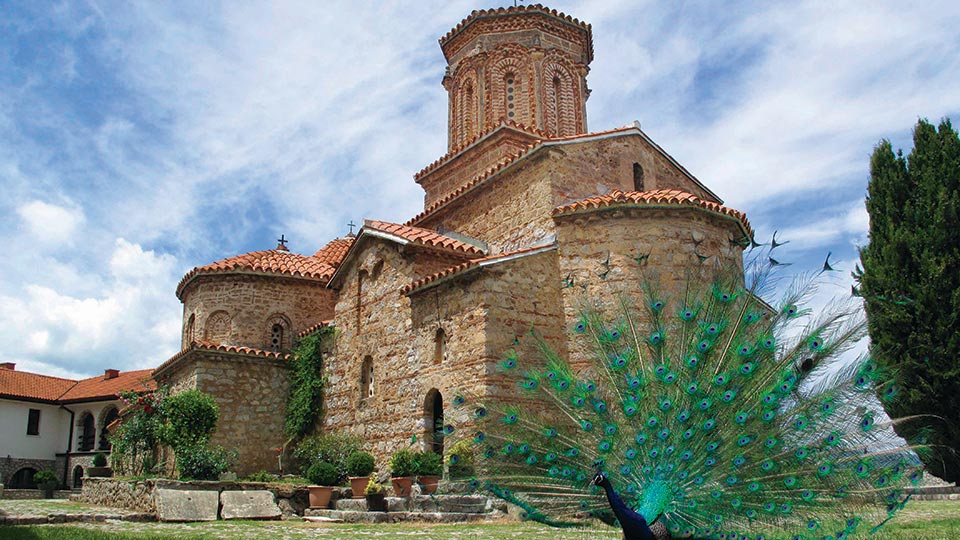 Later Naum left for Ohrid, where he joined St. Clement in the work of the Ohrid Literary School. St. Naum Ohridski was one of the founders of the Preslav Literary School, where he worked as a teacher from 886 to 893. As one of the most hard-working students of the brothers Cyril and Methodius, in 893, when Clement was appointed by the Bulgarian king Boris I for the Slavic bishop in Drebbitsa and Velika, at his teacher's place in Kutmichevica, Naum Ohridski, who led the Ohrid School for seven years was appointed, and in 900 he retired to the monastery dedicated to Saint Archangel Michael. 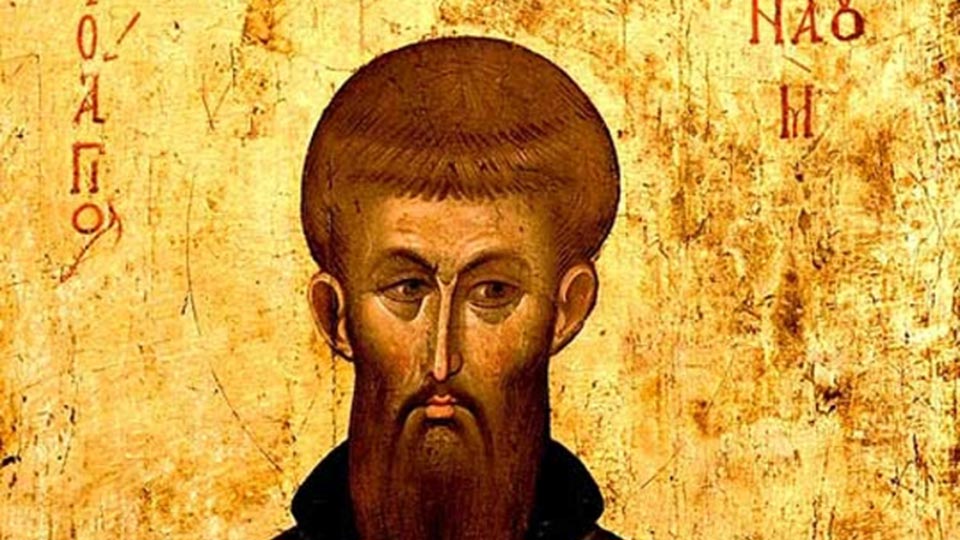 In the monastery, St. Naum Ohridski gathered a great monastic brotherhood. It is known that he was engaged in literary activity, but his texts have not yet been identified. From the two short stories, written in Church Slavonic, it may be seen that he was a great teacher, educator who understood folk medicine and calmly performed church affairs. St. Naum Ohridski is credited for the works: The Canon of the Apostle Andrej; and the Canon for transferring the relics of Jovan Zlatoust. 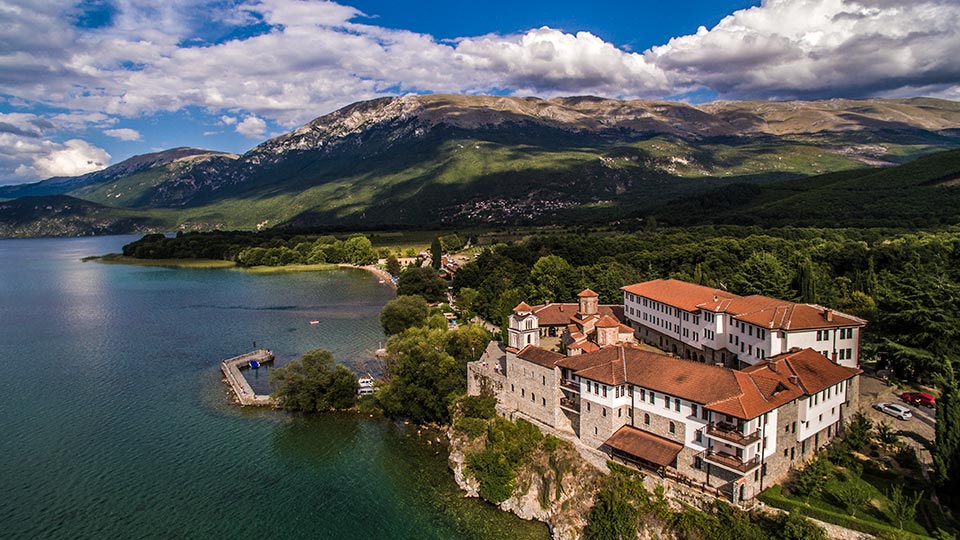 Saint Naum of Ohrid - The miracle worker died on December 23, 910, in the monastery "St. Naum", at the age of 80, and was buried personally by St. Clement in the monastery church. Soon after his death, Naum was canonized as a saint, because of the miracles that took place at his grave and in the monastery, and his cult began to spread to Macedonia, as well as to Bulgaria, Albania and Greece.


In the letter of the Ohrid Archbishop Joseph of May 21, 1740, it is said that "the miracles and the blessings of St. Naum were more numerous than the stars of heaven." However, the first legends and traditions about his miracles were published in the second half of the 19th century. In 1925, the Serbian bishop in Ohrid, the Bishop Nikolaj, issued a booklet of thirty miracles, legends and stories about St. Naum, writing that "St. Naum is respected and lives as a warning and conscience in the souls of people." In one legend, it is said that the king of Ohrid built the monastery for St. Naum, while in another legend, written by Branislav Nusic, it is said that the monastery was a royal palace, Naum was given as a gift for the healing of the king's daughter.