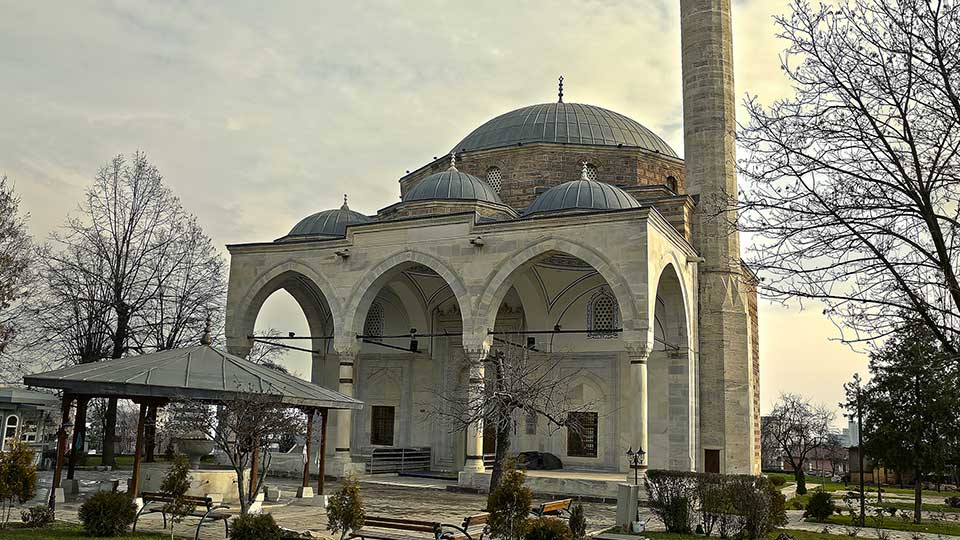 
Location of the Mustafa Pasha Mosque

Mustafa Pasha Mosque is located between Kurshumli An, the church "St. Spas" and Kale. The mosque was built in 1492, as a Mustafa Pasha testament. He was the Vizier of the sultans Bayazit II and Selim I and performed high functions in the Ottoman Empire. From the marble plaque above the front door, which contains Arabic text, it is evident that the building was built on the foundations of a medieval church. Unlike other buildings in and around the bazaar, the Mustafa Pasha Mosque did not suffer major damage from the 1963 earthquake. However, after the earthquake some reconstructive activities were performed. The last renewal ended in 2011, and a Turkish delegation, led by Deputy Prime Minister Bekir Bozag, was present at the opening ceremony of the mosque.. 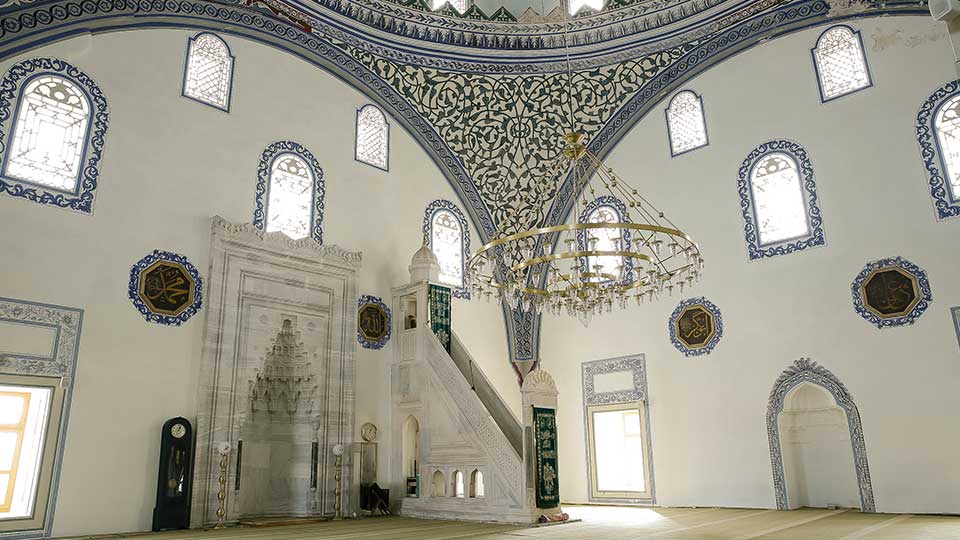 Architecture of the Mustafa Pasha Mosque

The building of the mosque is a characteristic representative of the early Constantinople architecture. Its base is square and is covered by a dome, the diameter of which is 16.3 m. The dome was built on pillars which are decorated with arabesques and on its left side motifs from the time of the mosque construction are painted, while on its right side there are newer ones with no particular artistic value. The building is walled with riveted stone and two rows of bricks. The entrance to the mosque is through the porch, which is made of white marble, and in front of it are four marble columns connected with semicircular arches.


This whole part is covered with three small domes. The 47 m high minaret is elevated to the northern part of the mosque and is built from a crushed limestone. Inside the mosque there is a prayer space, on the southeast part of which there is a mihrab, from which the odza (hoca) reads the Quran. To the right of the mihrab there is a platform (mimber), from which the prayers are read. In the circular space with arabesques, the names of Muhammad and Allah are written in the east and west. In the south and north those on the khalifates: Evubekir, Omer, Osman and Ali. Immediately above the entrance there is a gallery (mehvil).Within the mosque there is also a turbe, where Mustafa Pasha was buried in 1519, the sarcophagus of his daughter Umi, fountain in front of the entrance of the mosque, funeral ornaments and remnants of the former imaret and madrassa.

More information about Mustafa Pasha Mosque can be found on this website.