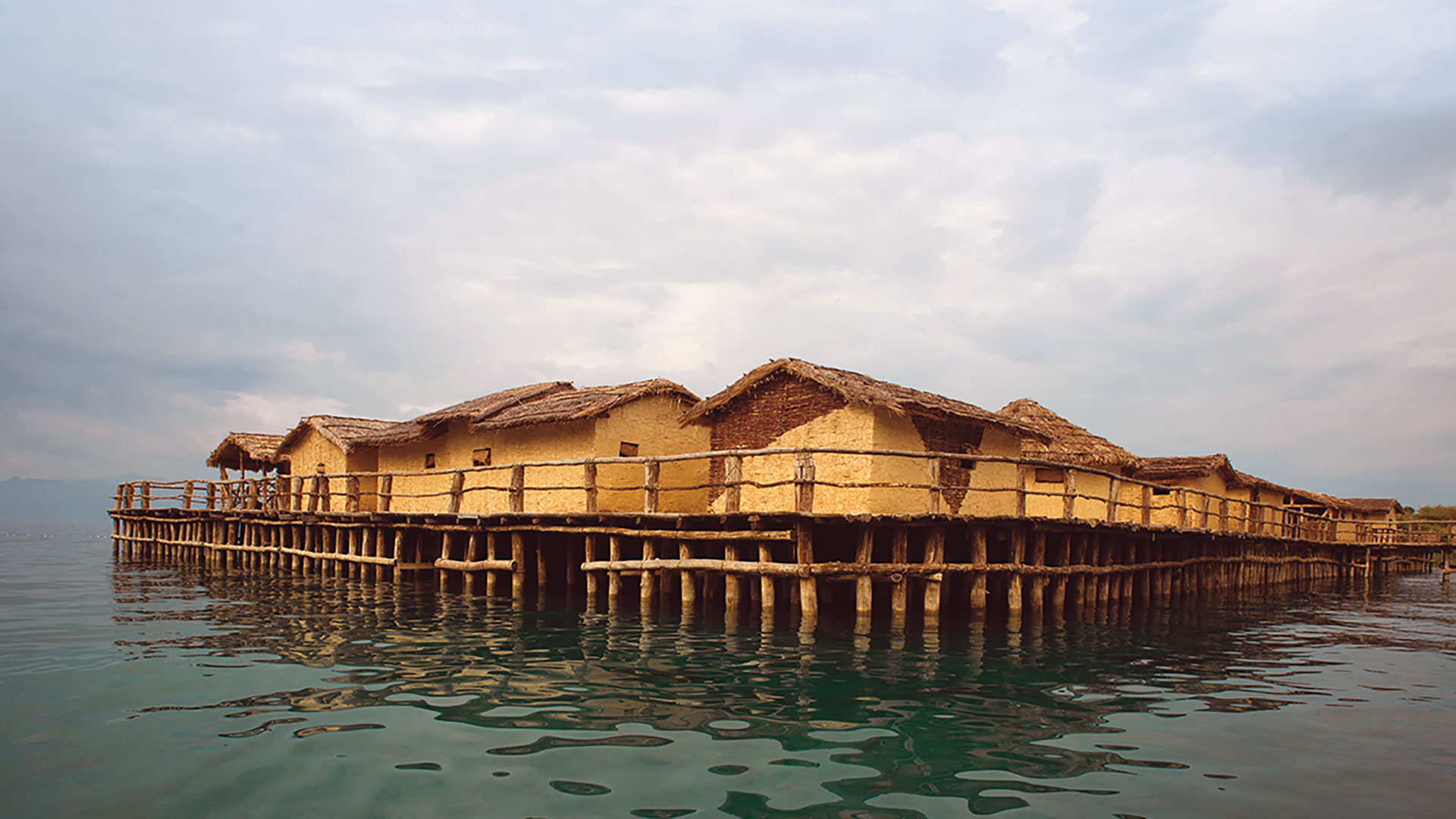 Bay of bones in Ohrid lake

The Bay of Bones is a bay in Ohrid Lake and an archaeological site of prehistoric pile-dwelling on the peninsula and the Gradiste auto camp, near the city of Ohrid. It is 3 to 5 meters deep. The place is called "Ploca Mikov Grad". Today there is a reconstruction of pile dwellings (Water Museum "Bay of the Bones") and platforms, with its own visitors center. Above it is the renewed Roman fortification (castrum) with military facilities of that time. 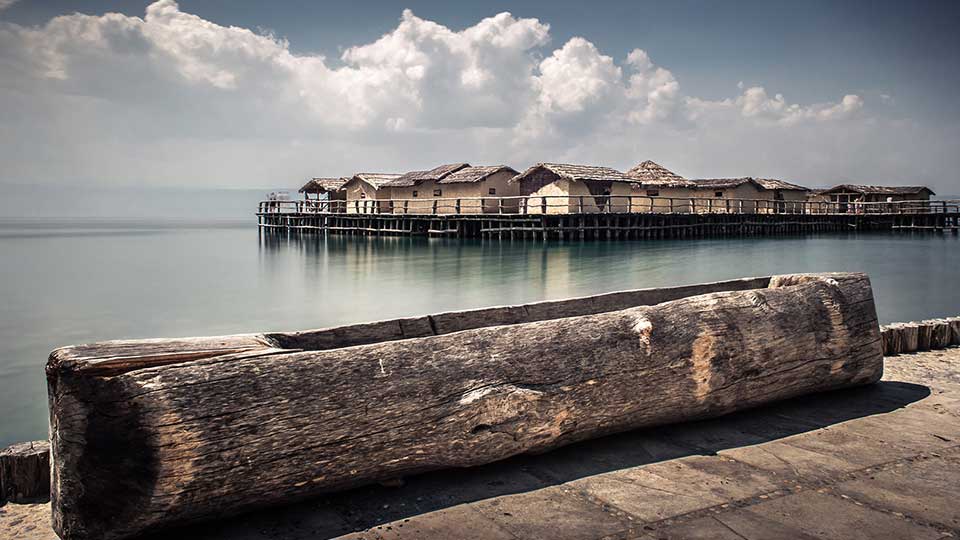 At the Bay of the Bones, the nearest pile of a total of 6,000 is detected at 12 meters in the lake, which is assumed to be a pile from the bridge that connected the settlement. It is assumed to have stretched on a platform of about 8,500 m², and there may have been 60 habitats. Many remains of tools, ceramics, wood, stone and parts of animals such as deer horns were discovered on the site. 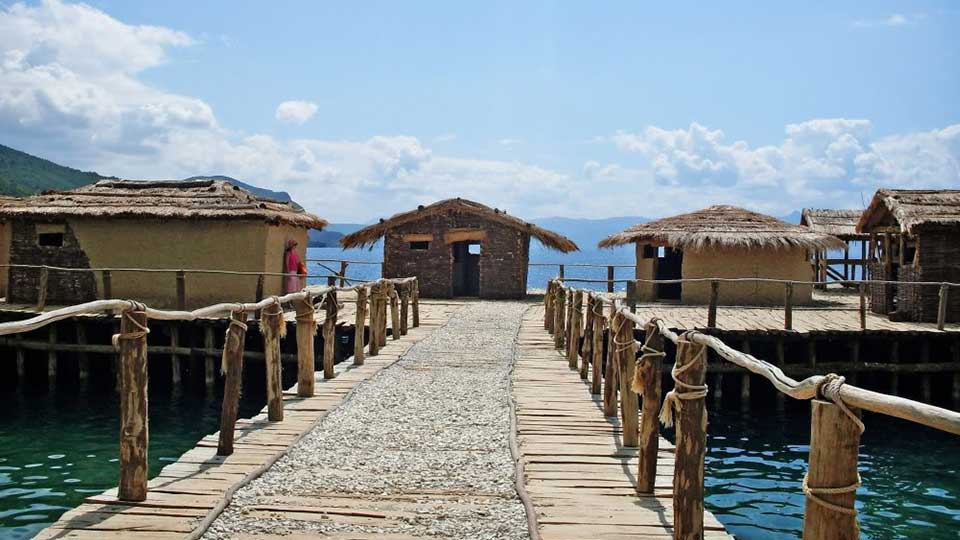 The surrounding settlements were cities made on platforms, which stood on wooden piles stuck at the bottom of the lake. On those pile platforms were the houses of prehistoric people, that were connected to the shore by a movable bridge. The inhabitants of these settlements dealt mostly with fishing, but also with agriculture and hunting. This is indicated by the various vessels and items of ceramics and stone found in both on the ground and under water. 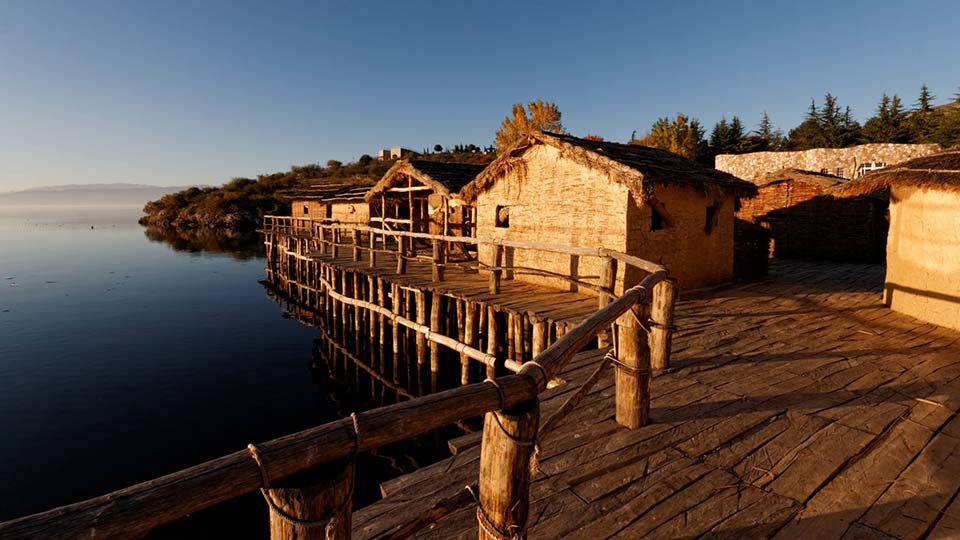 More information about the Bay of bones in the Ohrid lake can be found on this website.