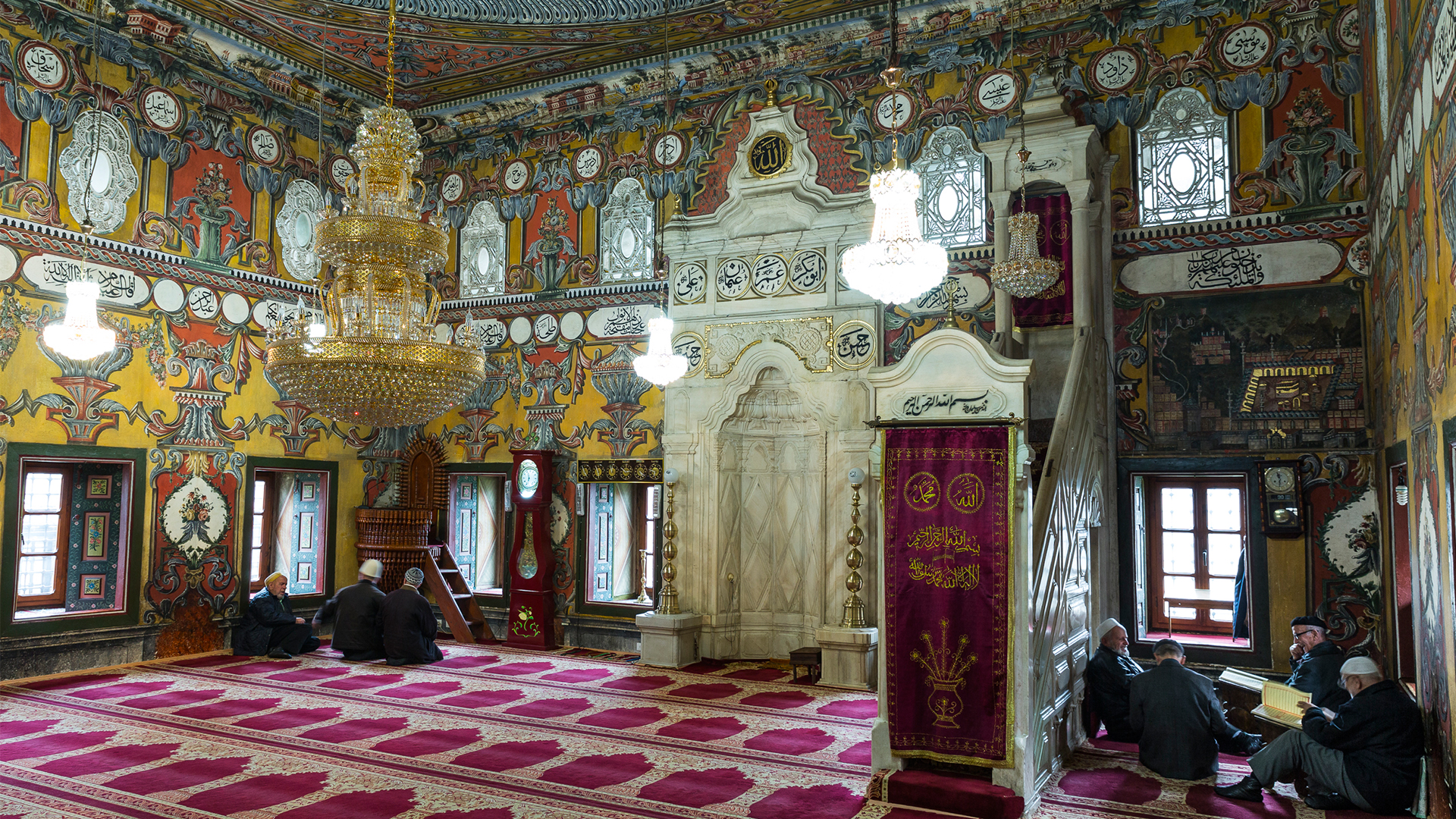 The most recognized monument of Tetovo, and one of the most beautiful constructions in Macedonia, is the Decorated Mosque. It is located in the old part of Tetovo, on the right bank of the Pena River. According to some researchers it dates from 1495, while others maintain it was built in 1564. The inscription above the front door reveals that the present form originates from the first half of the 19th century, when it was built on the foundations of another older building. It is known also as Pashina Mosque, named after Abdurahman-Pasha, a Turkish feudal ruler (lord) in the Tetovo Pashalak who invested in the reconstruction and the expansion of the mosque.

This religious object is unique for its beauty and it figures prominently in anthologies of Islamic architecture. It is a single square room construction, which combines Baroque and Neoclassical Ottoman building styles. The most experienced masters from Debar are credited with the unique and colorful ornaments adorning the mosque.. On the East, North, and South façades vertical fields are painted in fresco technique in four rows , with the most remarkable being the South side facing the main road to Gostivar. Especially attractive is the depiction of Mecca, a rarity and perhaps the only example of the illustration of the shrine of the Prophet Muhammad in Southeast Europe. The wall decorations in the interior, the colorful geometric and herbal ornaments, and the facades of the Colorful Mosque contain the characteristics of traditional Turkish decoration, so when you visit it, the architectural richness of the powerful Ottoman empire will strike you for a moment – or longer.