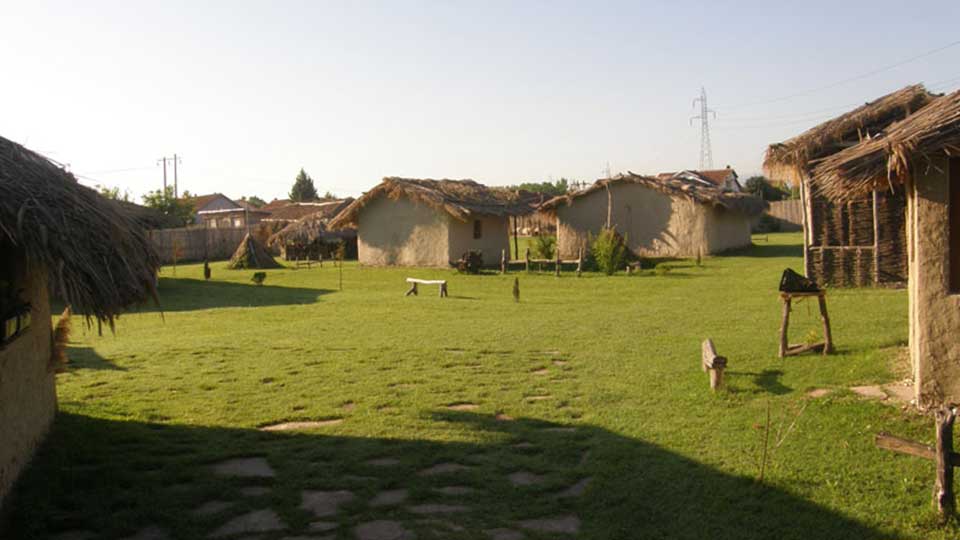 Tumba Madzari is an archaeological site in the Skopje settlement of Madzari. The site is a Neolithic settlement. Located at the northeastern end of the Skopje, in the space between the settlements Madzari and Cento. It is directly located next to the football field, about 700 m. on the left side of the highway Skopje-Kumanovo–Veles. It is a small hill - a tumba with a diameter at the base of 220 m and a height of 3 m. In the years to the earthquake (until 1963), although used for agricultural purposes, it was easily visible. Tumba Madzari was even dominant in this part of the flat field. Later, with the construction of the mentioned settlements, and especially with the uncontrolled rise of illegal buildings on and around it, a new ambience was created in which the Tumba Madzari is not even noticable. 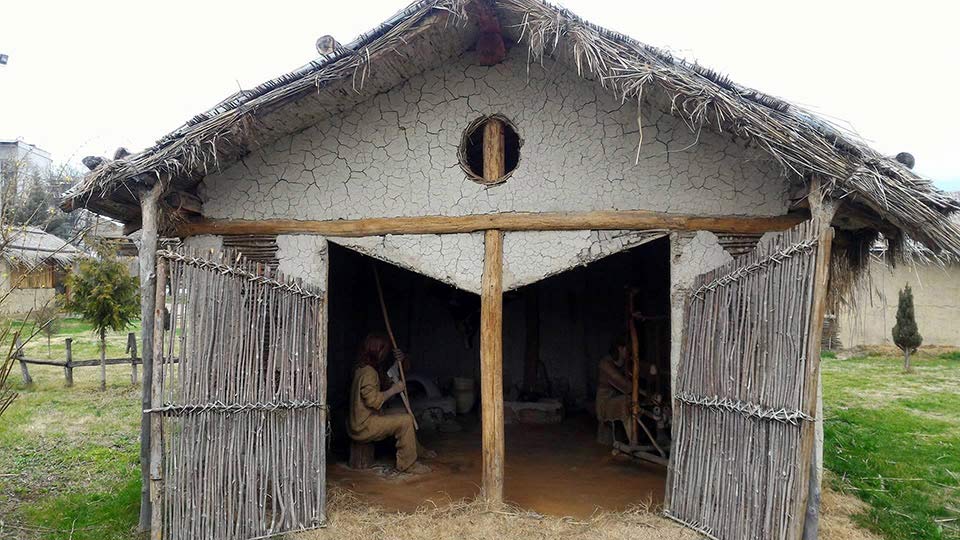 Moreover, with the construction works, the cultural layer was badly damaged, and by locating the houses almost three quarters of the space was lost for any scientific research work. Considering the endangering of the site, in 1978 the Museum of Macedonia conducted a trial protection excavation. It was concluded that these are residues of a multifaceted Tumba Madzari with a cultural layer of 3 m in which three horizons of living are distinguished, from the time of the middle Neolithic period. It belongs culturally to the cultural group Anzabegovo-Vrsnik (II-IV). Since 1981, systematic excavations have begun to discover and study the last horizon of living. The excavations are in the north-western segment of the Tumba Madzari, which in small work campaigns will continue until 1990. An area of about 1,400 m² was researched, in which ruins and bases of 7 facilities were discovered, of which 6 are habitats, and one is a sanctuary. 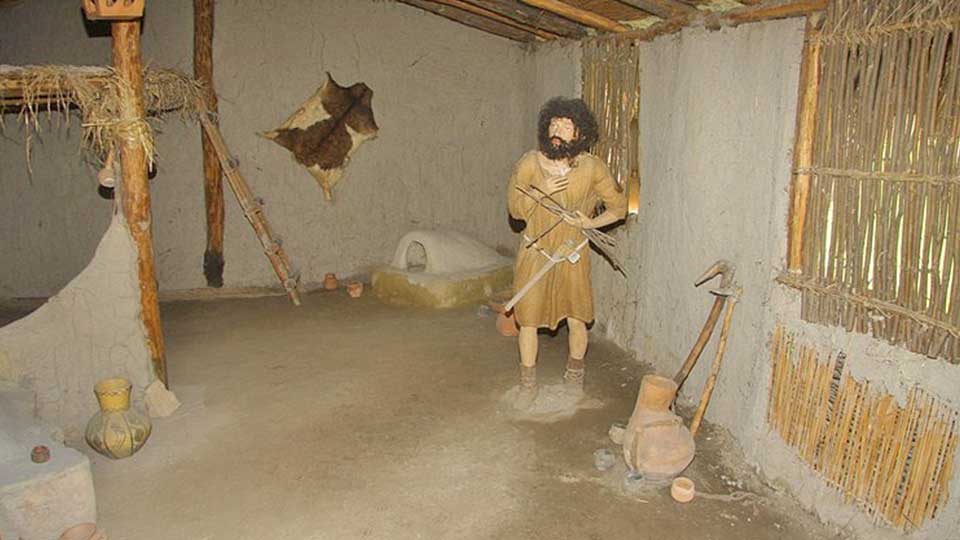 They were all above the ground, with a rectangular or quarter-shaped base, built of massive timber and mud. Almost in every facility remains of fireplaces, stoves and many large objects of material culture were found. Certainly the most common are ceramic vessels, which show wide typology of both shapes and decorative motifs. They are performed in the techniques of barbotin, impreso and bichromatic painting (brown on a red basis). In the ornamentation of most of the vessels, in addition to technological and artistic aesthetic values, there is a certain symbolism (rain, grain glean, water). It is associated with the everyday preoccupations of the Neolithic human. In addition to the ceramics, the discovered cult plastics, especially the anthropomorphic one, which is artificially released from the old traditional patterns, is also significant. The Great Mother Goddess - the protector of fertility, is represented in a way that is currently unknown among Neolithic cultures from other Balkan areas. She is a goddess with narrative iconography, which is enriched with paleo-ethnographic features. 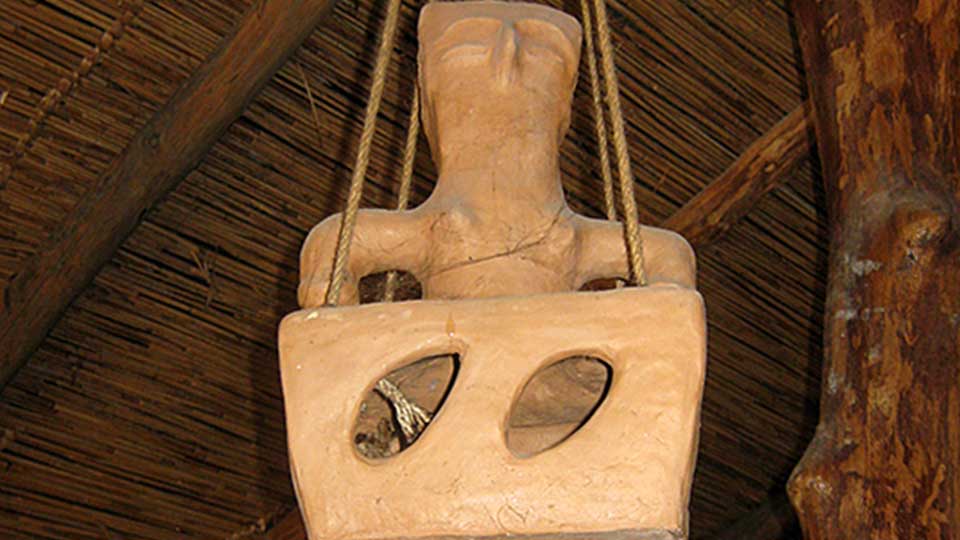 More information about Tumba Madzari can be found on this website.