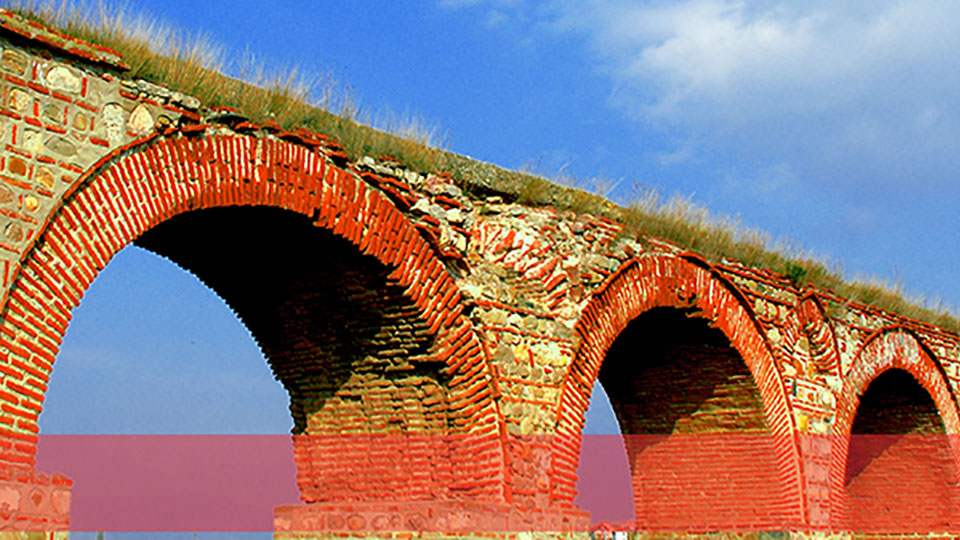 The archaeological site Skopje Aqueduct is presumed to have been built by Justinian I during the period 527 - 554, which is why it is also called Justinian’s Aqueduct. There are also assumptions that it was built in the 16th century, during the Ottoman Empire. The aqueduct is located north of the center of the city of Skopje, at a distance of 3 km of air line from Macedonia square, i.e. 5-6 km road distance. 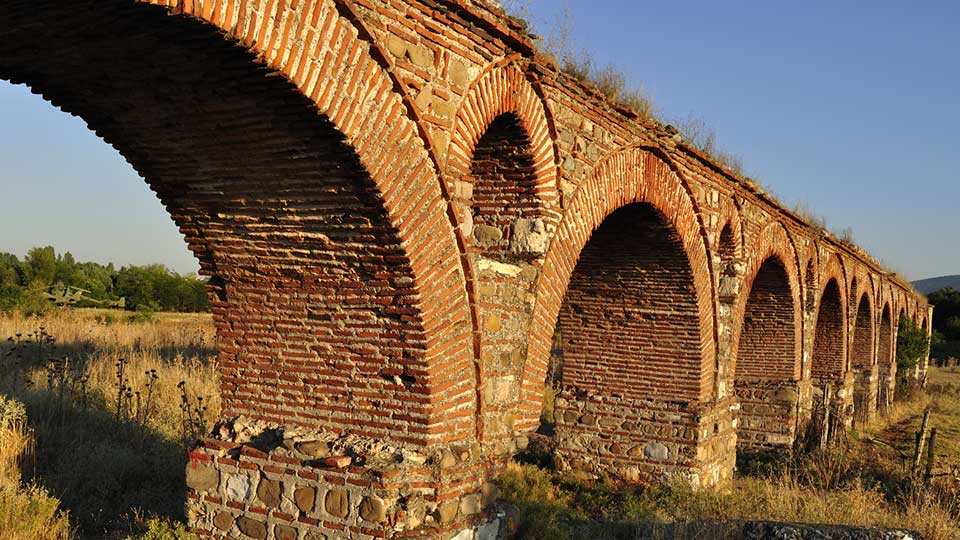 In its architectural composition, the archaeological site Skopje Aqueduct in the north-south direction contains two access ramps, 53 pillars, 54 basic and 42 smaller arches on the enclosed facilitating enclosures and open openings over the pillars. The total developed length of the cultural monument is 387.98 m. The height of the southern ramp is 279.46 m and the northern ramp is 280.485 m or with a deviation of 1.025 m in the existing state.

The appearance, the condition, the dating and the functioning of the Justinian's water supply system and the monumental facility of Justinian's aqueduct include several old drawings and photographs. There are also records from famous historians and chroniclers. There are also records of foreign travelers about the Skopje aqueduct, and there are also records from diplomats and visitors. But also notes from guides and papers by military personnel, engineers, art historians and all sorts of scientists are important. For example, in 1560, the nameless Venetian traveler on the Skopje Aqueduct sees 60 openings. In 1669, the English physicist Dr. Brown wrote that the aqueduct is "a beautiful ancient facility, which makes great pride to this place" and that the aqueduct has "two hundred openings".

Many historians quoted Procopius (the famous chronicler of Justinian's rule). According to Procopius, the water supply system was constructed in the period from 527 to 565. It is also believed that there is a similarity of the technique of building the aqueduct with that of Kurshumli an in Skopje. It is said that it did not originate from the Byzantine period, but was built during the 15th century. That is the time when the City of Skopje began to increase intensively. New Islamic buildings were built: amams and mosques, for the construction and operation of which large quantities of pure water were needed.

The Skopje Aqueduct was last renewed after the Skopje earthquake in 1963, when three arches and two pillars were repaired, which fell due to the force of the earthquake. 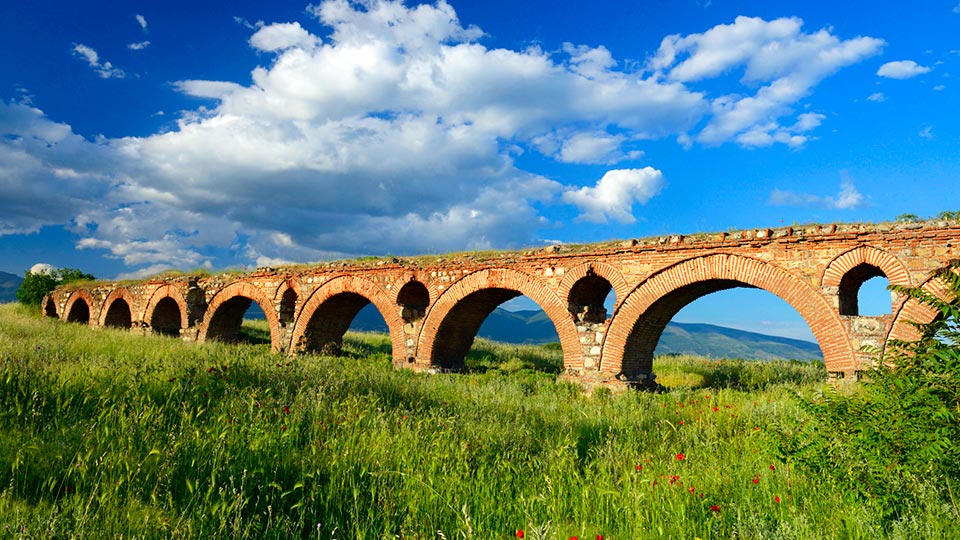 More information about Skopje Aqueduct can be found on this website.