Always closely linked to their native land, the Macedonian people have mostly lived through centuries of tradition transmitting it from one generation to another, and thus creating an unusually rare material and spiritual culture which bears some patriarchal characteristics. True folklore cannot be bought or sold, but has to be learned through toil, sweat, tears, and, sometimes, even blood. Contrary to some who abuse its name for self-serving interests, it is not mere entertainment to amuse the throngs or to pander to an audience.

Rather, it should, as with all true art, stimulate, educate, irritate, and, hopefully, lead all who are touched by it to a new level of insight. At the same time, by its nature folklore is also accessible, not merely to an artistic elite, but to all who pursue it with passion. It will take all of your concentration, creativity, and passionate effort to capture its essence, to add to its richness, and to transmit it undiluted to the next generation so that they, Macedonians and others may yet know its sublime beauty and glory.

Particular attention Macedonian had paid to the design and decoration of their clothes, so that national costumes and jewellery are the most expressive and the most numerous examples of the traditional creativity of the Macedonians. The national costumes in Macedonia (created over a long period of time), preserved the traces of old cultural influences, and in their way of development fit the elements of old Balkan, Slav and Oriental culture. Above all the product of domestic textile manufacture, the Macedonian national costumes are characterized by richness and ornamentation. Western Macedonia, especially divided into smaller regional units with different ethnic characteristics is a real mosaic of various beautiful national costumes, where the women's costumes are of special interest.

Decorative Macedonian embroidery, characteristic in the forms, technically complex and of picturesque colours give special expression and distinction to the national costumes. The women's gowns are especially decorative, and are the main bearer of this kind of traditional artistic creation. Embroidery is not only an artistic expression and the essential element but the most characteristic of the costumes of different regions. All of that is an historic heritage that makes Macedonia proud. 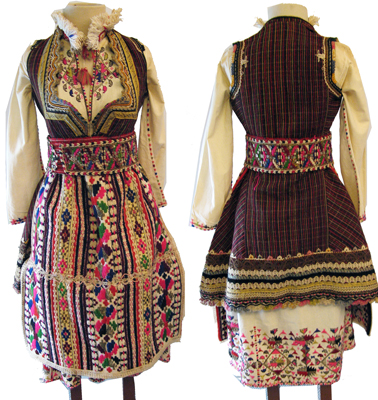 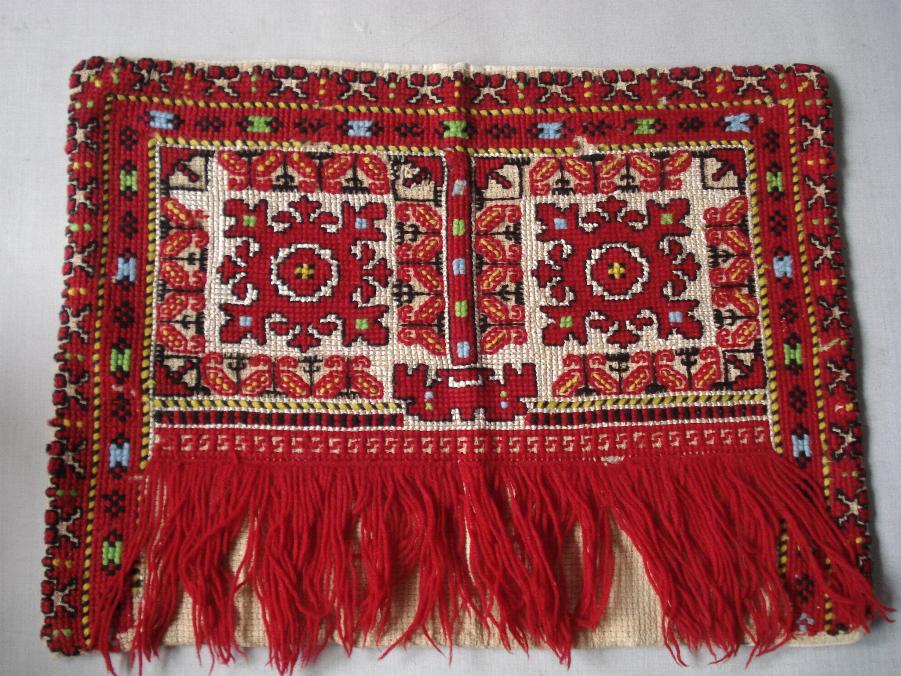 Most of Macedonia's colorful folklore consists of folktales and aphorisms (witty sayings). The following are typical aphorisms: "Falsehoods have short legs" (lies are soon found out); and "Begin a task, but always have its conclusion in mind" (finish what you start.) (Link do natinal quotes).

Like its people Macedonia’s musical instruments have mixed origins. Many were brought to this land with the various invaders passing through over the centuries, while others are home grown. Playing traditional instruments is seeing a small revival in fusion music and in the revival of ethnic festivities. 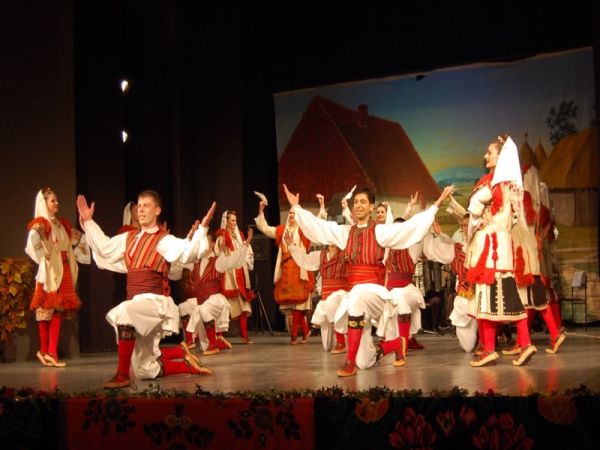