Golem Korab (2753 m) is the highest peak of the mountain Korab, and at the same time the highest peak in the Republic of Macedonia. The Korab Mountain is part of the National Park Mavrovo. The peak is located in the northern part of the mountain, on the border with the Republic of Albania. The peak is quite steep, especially on the Albanian side and built of Triassic limestone. Due to the high altitude, nearby and at the base there are traces of pleistocene glaciation: cirques, shafts, moraines, etc. Below the peak flows Dlaboka Reka (right tributary of Radika), on which lies the Projfel Waterfall 133 m high. 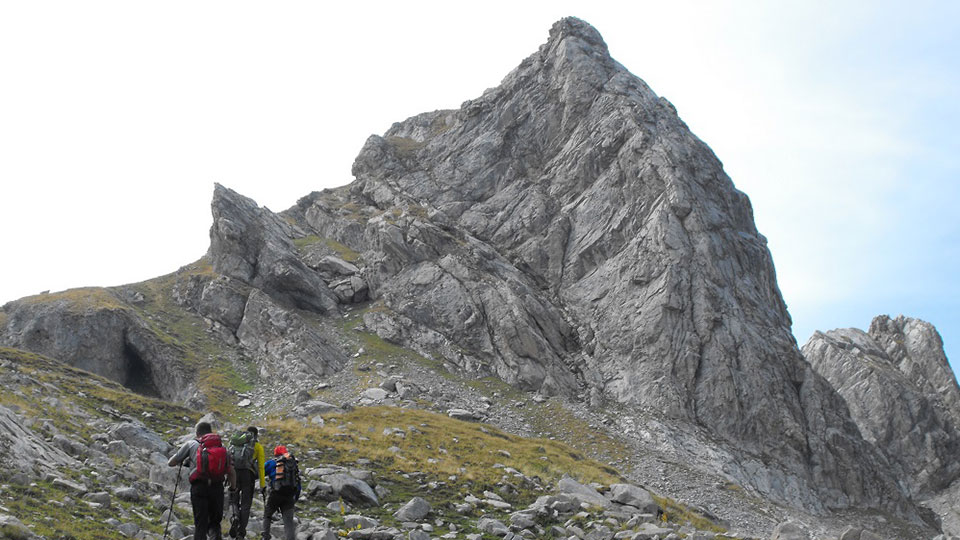 The best and easiest way to climb "Golem Korab" is to join the traditional international climb, which is held in the beginning of September every year on the occasion of the 8th of September the Independence Day of the Republic of Macedonia. The peak is sharp, rocky, bare and a stunning panoramic view stretches out from it. If you decide to spend 2 days, you need to have a tent and a sleeping bag with you.

The Korab mountain massif rises from the right valley side of the Radika River, that is, on the west side of the Mavrovo National Park, in the final western part of the Republic of Macedonia. The Korab massif consists of three mountains, which complement each other in the direction from north to south (Korab, Desat and Krchin). The boundary between them is difficult to determine. For the people living in the foot of this mountain massif, for the northern part, the name Korab is known, for the central Deshat, and for the southern part Krchin. The Golem Korab Mountain rises in the northern part of the Korab mountain range, on the move from the peak of Sherupa (2,092 m) to the north, to the high-mountain zone Deshat (1,959 m) to the south, with a length of 26 km. The highest peak is Golem Korab (2,764 / 2,753 m). Among the high mountain peaks there are high mountain passes, among which more significant are: Golema Korabska Vrata (2,062 m), Mala Korabska Vrata (2,460 m) and Ciganski Premin (2,300 m). 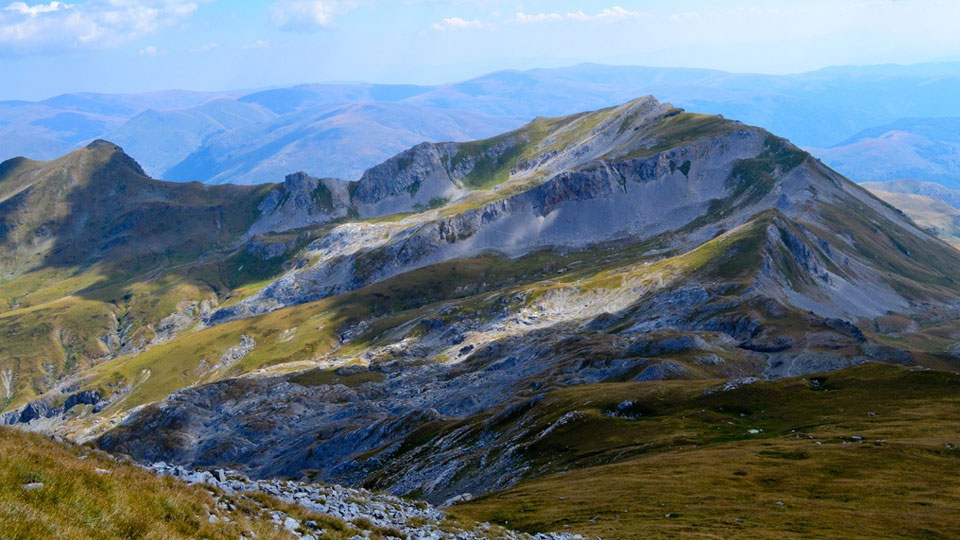 More information about Golem Korab can be found on this website.