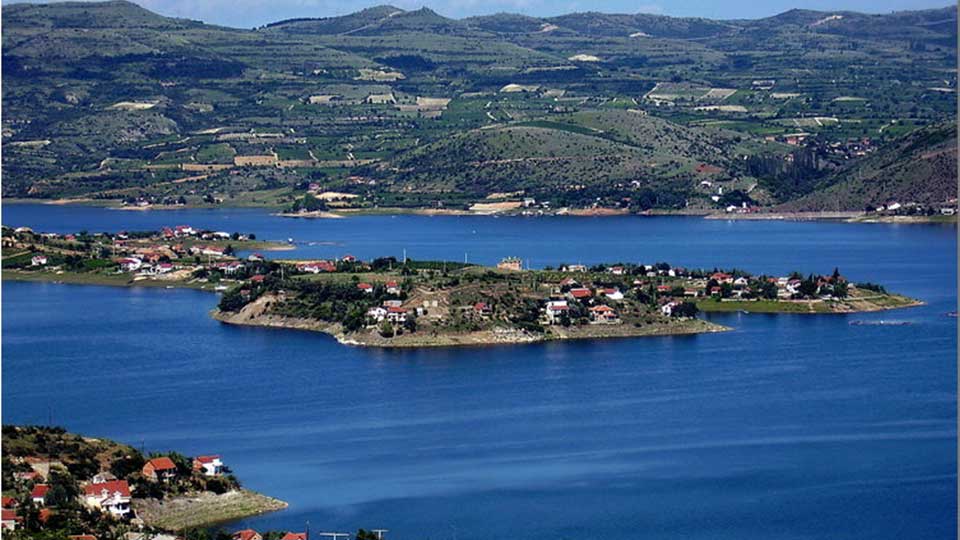 
Tikvesh lake - a destination for recreation

Located on the very river bed of Crna Reka, 12 km southwest of Kavarci, i.e. 3 km south of the village of Vozarci, at an altitude of 165 meters, Tikvesh Lake is at rest. It has a conical shape, and it extends in the north-south direction. To the north it is bordered by an artificially created dam near the village of Vozarci, to the east with the areas of the settlements Brushani, Resava, Begishte and Kumanichevo, as well as the Vitacevo Plateau; in the west it borders with the areas of the village of Dobrotino, Pravednik and the mountain Visheshnica, and to the south with Mrezhicko and Klinovo. The shores of Tikves Lake are embellished with natural rarities and cultural monuments. The water temperature of 24 degrees Celsius makes Tikvesh Lake a suitable summer destination for various types of sports or for enjoyment in bathing. Archaeological sites in the coastal strip, cultural-historical monuments and the importance of preserving the genetic fund of the ornithofauna make the Tikvesh Lake an interesting destination for research.

Tikvesh Lake is the largest artificial lake by the area, depth and length in our country, and second by the total quantity of water in it. It covers an area of 14 km2 and a length of 29 km. The total gross volume in the lake is 475 million m³ of water. The water from Tikvesh Lake is used for irrigation and for obtaining electricity. Irrigation is carried out through the hydro system "Tikvesh", and near the dam is the Tikvesh hydroelectric power plant. The lake was created in 1968 by partitioning the canyon of the river and constructing a 104 m high dam. 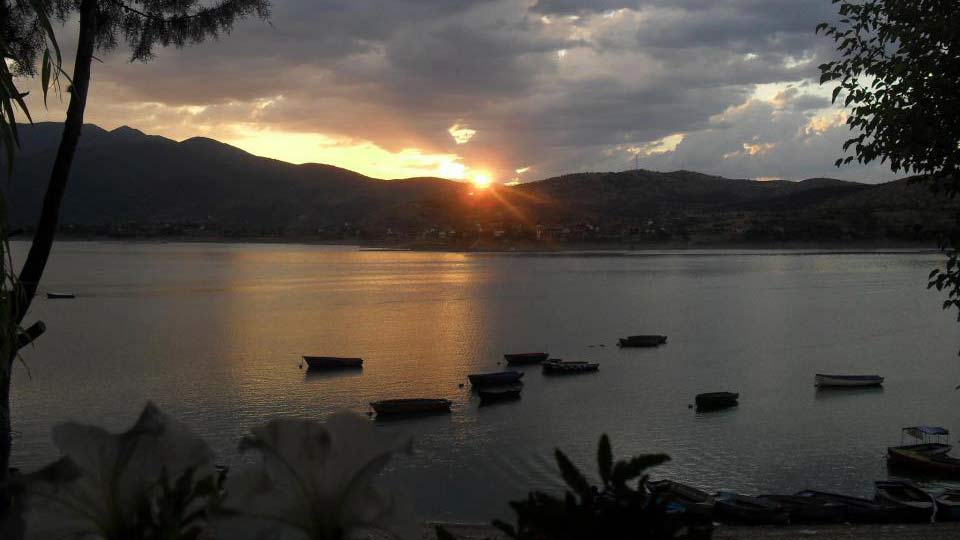 
Tikvesh Lake has three permanent islands. The largest one is called Gradishte, it covers an area of 2.3 ha and is not inhabited. It is covered with dense forest, and remains of former buildings can be seen, after which it is called. The other two are small islands with houses and accompanying facilities, at a very short distance from the coast. The one is in the area of Brusani, and the other is at the outflow of the lake in the river Blanshnica.

The Tikvesh region in terms of the climate is an area in which the Mediterranean, continental and mountain climates are mixed. The influence of the Mediterranean climate that penetrates from the Aegean Sea, along the Vardar River, significantly affects the increase in the average annual temperature. Tikvesh is one of the warmest regions in the Republic of Macedonia. Its average annual temperature is 14.1 C. The warmest month of the year is July, with an average temperature of 25.6 C. The central area of Tikvesh was one of the driest areas in our country. The annual average precipitation for the entire area is about 420mm, most of which fall into the non-vegetation period. With the construction of the reservoir, the climate conditions in the Tikvesh region have clearly changed. In the last decade, the autumn-winter period is very rich in precipitation, which in turn contributes to lowering the average temperature in this region. The period is characterized by a slightly lower temperature, so now it has milder winters and fresher summer periods. 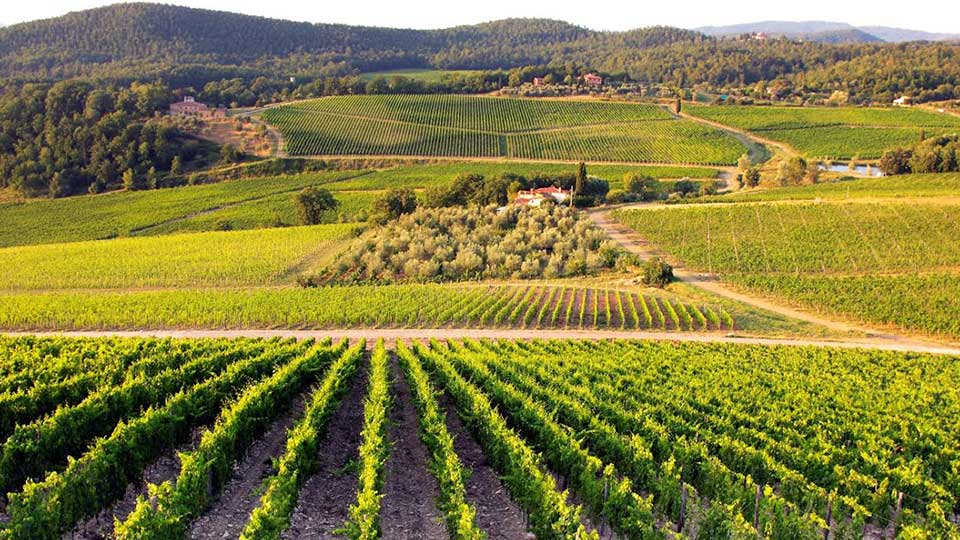 Mountain massifs that surround the Tikvesh Lake are poorly forested. Forests are mainly deciduous and with low bushes, which can not be used for industrial purposes. The following species are most commonly represented: oak, hornbeam, yew, wild foya, Phillyrea, juniper, while pine is very rarely found on the upper side of the lake. On the middle part of the lake, on the left bank, north of the locality Polosko, there is a tree called “Naked Man” (Arbutus andrachne), which is evergreen and rarity in Europe. It is characteristic of the forests, especially the oak that is rich in acorn and is a good food for a large part of the animal species (tame and wild). 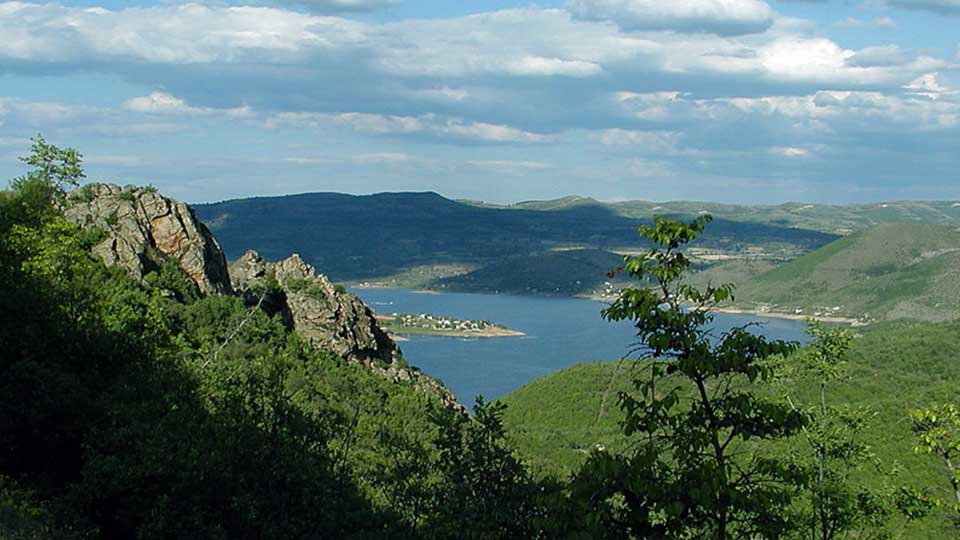 It is important to note that in these mountainous areas there is diverse game, most of which are: wild boar, deer, wolf, fox and rabbit. Big livestock is bred along the whole coastal area: the cattle of the Busha breed, which is practically the most common, as well as, a small number of animals used for transport: horses and mules, while from the small livestock, goats and a small number of pigs are bred.


With the construction of the reservoir, on the entire coast of Tikvesh Lake, various species of lake birds were settled. The most numerous are: cormorant, gray heron, wild white gulls, through the winter period - wild ducks. Also, on this area, especially the rocky area, on the mountain Visheshnica and Golema Rudina, various birds of prey can be found. The most characteristic are: the neophron percnopterus, the white-headed eagle and the bearded eagle that are in extinction, then the falcon, and so on.


In Tikvesh Lake there is a presence of many fish species, from which available to fishermen are the carp, Carassius carassius, rudd, chub, nase, belvica, barbel, perch, Perca fluviatilis, and a kind of catfish. Although represented only by one species of its family, the catfish is distinguished by its characteristics. Tikvesh catfish can reach a length of over two meters and weigh of over 100 kg. This area is also a nature reserve where bird lovers can observe 23 species of birds of prey, making it one of the most important ornithological places in Europe.

Cultural and historical monuments on the area of Tikvesh Lake

There are many archaeological sites, settlements, monasteries and cultural and historical monuments in the area of Tikvesh Lake, which have not yet been explored. They represent cultural and historical treasures in our country. In the more recent period, that is, from the Second World War, there were also places that played a role in the NOB. From the ancient period of this area, several sites were discovered, such as the Roman cemetery near the village of Klinovo and the settlement Crkvishte. Significant localities of the medieval period are: the Tikves settlement, the cave church St. Lazar (near the mouth of the river Kamenica in Tikvesh Lake) and the Polog monastery "St. Gjorgji" (monument from the 19th century), and the cave church St. Marko (near the village of Dradnja).. 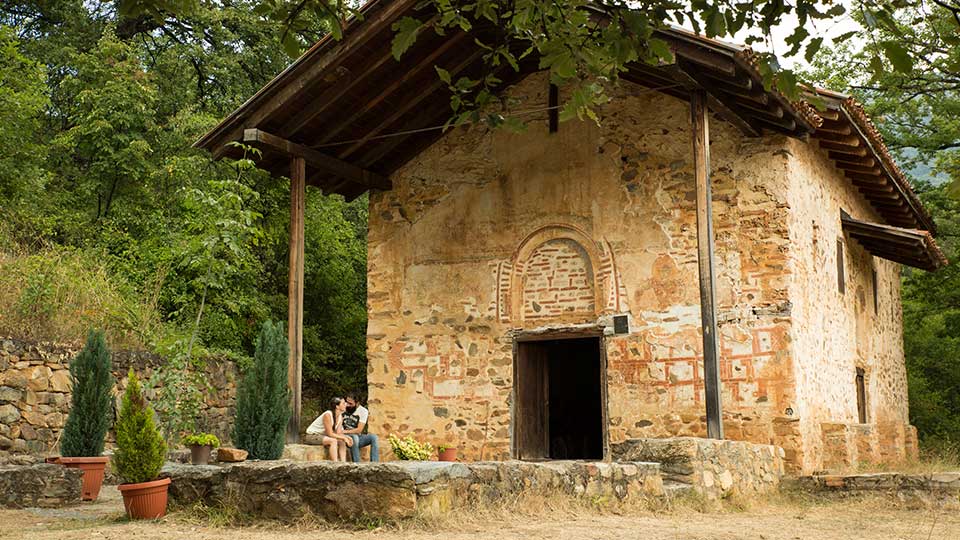 One of the precious decorations on the banks of the Tikvesh Lake with cultural and historical value is the Polog monastery with the church dedicated to St. Gjorgji, an important monument of culture from the 14th century, richly decorated with frescoes. It is thought to have originated from the end of the 9th century, because it is very similar to the Ohrid church buildings based on its architecture. The lake coast is also a popular destination for rest and recreation, and several fishing attempts with reed, on which many weekend houses are built.

The locals will tell you a Tikvesh fishing story that is transmitted by generations. A legend of huge fish in Tikvesh Lake that swallow whole boats together with people in them. Legend or not, unusual fish at the bottom of the lake have more recently been detected by diving expeditions, as well. It is assumed that catfish living in the Tikvesh Lake are very old and of incomparable size. According to the fishing legend, it is believed that the biggest catfish is as big as a whale. Catfish are lazy creatures that move in the sand at the bottom, and on the surface they go out just to open their mouths waiting for something to enter. It's not excluded that you have the luck to see one of these water beasts. 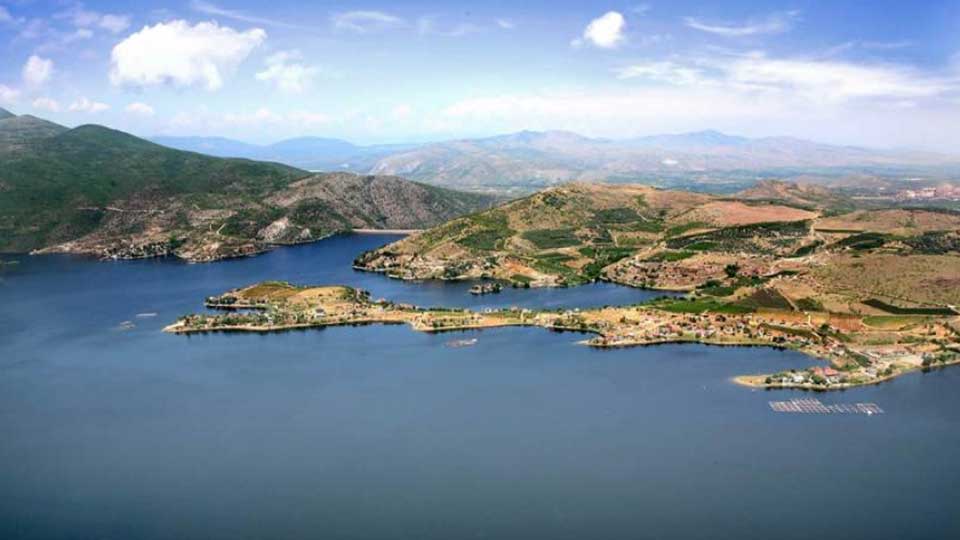 More information about Tikvesh Lake can be found on this website.