Mediterranean ambience on the shores of Dojran Lake

The true place where you can feel the climate influence of the Mediterranean is the surroundings of Dojran Lake, in the southeastern part of Macedonia. Openness to the south and low altitude (148 meters) cause the average annual water temperature to be around 15-18 degrees, while in the summer it reaches even 25-27 degrees, so you may think that you are in the waters of a tropical lake . A true Mediterranean ambience on the shores of Dojran Lake. 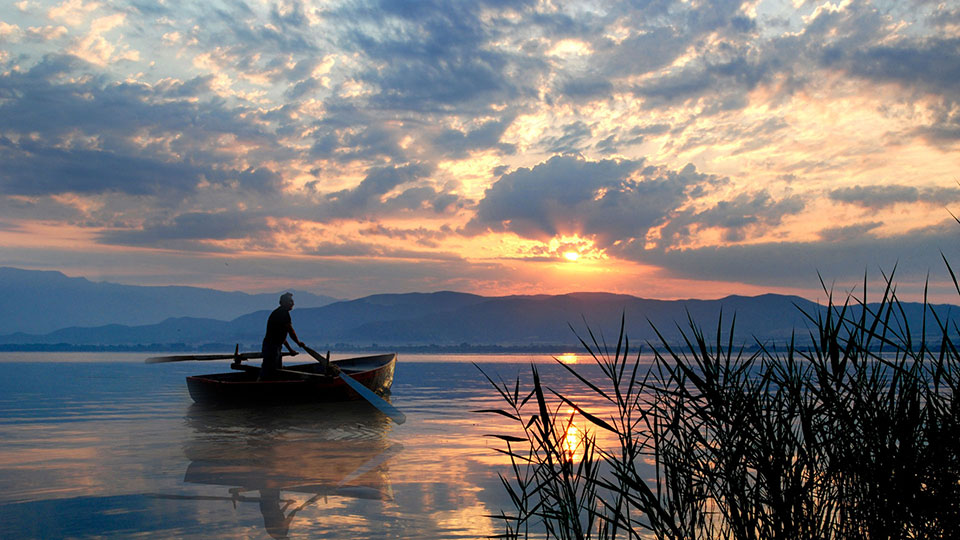 The healing properties of the mud from Dojran Lake

Lake Dojran, with an area of 43.1 km2, is the smallest tectonic lake in the country. At the same time, the most shallow one - with a maximum depth of 10 meters - it is a relict remain of the former Pleocene Peony Lake. Beside the west coast of Dojran Lake there are two fishing settlements Star and Nov Dojran, which are getting closer to one another, making a natural connection. The summers in Dojran are hot and dry, and the winters are mild and wet. The abundance of endemic algae species that live in Dojran Lake will allow you to breathe iodine, and do not miss to apply on yourself a bit of the healing Dojran mud. If you are looking for a place of rest and tranquility, in an embrace of a Mediterranean setting, surrounded by the unique beauty of the surroundings, then Dojran is the right place for you. 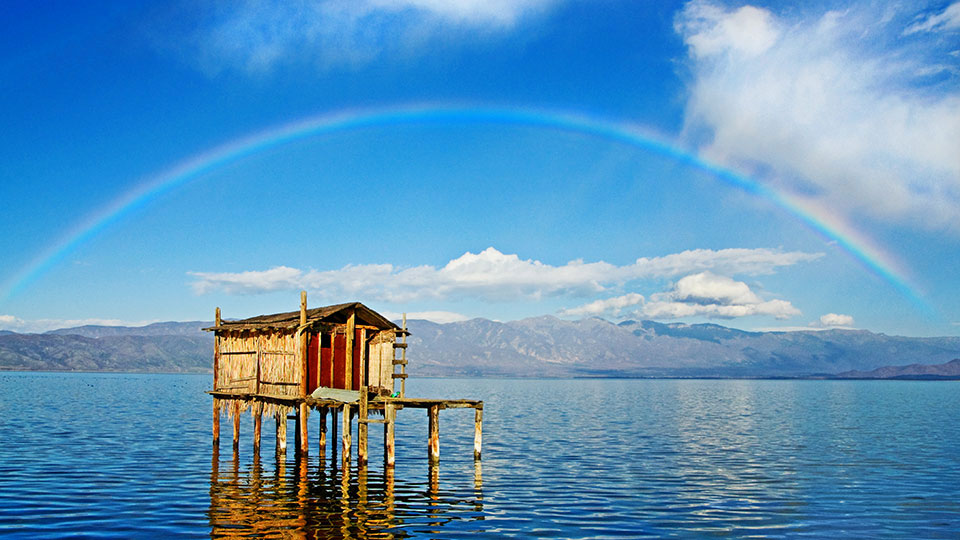 In the place of today's Dojran Lake, a wide valley stretched out with lush meadows and various gardens. In a raised place there was a large well where people from nearby settlements filled the water and closed the well with nine locks. One day, the most beautiful girl named Dojrana went to get water, while her boyfriend Labin was waiting for her at the well. Exhilarated by his caressing, she forgot to close the ninth padlock. Water started flowing from the well, which flooded the entire valley. Thus, Dojran Lake was created, which was named after the girl Dojrana.

The flora and fauna of the Dojran Lake

Dojran Lake is an eutrophic lake, due to the large production of organic matter. It is rich with phytoplankton (of which the most common are the blue-green algae Cyanophycea) and zooplankton (of which the most common are 23 species of shrimp and several shells). High production of plankton means fish wealth. In Dojran Lake there are about 15 species of fish. Some invertebrates (especially dragonflies) and several bird species are listed on CORINE. 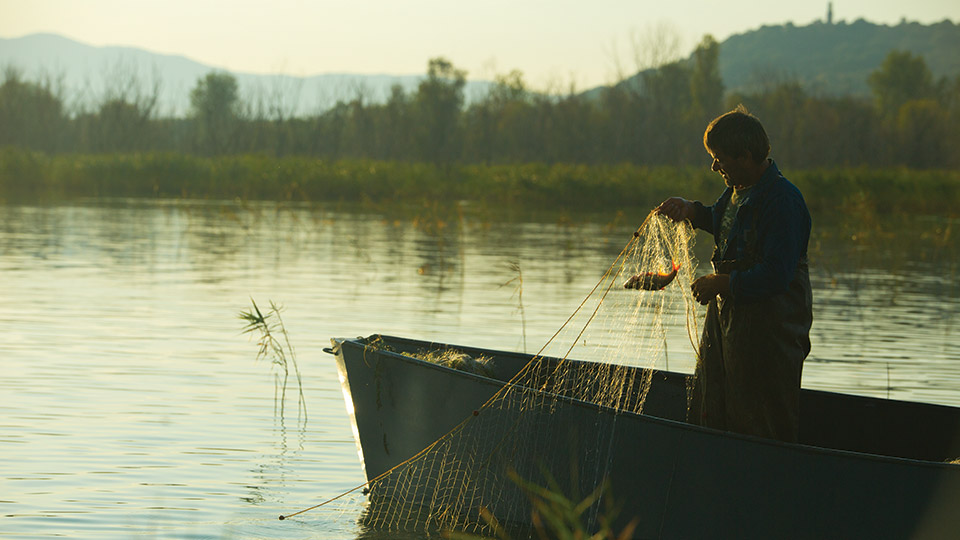 The Dojran Lake is known for its traditional way of fishing with the help of birds in reed fences, the so-called mandras. This is one of the few places in the world where fish are hunted with birds. The inhabitants of Dojran are especially proud of their fishing tradition. Mandra is a water area near the shore, which has a fishing house, and on the three sides it is enclosed with reed. Preparations for fishing in this old traditional way begin in October and last until March. In October the two sides are enclosed by the reed, and the side to Dojran Lake is left open. 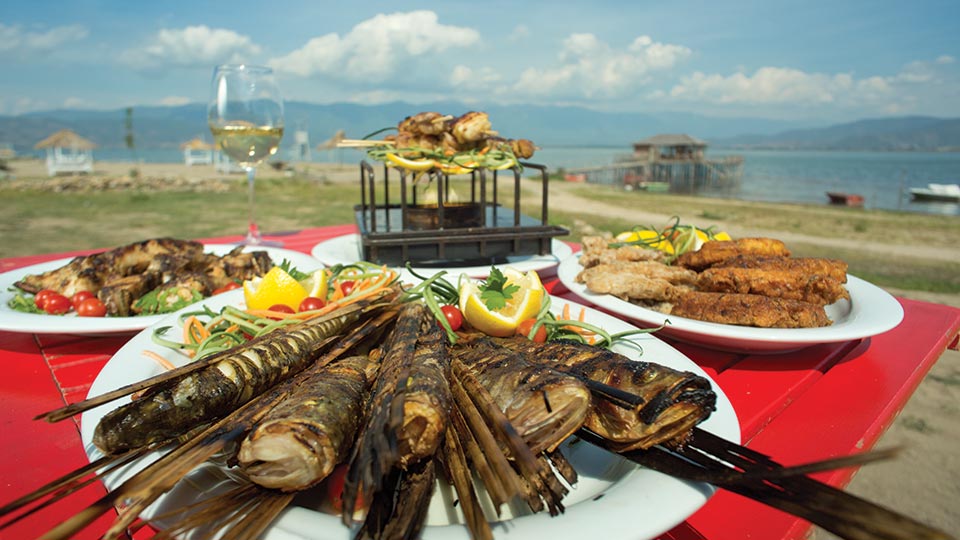 When the cormorants come during November, seeking food they approach the fence, chasing the fish in that direction. Fishermen, when they conclude that there is enough fish, also build the third part of the mandra from Dojran Lake. They catch the birds in a section called pilikatnik, they cut their wings and release them to the fence at the lake, which does not allow the fish to get out of the enclosure. Birds with cut wings are called argati. As time passes, the fence is becoming more narrow and approaches the shore, creating a small area called kotec from where the fish are drawn.


More informations about Dojran Lake can be found on this website.