Lazaropole is the second-largest village in the Mala Reka region, and at the same time one of the highest populated places in this region. It is situated in the middle of the tame nature on the Bistra plateau, at an altitude of 1350 meters, with a location that looks slightly secluded from the rest of the world. The name of the name Lazaropole is associated with a legend which is held as a tradition. The villagers from Glavino Selo fleeing from the Turks hid in the cave Kalina Dupka. They were revealed by the "mad Kalina" so that the Turks suffocated them with smoke from the burning fire. Only some Lazar was saved from the cave, caming out from the other side of the cave to the field where he founded a new village. From his name Lazar, who came out into the field and founded the new village, the name Lazaropole originated.

This village gave particularly skillful woodcarvers, painters and builders who went to work abroad. Characteristic of Lazoropole is the fact that the first church was built here in the Mala Reka region, during the period of the Ottoman occupation. The church "St. Gjorgija" was consecrated in 1841. Its interior is the first independent work by the famous Dicho Zograf. 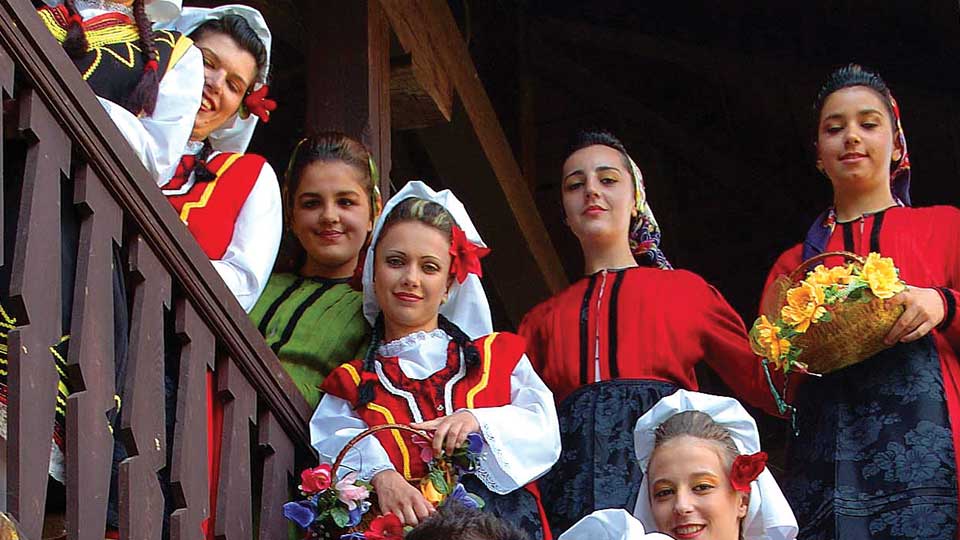 The local population has been known for years through the love and gift for the songs and folk dances. They were valued as unsurpassed in the folk dance lead. In this context, we must mention the famous folk dance, Teshkoto, which, by its beauty and difficulty, is overwhelming. With this dance, the folklore groups that existed in Lazaropole received significant awards and recognitions in almost all manifestations of this type that were held. Particularly significant is the participation of the folklore group Langolen, which is considered to be the highest level. They say, if you see a young man that easily and rhythmically dances a Macedonian folk dance, you know that he is from the Miyak region.

This village is the only place in Macedonia where the Lazaropole wild rose grows, and there is the greatest amount of rain there. Lazaropole is an excellent area for mountain biking, horse riding, paragliding and simply enjoying nature and the unique architecture. For the most capable and bravest, the famous cave Kalina Dupka also offers a possibility for a visit. It requires careful climbing, and the interior must be reached, equipped with the necessary equipment and escort. 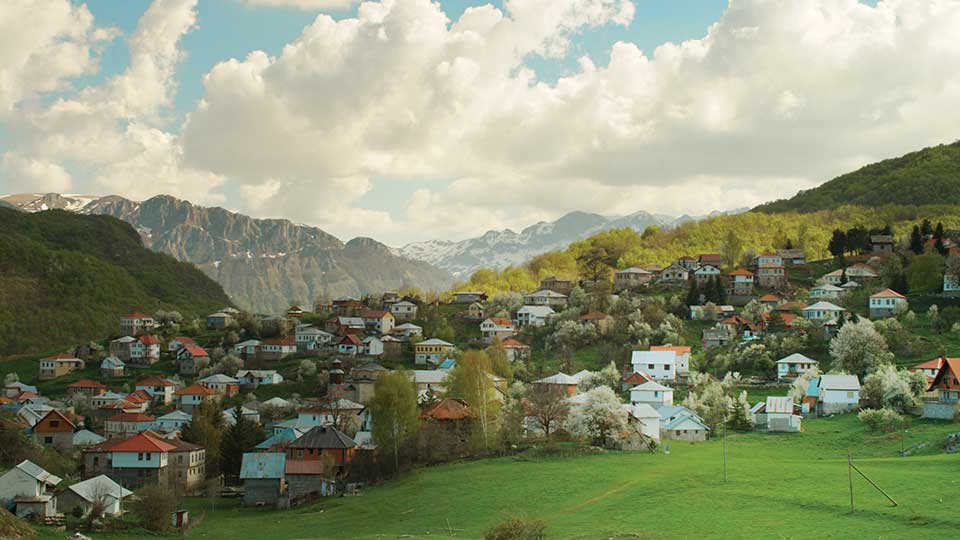 The most beautiful time to visit Lazaropole is in the late spring, when the colors of nature will fill you with peace of mind, and the smells of growing herbs will invite you to a walk in the surrounding forests or the plateau leading to the mountainous highlands of Bistra. The summers are fresh and the winters are mild, but the view is always magical - so in Lazaropole it is impossible to make a mistake about the period to pay a visit.


More information about Lazaropole can be found on this website.