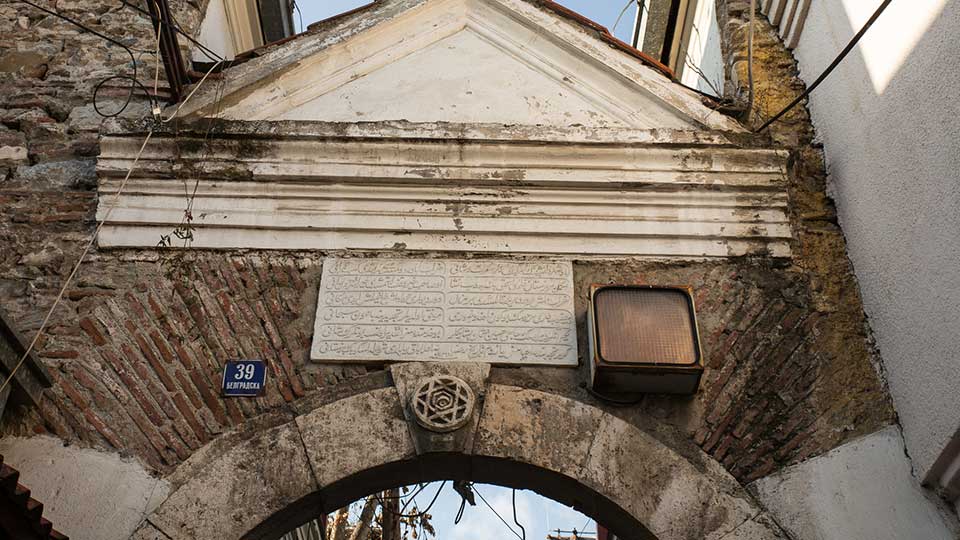 The Skopje Bezisten is located in the interior of the bazaar, just above the western entrance of Suli an. It was built in the 15th century, at the time when Ishak-Bey was the ruler of Skopje. Soon it became the center of the city's trade, around which the bazaar was built. Over time, it took on several functions that depended on the size and needs of the city. As a result of the 1689 fire, the Bezisten was completely destroyed. From the inscription on the plate placed on its entrance, it is learned that it was restored as late as in the period from 1899 to 1900. Among its new builders the names of Hadzi Hussein, Osman and Yashar-Bey are mentioned. Since then it has preserved its form to this day. 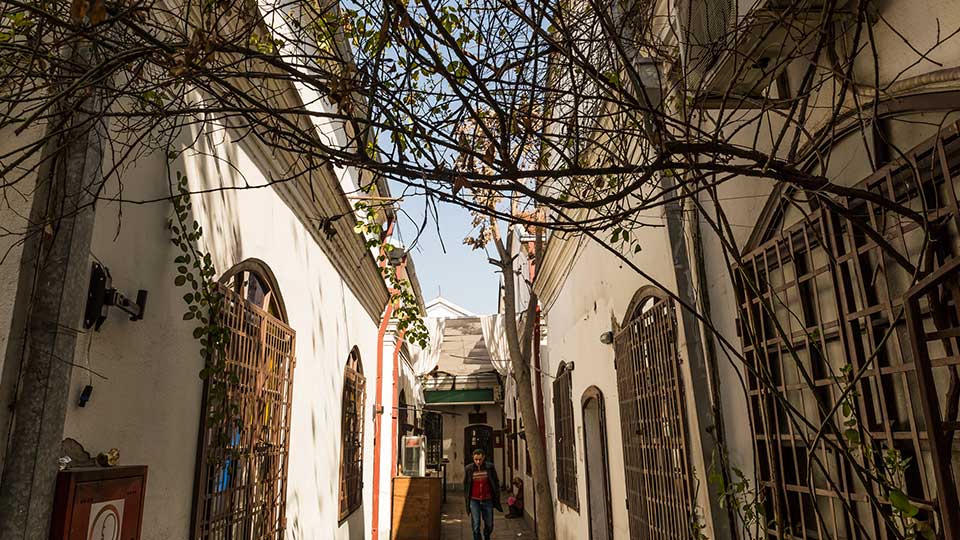 There are no credible data on the original appearance of the bezisten. It is mentioned in the records of several travelers, including Evlija Celebija. The first more concrete data were obtained during the reconstruction of the new bezisten in 1964 and 1965, when the remains of the walls of the old bezisten, its foundations and two pillars were discovered. According to the findings, the Bezisten built at the time of Ishak Bey was about one meter below the level of today's bezisten and had walls with a thickness of 2.6 m.


It belonged to the group of vaulted Bezstens, covered with several domes. In its present form, the Bezisten is a stone structure with a rectangular form, on which the influence of Western architecture is noticeable. It has four entrances, which are arranged in the central parts of the facades on all four sides. The interior consists of a system of streets, leading to two storey shops, covered with a trimmed roof. There are also two isolated two-story buildings in it.

More information about Bezisten can be found on this website.