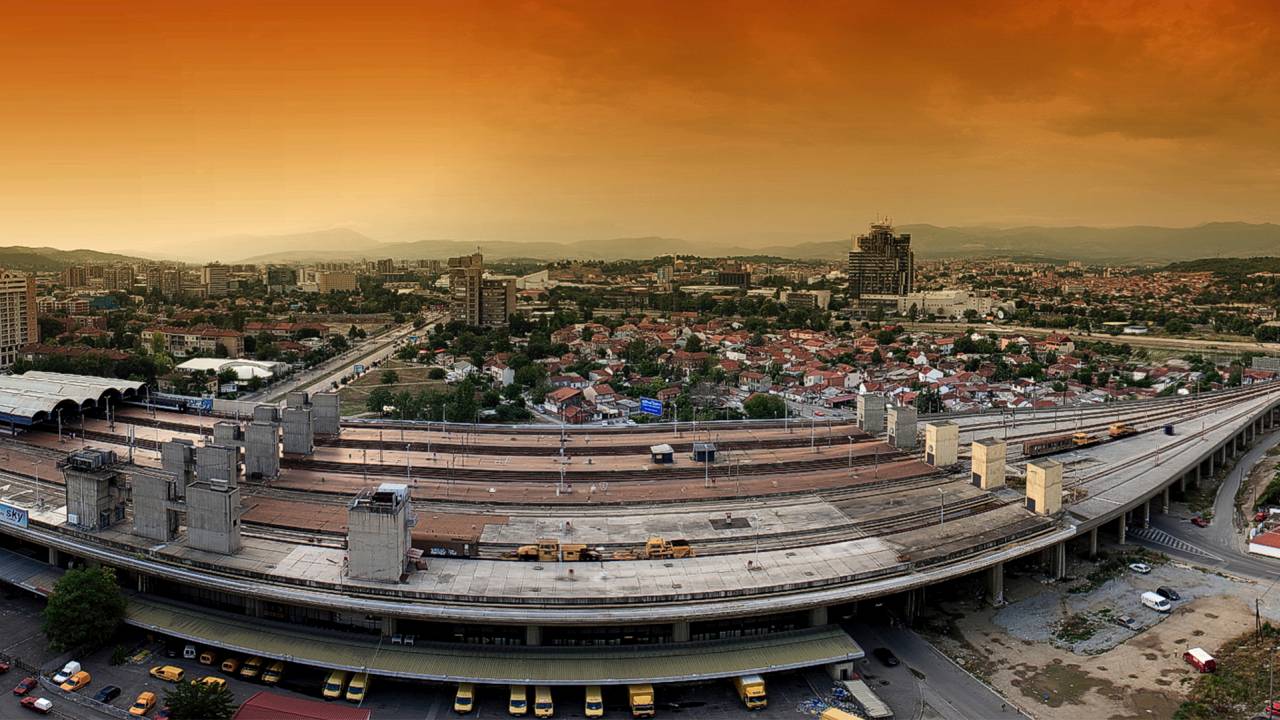 Macedonia has a well developed railroad system. It is connected to Kosovo and Serbia in the north, and to Greece in the south. All domestic lines are operated by Macedonian Railways (Makedonski Železnici, MŽ). The main station is in Skopje.

The principal line, and the route most visitors will travel, is the north/south rail link between Belgrade (Beograd in Serbian) and Thessaloniki in Greece, stopping off in Skopje, capital of FYR Macedonia with a population of 600,000.

The main north - south line from Niš in Serbia to the port of Thessaloniki in Greece on the Aegean Sea (Corridor X), passes through Kumanovo, Skopje, Zelenikovo, Veles, Negotino, Demir Kapija, Miravci and Gevgelija.

Bikes are allowed on certain trains. You'll need to buy a bike ticket in advance.