Distinguished as a cultural, artistic and educational center in the Slavic world, it takes root as early as in the 10 century B.C. as Desaretia, the name it had then been known by in the region. Under the name of Lychnidos (the City of Light) it grows into a well-known commercial center. This small city has always been interesting for many kings and generals, such as the legendary Cadmus who was the one who built it, then Philip II of Macedonia who conquered it and made additions to its architecture, and Alexander the Macedonian who often visited and stayed in it.

Great battles had been waged for Ohrid by ancient Macedonians, Romans, Ostrogoths, Slavs, Byzantines, Ottomans and almost all the other Balkan nations. During the 9 and 10 century A.D., Ohrid becomes the center of Slavic literacy, when St. Kliment opens the first Slavic University and develops the Cyrillic alphabet. As one of the most important Christian cities, Ohrid will grow into the source of an emerging style in the art of fresco painting (the first signs of the Renaissance, but in 1259), production of rare icons (Monastery of St. Naum), and specific church architecture (St. Kliment, St. Sofia, St. Jovan Kaneo, etc). With 365 churches in the 19 century and more than 50 churches still open today, on the shores of one of the most beautiful natural marvels – Lake Ohrid, with more than 20,000 beds in hotels and private accommodation facilities, Ohrid is the most important tourist center of Macedonia. In 1980, the city and the lake were inscribed on UNESCO World Heritage List. 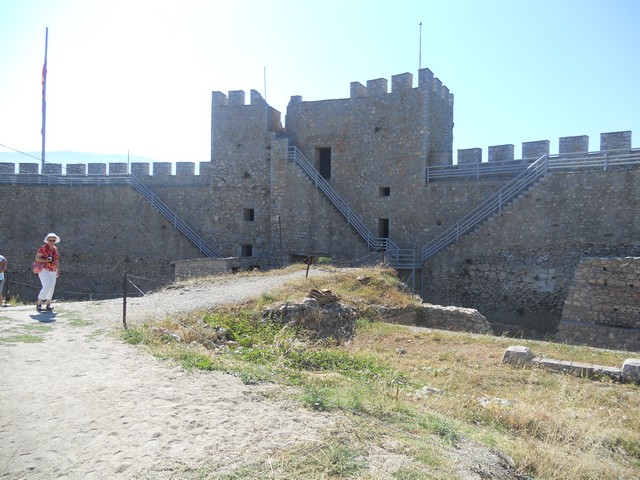 We start the Upper Gate on the hill – the only remaining open entrance to the old city, where we can enjoy a nice view of the old fortress remains. Then we move on to the church of St. Mother of God Perivleptos, where we visit the Gallery of Icons– famous for its extraordinary examples of Byzantine are in Macedonian icons. Then we continue to the Ancient Theater dating back to the 1 century B.C. – the era of Philip, father of Alexander the Great. The fortress of Czar Samoil is our next point of interest, up on the hill, with a wonderful view of Lake Ohrid and the entire Riviera from the ancient ramparts. We continue our walk to the church of St. Jovan Kaneo of the 13 century, one of the most impressive churches in Ohrid. It was built at a site of exceptional position, upon a cliff overhanging the lake, in the vicinity of a fishing village called Kaneo. From this spot, the path will take us to the lower part of the old city, where we are going to break for about 1.5 hours, to have lunch at a traditional restaurant. After lunch we are moving on, to approach St. Sofia – Holy Wisdom, where we stop without entering. The church dates back to 11 century and it is the official seat of the Patriarchs of the Macedonian Orthodox Church. Then we continue to the Archaeological Museum – the House of Robev Family, which features an exhibition of ancient artifacts, such as the statuette of the Goddess Isis and the well-known gold mask (which is still outside of Macedonia). Step by step we arrive at the city center and the port of Ohrid. We take a look at the monuments depicting St. Kiril and Metodij – the first Slavic Enlighteners, and St. Kliment – the Patron Saint of the city of Ohrid, and then we take a stroll along the old bazaar street which abounds in bars, restaurants, exchange offices, banks, pharmacies, boutiques, galleries. Our final point of interest is the oldest tree in the Balkans – Ohrid Cinar (plane tree /platanus orientalis). Return to hotel: after sightseeing is finished. 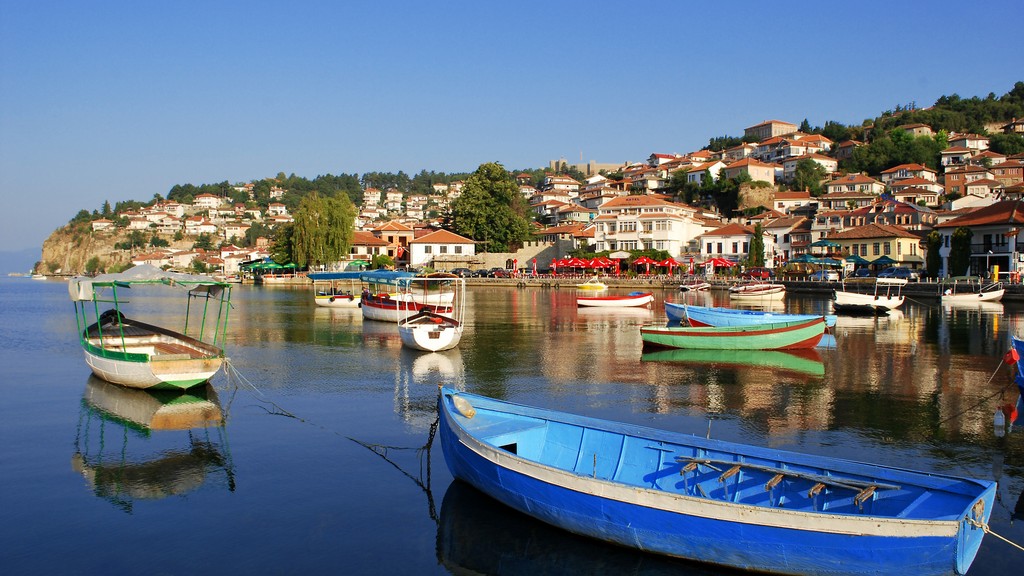