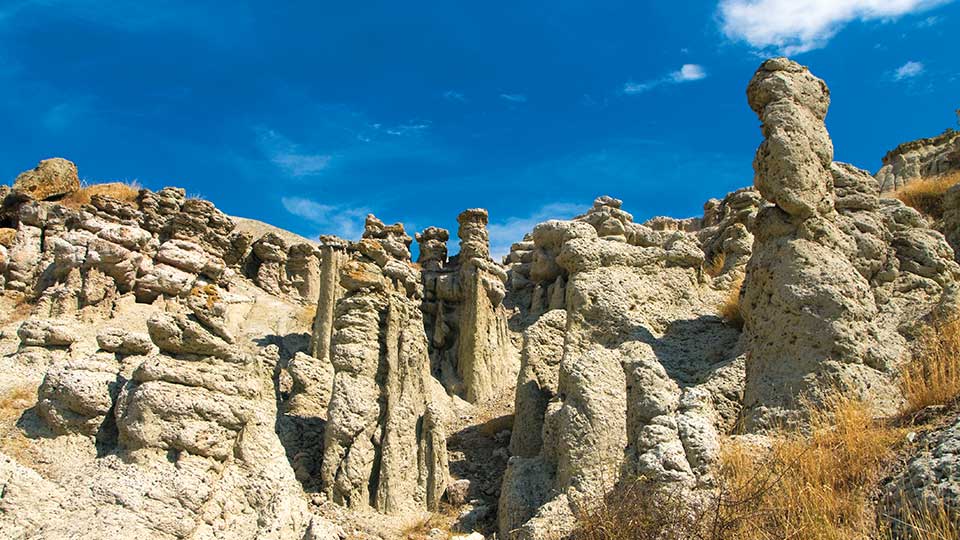 Kuklica is a small village of scattered type, located 8 km northwest of Kratovo. It is located on the right valley side of Kriva Reka, in its central drainage area, at an altitude of 430 to 700 meters. The region extends over an area of 13.7 km². On it arable land occupies an area of 468 ha, pastures 757 ha, and the forests occupy 81 ha. The village of Kuklica has an agricultural function.

The legend says that long ago a tragedy happened in the village of Kuklica. The boy in which a girl was infinitely in love, married another, and the disappointed girl cursed the newlyweds. When the wedding day came, it seemed that everything was fine: the in-laws were assembled, the other guests came, the celebration began. At the moment when the couple kissed, the curse was realised and all the wedding guests turned into stone. Even today the petrified wedding guests testify to the anger and the pain of the miserable girl. The villagers call the place "Joyful Wedding" because the wedding guests remained smiling, and the newlyweds were turned into stone, still in a gentle embrace. Because of these petrified "dolls", the place got its name - Kuklica.


With a bit of imagination, every visitor to Kuklica can complement the gaps in the story, because it is not known what happened to the girl who made the curse. The locals say that their ancestors tried to break up the curse of the girl in love but failed. 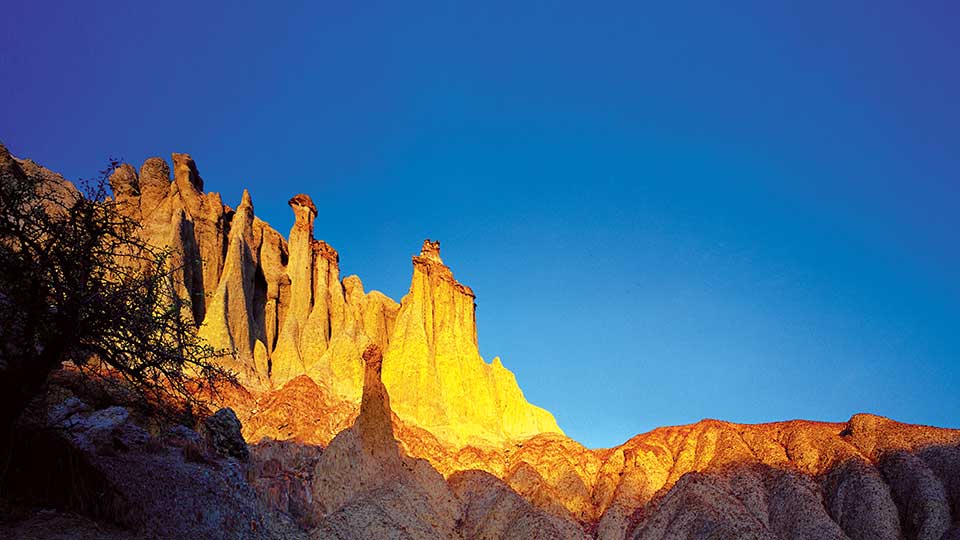 Scientists, however, claim that the stone figures were created 10 million years ago, when there were still no people on the planet. The vertical erosion of volcanic rocks created "dolls" higher than ten meters, which still dominate the tame environment today. Over time, nature made rare masterpieces from them. However, such a "wedding" can be found nowhere else in the world and this place is protected by the Agency for Natural Rarities within the Ministry of Environment.


Something similar exists only in Serbia, in the place Djavolja Varos. The local population says that every 5 to 6 years, both in Gorno and in Dolno Maalo, two sites divided by a hill, one new figure emerges. "The most striking are the bride and groom, who are accompanied by the best man and bridesmaid. They are the biggest and look each other in the eye," the villagers say.


More information about Kuklica can be found on this website.